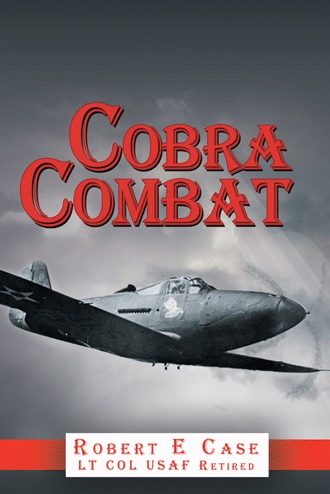 Collins came in low off the beach heading for the ridge. I broke my section off and looped behind him sneaking off to the right of the defensive line. Collins’ flight assumed a formation known as line abreast– each plane side by side approximately 25 – 30 yards between planes. They came roaring off the surf line 50 feet above the ground and hit the ridge square; four ships firing machineguns, cannon, and dropping bombs on the trench line. Coming off the surf the noise of the engines was masked and Collins’ flight caught the Japs by surprise.


The Japs were swinging their weapons to engage Collins’ flight as it flew behind them and didn’t see or at least didn’t react to my team’s attack. Just as the last plane from Collins’ flight closest to my path cleared the trench I swooped down immediately firing all my guns and cannon and dropping my bomb on anything that looked like a viable target. Before I cleared the trench my number 2 opened up and before he finished his run my number 3 commenced firing.


Again like clockwork, as soon as the last plane from my element passed the trench, Collin’s reformed element now attacked from behind the Japs, coming South to North. Again the horrendous noise as sixteen 50 and 30 caliber machineguns and four 37 mm cannon ripped into the trench and anything that happened to be there.


At some point I guess you actually feel sorry for the mugs. The only hope they had of survival was to get out of the trench and make for the woods – the few that tried were chewed up and those that stayed in the trench were annihilated. Like I said, you feel sorry for them and then remember one of your buddies that burned from 17,000 feet and all the sudden you don’t feel so sorry anymore.


The instant the last of Collins’ team had cleared the trench I started my run back down the trench coming West to East. Again we fired our guns and cannons but there was not much moving in that trench. Just for some overkill Collins told me to take my flight to top cover and called down the two birds that were orbiting overhead. They made a straight in run but there was absolutely nothing left to shoot at.


We caught the Japanese in several mistakes - they were supposed to build a trench line in a W fashion so that the earth would prevent what my flight did to them. Straight in shots along the length of the trench were simply devastating, even misses were funneled down the trench until they hit something. Don’t know how they did it but they managed to mount their heavy machineguns and anti-aircraft cannon on traverse wheels that apparently were able to bear fire either North or South but could not be brought to bear on the east to west flanks, the exact place they were most vulnerable. The last mistake they made was they hadn’t built any overhead cover for their trench. Don’t know if we hit them before they had a chance to build it or if they didn’t know to build overhead protection. Either way as Major Hecht was fond of saying – when you catch the enemy doing something dumb, make them pay for it.


There are not many rewards for this kind of work but we did get one the following day. Seems the US ground pounders that attacked that ridge basically had a walk in the park and took no casualties. That was passed to us in the squad hut before we headed out on another mission. That meant for that one day some mother was not going to get a letter from the war department expressing their sympathies for her loss, some father might have got to go home to his wife and kid, or some sweetheart returned to the girl waiting for him. Not saying they didn’t get killed or wounded later in the war but at least for that one day; because of what we did – no condolence letters were sent home and that kind of reward we could take to the bank.

That little voice was screaming in the back of my mind, but there was nothing wrong with the aircraft, so I overrode the warning and concentrated on the inner circle of the gun sight. The soldiers manning the gun pit started to bail out of the trench and beat feet from the impact area, and then it dawned on me. That little voice was not mine, it was a recalled instruction from one of the old heads – NEVER concentrate on the gun sight, always concentrate on the target. I was too low, I was going to auger in to the gun pit at over 354 miles per hour and at that speed they wouldn’t even look for the tiny pieces of my remains to ship home.

TV journalist Tom Brokaw’s book “The Greatest Generation” is the story of a generation born during the “Great War” who survived the Spanish Influenza, the Great Depression, and fought for freedom in a global war. To quote the author – “these men and women fought not for fame and recognition, but because it was the right thing to do. When they came back they rebuilt America into a superpower. No other society in history ever produced such a generation.”


Robert E Case was of this generation. He never thought he was anything special. He flew 167 combat missions against the empire of Japan in an antiquated underpowered aircraft against a numerically superior, better trained, and better equipped enemy and never once thought that what he did was anything special. He flew and fought when the United States was not winning, the enemy was not defeated or strangled by lack of supply, and the outcome of the war was unknown – yet each morning he climbed aboard his P39 Airacobra and took to the skies – and there was (according to him) nothing special in that.