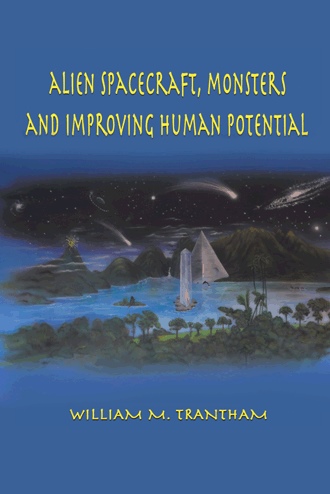 HOQUEST AIRPORT AND MY FIRST ENCOUNTER WITH UFOS The observation station where we stood out watches was an abandoned control tower at Hoquest Airport about two miles from my house. Daryl and I had the watch from midnight until 4 in the morning. We rode our bikes to the airfield. I took a sandwich and soft drink in my school lunch box to get me through the evening. The airport had two grass runways, a large hanger near the entrance, and a smaller one for aircraft storage out near the tower to the right of the main runway which terminated at a fence which ran perpendicular to the runway bordering a cow pasture. The other runway ran along that fence beginning at the south end of a large lake and ending at a huge electrical transformer station on top of which was a blinking red light. In back of the main hanger was an orange grove which separated the airport from a paved road by several hundred yards. The control tower and outermost hanger was quite isolated from the main part of the airport. There were no runway lights on the field. The tower from which we made our observations was constructed of wood with a stairway running up to the observation area which consisted of a roofed enclosure with large windows on all sides surrounded by a wooden walkway. Inside the building was a black dial telephone which we used to report aircraft sightings to the filter center in Jacksonville, Florida. It was a clear starlight night with no moon. We had just called in a twin engine cargo plane flying north at an altitude of approximately 4,000 feet when it began to happen. Daryl was outside on the wooden walkway. I remember the night was filled with the sounds of crickets, cattle, alligators and frogs going about their nightly chores. I had just sat down on the floor to eat my sandwich when Daryl ran through the door and said that there were weird lights in the cow pasture that I had to see. I walked out on the boardwalk and saw a green fluorescent glowing halo of brilliant light similar to Saint Elmo’s fire, bordering a stand of trees about three hundred yards west from the tower. Daryl said “Bill what do you think that is?” I said “maybe it’s the lights of the farmers car shinning on the trees from behind” As we talked I gradually became aware that all animals sounds had suddenly ceased and given way to absolute silence. The glow around the trees intensified and a strange tingling sensation passed through my body. Two disk shaped objects radiating light as bright as the noonday sun slowly rose up from behind the trees and hovered motionless about 30 feet above them. Everything around us was bathed in a flickering blue white light similar to that cast by an arc welder. We both ran inside and dropped down to our knees, nose on the windowsill staring at the scene before us. Time seemed to be suspended. Then the bright lights changed to brilliant bands of color sweeping from right to left across the face of the disks from red, to orange, to yellow, to green, to blue. The pattern intensified and the speed of motion steadily increased. I reached for the phone to report what we were seeing but instead of hearing a dial tone all I could hear from the receiver was a high pitched wine. I released the hand set and it fell dangling at the end of the cord. Suddenly the objects flew directly at the tower, the glass windows exploded silently blowing us backwards. There was no sound as we dropped toward the floor in slow motion, pieces of glass and our bodies frozen in stroboscopic flashes of light as we fell in freeze frame stop action. We hit the floor as the sound of the shockwave arrived seconds after it should have. Pushing up onto my knees it was obvious that the objects had traveled directly over the tower leaving behind two luminescent green trails of glowing gas extending back to the stand of trees from which they came. As these trails of gas descended they transformed into glowing golden particles which condensed into damp masses of material which resembled the angel hair used to decorate Christmas trees. It was draped over the railings of the boardwalk and spread over the damp grass below. I attempted to pick some up in my hands but as I did so, it dissolved and vaporized into thin air. I grabbed the phone again and the dial tone had returned. I said “Aircraft Flash Juliet papa three, three black, we have unidentified aircraft, which have just passed overhead.” “The shockwave blew the windows out of the tower and the aircraft are flying in the direction of Pinecastle Air Force Base.” There was a “wait one”, and then a captain Black said “what’s happening?” There was the “beep, beep” of the call being recorded and I repeated my message. Before I finished my conversation with the captain two jet fighters flew directly over the tower in pursuit of the “aircraft” we had reported. It was then I realized that we were bleeding from numerous small cuts from the broken glass and were both in shock. I still don’t know exactly what happened that night, or what those objects where. Up until that point in my life I had never even heard of “Flying Saucers” but from that night on I became quite interested in the prospect of life from other planets visiting the earth. I firmly believe the sea of space is the new frontier and the possibility of contact alien life a most interesting proposition.

Are UFO’s Alien Spacecraft from other planets or time machines from our future? How does their propulsion system function? Did our ancestors come to earth in spacecraft from another world? Are Stonehenge, the pyramids and the Nazca Lines temples to pay homage to a master race from the stars? Do we have to exceed the speed of light to travel to other planets or are there gateways here on earth to other worlds and parallel dimensions? Are dinosaurs really extinct? See the photographic evidence. Travel on a journey with the author as he takes you on a true adventure through man’s voyage into new frontiers from outer space, to documented encounters with alien spacecraft, monsters from the deep sea, and into the astral plane, realm of the disembodied dead. Explore inner space and tap the potential of the human mind. Discover the power of hypnosis, handwriting analysis, altered states of consciousness, body language, astral projection, and automatic writing. Learn to apply these tools in your own life to become a happier, healthier and more effective human being.

Professor Trantham has served as both an educator and administrator in the areas of biological sciences and psychology. He authored the curriculum framework for the Marine Environmental Technology Program at Florida Keys Community College and served as director of the program since it was approved by the state of Florida. He wrote the textbooks for his courses in Introduction to Biological Science, Environmental Biology and Marine Biology.” He was the mitigation biologist for the Naval Air Development and a licensed radiological monitor instructor for the Atomic Energy Commission. He operated a radiation monitoring system located at Florida Keys Community College for the Department of Defense. In addition he is a master hypnotist having worked with law enforcement agencies and the United States Coast Guard as well as numerous doctors in Monroe County hypnotizing patients. He served as the director of the Ethical Hypnosis Training Center of Southern Florida, the President of the Inner Space Management Corporation and the UFO Investigator. He is an “Expert Witness” in the field of hypnosis having consulted with the States Attorney’s Office and the Monroe County’s Sheriff’s Office on several murder and rape cases. Furthermore he has taught “The Utilization of Hypnosis in Criminal Investigation in Law Enforcement” to police officers at the college level. He developed a course in “Improving Human Capabilities” which he taught at Florida Key Community College for academic credit. He produced the television series “Improving Human Capabilities” which aired throughout Monroe County for 18 years and television documentaries on the active volcanoes, rainforests and nightlife in Costa to promote tourism. He has authored numerous grant proposals which were funded to train environmental technicians and educators in math and sciences for upgrading their teaching certificates. Clips from these grants were featured on CNN Science Update on three separate occasions.