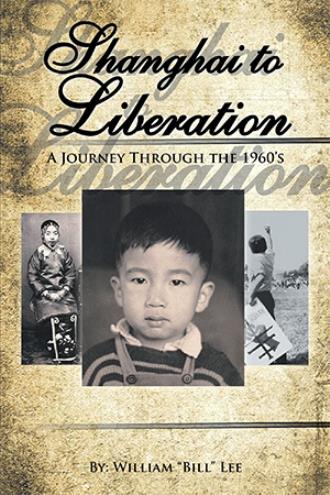 I can remember it vividly. It was late May in 1949, and the Nationalist troops had quietly abandoned Shanghai, China's largest and most important commercial city. Once a few Communist scouts determined that the city was cleared of the enemy troops, the Eight Route Army marched into Shanghai in victory without firing a shot. I could see them from my second floor window. My amah took me down to Nanking Road to get a better look. My mother and step father had left for Hong Kong. I stayed behind with my grandparents because my mother was pregnant, and the housing situation for my family in Hong Kong or subsequently in Taiwan was uncertain. My stepfather was in the diplomatic service of the Nationalist government, which necessitated their departure well ahead of the imminent arrival of the Communist army. My grandfather was terminally ill with throat cancer, and my grandmother did not wish to move him given his condition. On that day in late May, our household was tense. "After all, they are Chinese." My grandmother would comment trying to reassure herself of the decision she had made to stay in Shanghai in full anticipation of the regime change from the Nationalist to the Communists. Our family had live through the Japanese occupation, which included the slaughter of 250,000 civilians in the "Rape of Nanking." We had a house in Nanking, which is about 120 miles west of Shanghai, and heard about the Japanese soldiers using babies for bayonet practice to terrorize the civilian population into submission. Her implication and hope was that the Communist could not be as bad as the Japanese, after all they were Chinese. The tension stemmed primarily from the uncertainty caused by regime change. While it was not clear at that time to my grandmother, this was Mao's peasant revolution. It was a revolution directed at the class my family represented. My grandma, Mary Nieh, was the granddaughter of Tseng Kuo-fan. During the Ching Dynasty, he was the epitome of the conservative Chinese gentlemen – intelligent, honorable, loyal to his subordinates and obedient to his emperor. Because of his effectiveness in suppressing the Taiping Rebellion during the 1860s, he was appointed Governor General of Kiangnan Provinces. The Taipings were influenced by Christianity but also believed in the communal ownership of property. Because of that belief, their rebellion was considered by some to be the precursor to the Communist Chinese revolution which would succeed a century later. Governor General Tseng effectively and, according to some accounts, ruthlessly suppressed the Taiping movement. Because of his success in defending the throne, he was reward handsomely. At the time of the Eight Route Army's entrance into Shanghai, my grandmother's family had at least three houses in Shanghai and Nanking, substantial stock holdings in a silk factory and of course jewelry and other assets. The victory march of the Eight Route Army was not at all what I would have imagined, neat parade uniforms and bands playing marching music. It was a ragtag guerrilla army walking in silent single file. Some had rifles on their shoulders, and others carried submachine guns in their arms with bandoliers around their necks. Once in a while the line would be punctuated by soldiers pulling a wagon with a mounted heavy machine gun or small cannon. The most curious part of this caravan was three characters lying in boxes being carted along. "What is that grandma?" Grandma didn't know at the time but she later figured out that it was three characters in effigy, and the boxes represented coffins. The characters were Chang Kai-shek, Douglas McArthur and Harry Truman. When the march reached its culmination point, these characters were burned in effigy and numerous firecrackers were set off in the victory celebration. A couple weeks later the Nationalist Chinese Air Force bombed Shanghai. We had pasted strips of white paper against the glass window to prevent shattering. After the bombing, we pasted some more. During the bombing, we moved into the interior of the house away from the windows. I heard airplanes, anti aircraft fire, which shook the house, and two or three explosions. The power plant was hit and we lost electricity for two and a half days, and we later heard it was two or three aircraft. My family thought the Nationalist Chinese defense of Shanghai was pathetic. The troops departed before firing a single shot, and the air force return to bomb the city and caused us to lose electricity. The regime change had implications even for a four year old. I had two dolls that were given to me by my Aunt Maggie when she left for the United States to go to college. One was a military figure in parade dress of black and red with a white sash; the other was an American girl doll. I had one in each arm outside the kitchen door one day soon after the liberation. A number of older kids were making fun of me. A girl about eight came up and yelled "that is a Japanese soldier." "You shouldn't have that." She grabbed it out of my hand and ran off, while the other kids laughed. I was conflicted, I had been robbed on one hand but on the other hand thinking that it was probably a Japanese soldier doll and I was wrong to have it. She then came back and grabbed the second doll and ran off with the other kids egging her on. I was not conflicted any more. She robbed me. I went back into the kitchen and picked up the first thing I saw, the meat cleaver, and went after her down the street. Of course I could not catch them, and the meat cleaver was so heavy I could barely hold it up. My grandma gave me a good scolding when she found out. This was the first small step in the property redistribution that was our liberation.

This is a story of liberation from oppression and covers the challenges of a young man’s assimilation into American society during a time of great turmoil torn apart by the Vietnam War. This story is touched by Mao Zedong, Chiang Kai-shek, Mizmoon Saltzik of the SLA, Mark Rudd of the SDS, Che Guevara and Ann Romney. It is also a story about the kindness of many Americans, and the Author’s unabashed joy of becoming an American. California history during the 1960s is the backdrop for the story. In addition to the Watts Riots, this history includes Miss Teen LA contests, the first Beatles concert in the Hollywood Bowl, the original Bob’s Big Boy restaurant in Burbank, the design of the LA County Art Museum to float on a lake of tar, the planning of the Irvine Ranch for development into UCI and the city of Irvine, and the slaughter of the SLA in South Central LA.

Displaced by the Communist revolution of 1949, which the author witnessed as a young boy in Shanghai, his family moved to Los Angeles in 1956. Dropped into the Los Angeles public school system speaking no English at age ten, fellow students and teachers nurtured him through. Upon completing high school he was awarded a full scholarship to Stanford University. Shocked by the Watts Riots during college, the author made a commitment to help rebuild the central cities of the American West. With that commitment honored, he now takes the opportunity tell this unique story of his youth.