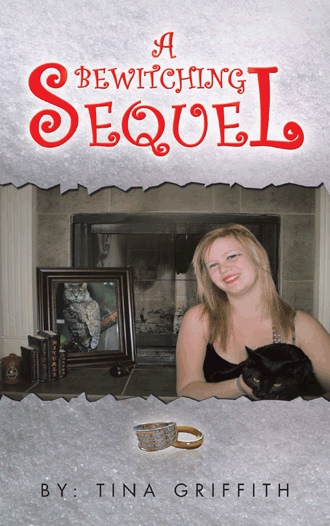 They both looked at the large color picture of their daughter, which had been taken a few years ago. It was plastered over a major article and covering half of the second page. Below the photo was a brief statement of interesting facts about Echo’s almost life-long tutelage under the guidance and careful watch of the most powerful person on Earth. The article went on to explain how the coven chose Echo to take Hilary’s place. The lovely couple read every word, and then were left speechless. Melissa moved back to her chair - more for support than for comfort. She removed the moving spoon from the mug and licked it while pondering the last few moments. “Well, how do you like that?” Sylveeno muttered to himself while leaning back in his chair. He was proud of Echo, but also quite relieved to finally know the answer to his odd feelings from when he got up an hour ago. He looked towards his wife while he spoke. “Our little girl is going to be the next Head Witch.” He was grinning from ear-to-ear, still not believing the whole situation. “I wonder if she knows.” Melissa smiled with the same thought. She could feel her body starting to relax as she now understood why her world felt so out of kilter. While she was terribly distressed with the news of Hilary’s passing, it was quite surprising to learn that her daughter was going to hold such an honorable title. The couple was caught off-guard when the broom from behind the kitchen door, fell to the ground. “Oh, oh”, announced Melissa without looking up. “Company’s coming.” Sylveeno smiled at his wife’s instinctive nature. Echo was up at 8am and an hour later was reading ‘The Witches Broomhandle’. The 26-year old, blonde-haired beauty was stretched out on her favorite red chair and petting her adorable pet, who was curled up on one corner of her lap. With each stroke across Piper’s black fur, the cat would sound off an approving purr. The automatic strokes stopped abruptly when Echo spotted a very captivating article on the second page of the weekly paper. “What? This can’t be true!” she gasped loudly. Horrified, Echo sat up very quickly, alarming the cat so much that she jumped off her mistress’s lap and ran down the hall. Echo read and then re-read the entire article, word-for-word. “What do I do?” she chanted over and over again. “This can’t be happening. I just spoke with Hilary two weeks ago and she seemed fine.” She needed to pause while trying to decide her next move. “Destiny!” she shouted and then dialed. As the phone rang, Echo tried to calm herself down. Knock, knock! Sylveeno and Melissa quickly turned their heads towards the loud and abrupt sound. Sylveeno got up and walked to the front door. Melissa followed, but stopped and stood behind the nearest wall. A tall man, wearing a colorful uniform, was standing very rigid with both hands behind his back. “Are you Sylveeno Andreev?” the man asked firmly once the door had opened. The stranger watched as Sylveeno nodded yes, without speaking. The uniformed man pushed a small envelope into Sylveeno’s hand and then formally stated, “Then, sir, this is for you.” He tipped his hat with two fingers and took a small step backwards. “Have a nice day”, he called as he turned and walked away. Sylveeno wanted to ask the stranger what was in the envelope, but the man left much too quickly. Sylveeno closed the front door and took the item to show Melissa. “What is it?” she asked repeatedly. Sylveeno laughed at his wife’s persistence. “Let me read it and then I can tell you.” He took what looked like an invitation out of the sugar-scented envelope. “What does it say?” His eyes scanned the words which were inscribed on the small, fancy, white cardboard paper and then he let out a huge gasp. “Well?” she asked with great interest. Sylveeno looked into his wife’s face as he spoke. “We are formally invited to Hilary’s funeral on Sunday afternoon.” 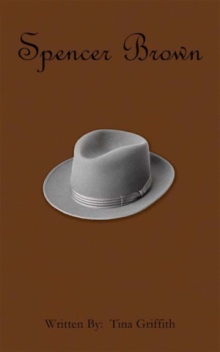 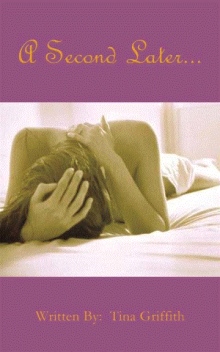 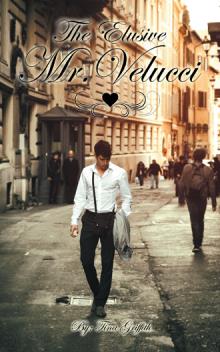 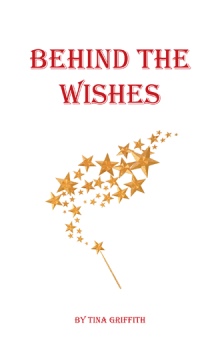 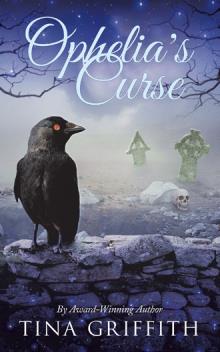 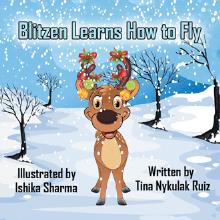 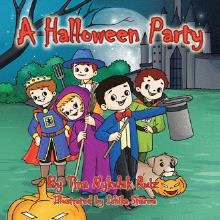 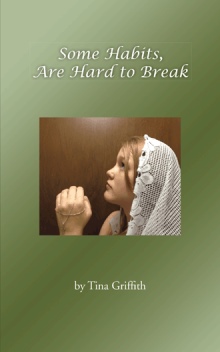 Some Habits, Are Hard to Break
Tina Griffith
£17.66

This whimsical, curiously charming, enchanting story, takes place twenty years after the ending of “The Handsome Farmhouse Ghost”. Echo Hudson is all grown up in this sequel and now becomes the new Head Witch. But before that fabulous event can take place, people die, others get wed, glorious spells get conjured up, and powerful ingredients for potions get mixed together and are then put into action. Yes, we are talking about witches, warlocks and angry sorcerers. Some of the same characters from the first installment are brought back in this story, and we are lucky enough to be introduced to new ones. At times, the storyline to ‘A Bewitching Sequel’ is intriguing, spellbinding, and makes you feel like you are hanging on the edge of a cliff. It is also amusing, comical, and wonderfully entertaining. It’s a page-turner that has you craving to find out how it’s all going to end. With the final words on the last page, you will then want to know what happens next. Tina is an award-winning author who began writing romance novels in 2005. She touches your heart and connects you with her characters from the first page. She brings you into the storyline and makes you feel like you are part of the plot.

Tina Griffith was born in Germany and raised in Ontario. She moved to Calgary in 1975 and has called this her home ever since. She is the proud author of 27 children's stories and a 3-act play, and after her husband passed away in 2003, she started writing romance novels. Tina is the brilliant author of: Synchronicity, DATING.com, Charolette’s Decision, A Second Later, Spencer Brown, and The Handsome Farmhouse Ghost. This is her first try at writing a sequel, so due to popular demand, here it is and it is SUPERB !! Well done, Tina !