World With No Visa 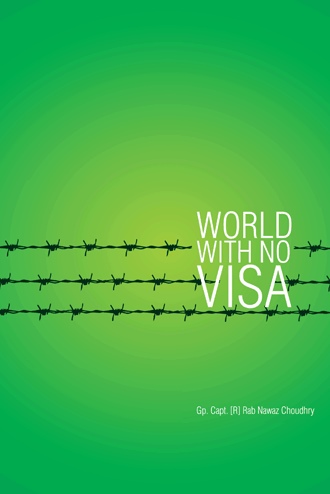 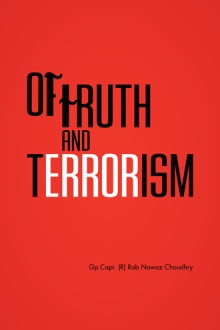 We humans do not come and go from this world with a Visa. We should take heed from the Universal Principle of Nature. The world is a big blessing of God the Almighty for the human beings. Whether it came in being through Adam and Eve (my personal faith) or through Darwin’s hypothesis, it is our home and dwelling today. It should be treated like an open family land where everyone poor, rich, scientists, businessmen, kings, and presidents have a sacred duty to contribute towards its wellbeing, prosperity, and peace. The Author has a strong feeling that the world should be like an open book where everyone has a right to read and add to its beauty to make it a heaven on earth. The “World Without Visa” is his passion and he prays for its success. This is Author’s third book, the first and second being, “Terrorism or Awakening” and “Of Truth and Terrorism”, which can be viewed on his website www.oftruthandterrorism.com

The author was born and raised in a village, Tarlai Kalan, close to modern day Islamabad, the capital of Pakistan. The author spent his childhood in an environment of love, peace, and friendship. There was very little education, but everybody was helpful and was “comrades in arm” to one another. Human rights violations were marginal as compared to the present day. Perhaps that is why there was no need to have any organization looking after this aspect of life. However, as education and lust for money increased, the violence in different forms also found its way into the normal and natural way of life. Modern education must be human-oriented rather than country, leader, and stomach-oriented. The intellectuals and educators must work to reduce or eliminate the element of selfishness, self-interest, materialism, and deception. The author joined Pakistan Air Force Academy in March, 1953 and received his commission as a pilot in June, 1955. However, he hardly flew as a pilot and was soon sent to the United States to study an emerging field called “Air Defense.” With a few colleagues, author returned to Pakistan and established an Air Defense system, an element which was completely missing in the Pakistan Air Force. This was the beginning of 1958 and by the grace of God the Almighty; Pakistani Air force was able to establish a credible Air Defense system to meet the challenges of the modern Air Defense warfare in those days. The system proved its success when the author intercepted an Indian Air Force Canbera Aircraft and shot down while on a reconnaissance mission to Pakistan. This was the first kill to prove that the Pakistan Air Defense system had achieved its adolescence. The Air Force life, experiences, and travel helped the author to meet many people from various nationalities around the world. The author learned from some, disseminated what he knew to some, and exchanged knowledge, ideas, and experiences with others; these diverse groups included people from the Armed Forces of the USA (Americans), UK (British), France, Germany, Spain, Turkey, Russia, and Iran. According to the author, the time he spent in the Middle East was some of the best experiences in his life. These include the Air Forces of Iraq, Jordan, Syria, Egypt, and UAE. In fact, he learned a great deal from the aforementioned countries and people. After his retirement from the Air Force in 1980 the author elected to do business. He successfully developed relationship with some of the internationally renowned companies among which most of them were the renowned American companies. Politics was the last field of his choice. He fought for elections for the National Assembly of Pakistan from Islamabad in 2001. Author was very disturbed by the 9/11 incident and felt the pain of American loss and subsequently coalition attack on Afghanistan and Iraq which resulted in loss of numerous innocent human lives. As a consequence, Author wrote the first book Terrorism or Awakening in 2005. Book had great reviews by the newspapers and foreign Ambassadors in Pakistan, which can be viewed on his website (www.oftruthandterrorism.com) and http://www.terrorismawakening.com/ The author’s diverse experience in life reveals that human relations and mutual respect is a key to success. His investment in life remains his family and friends irrespective of any preference to race, religion, and nationality. The journey will continue and so will be life.