Secret of the Legends 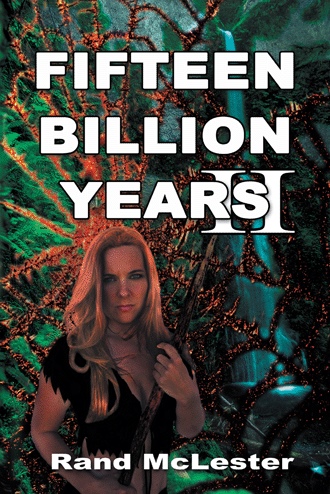 Then I saw a new heaven and a new earth; for the first heaven and the first earth had passed away...
Revelation 21: 1 (RSV)
Holy Bible

The sun had set with twilight fading, darkness already obscuring movement within the trees.
“They should have been back by now,” Nitana worried. “It is getting dark.”
“Denen knows to be out of the forest,” Tian assured.
Scanning the treeline Seana saw them just inside the woods. ” pointing as Denen stopped, raising a hand signaling, all clear.---“There
Eyes closed, inside the silent Kalo felt it, and she whispered, “No, in the trees.” Then blinking open, eyes wide with terror, she They are in the trees!”---screamed, “No!
Glancing up Denen didn’t have time to move, even to lower her arm. the---it was upon her---From above a quick rushing of claws tearing bark creature’s curved twenty-inch fangs slicing savagely into her neck, snap.---locking in position
It was enormous; six feet tall and jet-black with a twenty-foot and it seized her with---leg-span and glowing, white night-vision eyes its incredible crushing grip. Clinging to overhead limbs the Night Hunter snatched Denen from the ground by her head stretching her neck, driving its fangs with lethal precision; and sleek and blue-black as a raven, its rear section bobbed then contracted as it injected its prey.
venom and digestive fluid---liquid bloat---Denen’s body inflated stretching her skin water balloon-tight as her insides and organs almost instantly dissolved. Liquid diet. Unhesitating, the monster drained all---her with its hollow fangs, Denen’s body contracting and shriveling a skeletal--- her withered husk hanging in its chelicerae ---within seconds and that quickly, Denen was dead.---raisin, crisp and dehydrated
Tian screamed, “No!”
In the first sudden attack six others died the same gruesome way, only two being able to avoid them, escaping onto the beach, terrified, running for their lives. Dropping from the canopy, moving with unbelievable speed, the horde materialized from the greenery.
And within those few twilight seconds Reed reacted, bringing the laser to bear on the descending dark shapes as they sprang from the trees. so he focused on the---they’re already dead---Realization clicked dozens of shadows behind them,---two fleeing women screaming for help blurs of commotion and glistening black speed. Pack hunters.
Target to target laserflames splattered Hunters to slivers of chitin and vapor-wind muck. He had to stop them, prevent them from catching the terror-stricken women sprinting for their campsite, crossing the but now the darkness of treeline was filled with cackling white---beach noise of savagery and trilling, chattering animalistic screams!
Stumbling, the running woman fell then tried to get to her feet two monsters on top of her tearing her apart from---but they had her--- bloody spray and a splash of red on the sand!---crotch to neck
fuck!” as laserflames strafed punching ghouls as they came.---With near disbelief Reed spit, “Awww
Hunters were splattering bits and sticky dark rain; but there were the sky wild with white---hundreds now, everywhere, covering the beach noise of savagery and shrill with animalistic screams as they poured over the driftwood riprap, laserblasts shredding them, flinging them back.
Tian and the others stood fast, spears and bows against the onrushing tsunami of jet-black. No longer able to hold them off alone, but---arrows flying, taking some down---Reed was backing up as he killed the Hunters kept coming.
Inside her head Kalo heard the word, fire, sweeping a wadded arrow through the flames of the campfire, then drew her bow, choosing her target, clustered night-vision eyes. whoosh, trailing alizarin---Snap flame the arrow sailing dead center into malevolent white eyes.
Splattering fire, a swirl of hot liquid wind,---
---a billow of rush---Its head disappeared in torrid roiling flames across its pedicel and abdomen, down its legs enveloping and spiraling around it. Suddenly engulfed in inferno the demonic creature careened then collisions---frantically screeching horror that cut through to bone maddened monsters, swirling smoke, and---of fire, blinding and wild yellow-orange blaze!
and explosions, hot rain!---Fire and speed, vomited bubbling froth---
Side by side Ames, Tian and Seana fought the jet-black rush lunging at them; leaping and attacking they were everywhere now, compressing the warriors into a half-circle, being forced back toward the cove.
Far outnumbered and now backed to the water’s edge, they kept killing the demons; but there were just too many to withstand the unending onslaught. Taken by a leg another warrior went down; then two more had her ripping her apart as she vanished in flailing black and scissoring jaws. no---Pungent, the beach reeked the stench of death frantic commotion screeching trill of deadly---matter where they looked animalistic screams!
Firing furiously, bits and pieces flying as he withdrew, Reed tried to keep them away, then tripped and fell flat on his back. Glimmering ---laserflashes---white eyes were instantly there, closing down upon him streaking white blasts. bursts of---An unending rain of chunks and blood but all he could see were the slimy---white light and splattering gray black jaws and those eyes in the rush. There were fangs in his face, a---and he screamed---but he refused to give up, to die in the crush maniacal long wail of defiance, jaws coming, aciculate fangs closing. There was nowhere to go; he couldn’t get out of the way, couldn’t move, couldn’t fire, death no more than an instant away…
...Dead silence.
Highlighted by the blazing driftwood wall, pumping up and down the apocalyptic demons of---sleek black giants scrambled rearing on hind legs darkness clawing maniacally, trilling and screaming an unholy animalistic chatter of emptiness and soulless insanity. Driven by environmental stimuli they were predators of unparalleled savagery piercing the darkness with white-glowing, night-vision eyes...
They were relentless,
They were monsters,
...They were Night Hunters! 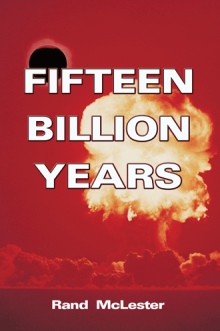 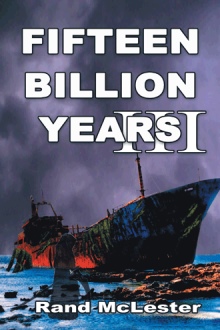 “Then I saw a new heaven and a new earth; for the first heaven and the first earth had passed away...” Revelation 21: 1 (RSV) Holy Bible A faraway place, a distant future... Beyond the horizon threshold, a note in a Coke bottle floating down the river; how did it get there? Where did it come from? And the prophetic omen: “Something is wrong, John, very wrong.” She was a Renoloi, and the Renoloi possessed a gift. Pieces of the Puzzle... Part of the Secret. The adventure begins... To rescue a Renoloi village from an unnatural predator, Tian, Ames, Reed and their team cross uncharted lands and embark on a treacherous voyage on a mysterious green sea, encountering a ghost ship from the Bermuda Triangle of long ago. With no passengers or crew, the vessel has somehow reappeared in an unnatural circular storm. To an even more inexplicable island in this volatile, ephemeral world; and whispered words: “Mr. Ames, he is like you.” Are they captives within a time warp, a tear in the fabric of time, or something more, much more? Pursued by the most wicked killers ever unleashed on innocent people in a primitive world, the rescue party’s worst fears are realized. Driven by insatiable madness, they are relentless; beyond savage, they are monsters. They are Night Hunters. Tenaciously, the ultimate evil has followed from the distant past. It has come for them, hell-bent on taking them, killing them… all of them. Despite unending adversity and the ruthless treachery pursuing them, the team must persevere in its quest for the Secret of the Legends; a race against time on a world destined for change... cataclysmic change. ...Something yet Unfinished.

Also the author of Fifteen Billion Years: Alpha and Omega, McLester is a thirty-four year law enforcement veteran who lives in a custom log home on the Continental Divide in Southwest Montana, sharing the Rocky Mountains with elk, bear, lynx, wolves and other wildlife. The author hopes you enjoy Fifteen Billion Years II: Secret of the Legends, the second installment of the trilogy. Readers can contact the author on FaceBook at Fifteen Billion Years–Rand McLester or by email: fifteenbillionyears@gmail.com -or- fifteen_billion_years@yahoo.com