A Practical Handbook For Leaders 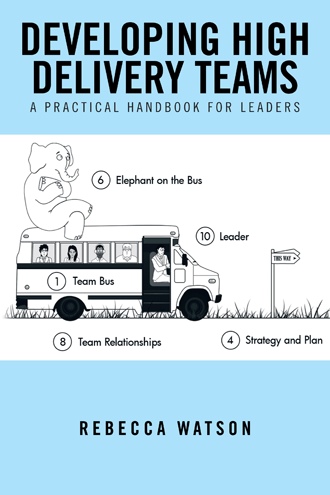 Insert Diagram 3 So to improve a relationship it’s important to know what we are thinking about that person. They are much more than just the box we have put them in, and if it’s a work relationship we don’t get to see how they are with their families, or understand their history and childhood struggles that may have led them to behave in ways that irritate or upset us. First we must understand that what we tend to focus on about someone is the key to how we feel about them. Then open our minds to considering that we don’t know everything about them, and we don’t understand why they are how they are. It’s important to also have a general belief, that no –one is born evil, that we are all just struggling to get along in life the best way we know how! (Some of us have got better strategies for getting on with others that’s true, we may have had better models as children and therefore have a head start which we should be grateful for, not take a superior attitude to those who didn’t have this luxury). It’s also important to understand that this person may, deep down, have their own insecurities (as we all do in life) about who they are, what they’ve done and if anyone will like them. Once we can focus on anything that may be positive or understanding about them for example: They are hardworking and intelligent, They do have other friends, They may be lonely, They may feel concerned about their role in the organisation, They have huge pressures at work that they are struggling to cope with, Then our feelings towards them change too and we are more open to building a better relationship with them. They will unconsciously feel a change when they are interacting with us too (even if this is only on the phone and not face to face) and eventually they may feel less judged and more accepted and therefore warm towards us. Getting in our own way Often we just want to be ‘right’ and therefore it is hard for us to change, the ego doesn’t want to give up its position, which says I’m ‘right’ but the rest of the world should change! This is ok but it’s also a way of staying stuck. If what you really want is to reach a goal, it could be this attitude and refusal to change that is getting in your way. Even though it’s not easy, it is much easier to change ourselves than to change others, or change the world around us. Sometimes we need to adjust the goal to ensure that the achievement of the goal is entirely in our control – as opposed to a goal that is reliant on others e.g. my goal is to be promoted by September… It is better to re-phrase the goal to ‘my goal is to find 3 potential roles that would represent a promotion, ask the decision makers what I need to do to get these roles and where possible do that’. Your Boss is Not Your Father It is quite common for people to transfer a relationship they had with a parent or highly influential person in their childhood onto a relationship with their manager (or a stakeholder who is more senior to them). This means that if they had a highly critical, domineering father, they may have learned to stay quiet and obey as a child. When they meet their new boss, if this new boss criticises them or appears to be telling them what to do, they will automatically react as they did as a child, which will be to stay quiet and obey. They will also start to feel towards this new boss as they felt towards their father and their level of emotion (fear, anger, guilt etc…) may be much higher than is rationally expected from the interactions that take place between them and their boss. As a Team Coach, if someone is having a relationship problem with anyone who they perceive to be more senior, more experienced, or (in any way in a more powerful, parent like role to them), then I ask if that person reminds them in any way of one of their parents, or someone who was older than them from their past. Often this highlights that transference is occurring and once that person is aware of it, they can separate out their boss from their father and deal with them as an adult. Personality Traits In theory, we have the capacity to have all personality traits and we are socialised to develop others more than some, those traits that are acceptable to our parents become those we demonstrate most, the negative traits we can admit to are those that are not ideal but still acceptable and those that we deny and fear are those that are unacceptable (either in society, or unacceptable from our parents/caregivers). Insert Diagram 4 So if we have a personality trait that we really can’t bear in ourselves, (or can’t even acknowledge that we could ever have this trait) and project it onto others e.g. We can’t bear selfishness and we often see others behaving selfishly. At work we will not only see lots of behaviour from others that we interpret as ‘selfish’ but we also then find it hard to have a good relationship with that person. Other colleagues at work could be lacking motivation for their jobs, gossips and disgruntled but we are happy to be friends with them, so long as they don’t show any traits of selfishness! Exercise 7: Building Good Team Relationships 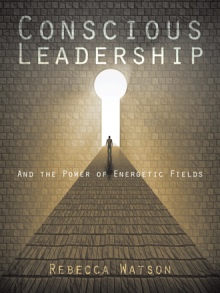 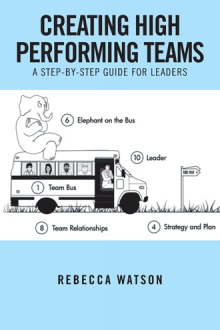 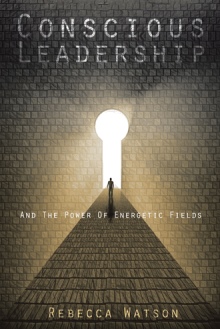 “Rebecca has now documented her perceptive approach to Team Coaching, along with many of the practical and effective exercises that have helped my teams and my personal leadership approach – I’d highly recommend it.” Liz Robson - Head of IS – Homebase, Home Retail Group PLC Why Read This Book? I am a Team Coach with over 10yrs experience in creating High Delivery Teams. Now I want to share my strategies with you because I want people to enjoy their work and feel that they are making a valued contribution. Who could benefit from reading this book? Anyone who leads a group of people, who need to work together to get something done. What’s different about my Team Coaching? I give you the exercises that I have already tested with real teams. You can run those exercises with your own teams to gain the same results. This is not a theoretical book and there is no need to pay for psychological profiling or team games like building rafts to float across rivers! I take a quick and practical approach to getting teams to deliver business results. What next? Give it a go! I want you to practice these exercises with your current team and see and feel the results. I want you to become a successful and popular leader of people for the rest of your career. If this book helps then my job is done! Please feel free to share your experiences with me by emailing me at rwatson@bromptonassociates.com or visiting our website www.bromptonassociates.com.

Rebecca began her career as a commercial lawyer, then moved into management consulting before starting her own business specializing in corporate coaching. She has been coaching leaders and teams for over ten years, not only to heighten the team’s own performance but to also transform organizational cultures and expand their businesses. Having read extensively around the topic of leadership, group dynamics and organizational development, Rebecca devised her own six month Team Coaching Programme to help teams align, work towards common goals and be mindful of the dynamics and energy they were unconsciously creating. From her experiences of what really works, she decided to give all leaders the chance to run her simple exercises and gain the same results. Rebecca brings an understanding of the business world, as well as her sense of humour and compassion to her coaching sessions. She currently lives in London and her clients include HMRC, HSBC, Santander, RAF and The House of Commons.