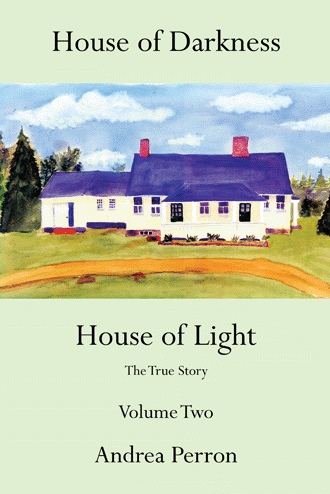 Sometime soon thereafter, word reached their family. Mr. Kenyon passed away. It had been his final visit to the farm. He’d come to say goodbye to his beloved home and those he had entrusted it with in his time. Tears were shed by all for a man they barely knew but cherished like family. Roger did not want his loved ones to watch him grieve. Instead, he went for a solitary walk in the same woods where last he’d listened to the voice of an old soul telling his story, sharing his secrets, bidding goodbye in his own quiet way. Roger’s eyes were moist with the loss. He was overcome with remorse. As he walked he seemed guided to the pine forest portal, there to say goodbye to his friend. This was a loss for all of them but Roger felt it most profoundly. There are encounters in life which leave a remarkable impression, a mark on the heart of those they’ve touched before departing. Earl Kenyon was a gentleman and a true friend of the family, gracing them with his presence. He remains with them still as a meaningful part of their lives so many decades after his death. At its essence, friendship is eternal.

Reaching toward the Sun for inspiration, at that time a grove of Northern pine was not such an unusual sight in Rhode Island but this was one unusual grove. In perfect alignment, flawless trees practicing the presence of God as woods, as if lined up in the pews of a church, it was a holy place. Cautious as ever, mindful of each step taken, Roger knew it was somehow sacrilegious to wound the lilies of this valley. After studying sacred trees the man he knew had planted by hand and nurtured with loving care, Roger moved on to the cellar hole, there to further mourn his loss. He could almost hear the crack of whips on the old wagon road, oxen pulling their load up the steep, climbing hill from a river’s edge. To have had the privilege of listening, learning from Mr. Kenyon, to hear him describe life as it was so long ago, seemingly so far away from his own time, had been a gift. The memories left Roger feeling sentimental; nostalgic as well as bereft. He was grateful to have seen the man one last time…to have shared their walk in the woods. It was there where he felt closest to God and where he made his peace with the maker of it all. This was the place where he could speak to the Universe and receive his answers on the wind. Though Roger knew he’d lost someone of special significance, someone he already missed, his companion had graced him with the memory of one final excursion together. It was as if he could still hear a voice on the breeze, whispering goodbye…or hello. Roger remains humbled by a spiritual experience he cherishes, so gratified knowing Mr. Kenyon left a final set of footprints on his land, on hallowed ground, a trail that can be followed all the way to Heaven and beyond…all the way home. God rest his soul. 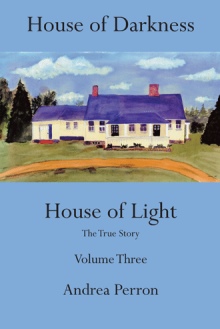 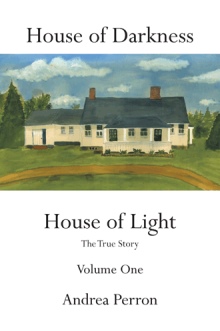 Roger and Carolyn Perron purchased the home of their dreams and eventual nightmares in December of 1970. The Arnold Estate, located just beyond the village of Harrisville, Rhode Island seemed the idyllic setting in which to raise a family. The couple unwittingly moved their five young daughters into the ancient and mysterious farmhouse. Secrets were kept and then revealed within a space shared by mortal and immortal alike. Time suddenly became irrelevant; fractured by spirits making their presence known then dispersing into the ether. The house is a portal to the past and a passage to the future. This is a sacred story of spiritual enlightenment, told some thirty years hence. The family is now somewhat less reticent to divulge a closely-guarded experience. Their odyssey is chronicled by the eldest sibling and is an unabridged account of a supernatural excursion. Ed and Lorraine Warren investigated this haunting in a futile attempt to intervene on their behalf. They consider the Perron family saga to be one of the most compelling and significant of a famously ghost-storied career as paranormal researchers. During a séance gone horribly wrong, they unleashed an unholy hostess; the spirit called Bathsheba…a God-forsaken soul. Perceiving herself to be the mistress of the house, she did not appreciate the competition. Carolyn had long been under siege; overt threats issued in the form of fire…a mother’s greatest fear. It transformed the woman in unimaginable ways. After nearly a decade the family left a once beloved home behind though it will never leave them, as each remains haunted by a memory. This tale is an inspiring testament to the resilience of the human spirit on a pathway of discovery: an eternal journey for the living and the dead.

Andrea Perron was born in Rhode Island in 1958. She is a graduate of Chatham College in Pittsburgh, Pa., having earned an interdisciplinary degree in philosophy and English literature. This memoir waited thirty years to be told, allowing the time and distance necessary for her family to reveal these long held secrets. The author is currently preparing for release of the third volume in this remarkable trilogy. John Shaw created the cover portrait of their farmhouse as a parting gift. Two months after the Perron family abandoned this place in the country, John, all of nineteen years old, drove from Rhode Island to Georgia. He presented his friends with the watercolor; painted from memory, in memory of a special house which touched his life as well. It remains a treasured keepsake. They loved him then as they love him now.