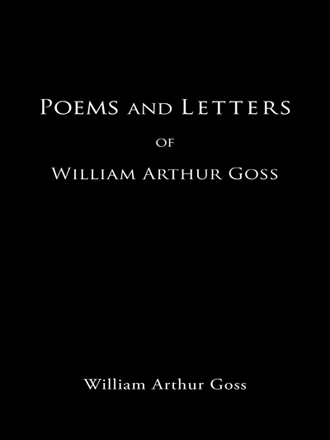 One hikes some two miles beyond the deserted village and suddenly, from the crest of a hill, comes upon it- -a lake, which, believe me, rivals Lake Louise in beauty. Some say surpasses the famous lake and I almost agree with them. It is Rainbow Lake and the name is awe-inspiringly correct. The lake does not, you understand, just change colours or shift hues; it is literally spectrum-like having distinct bands of splendid colour in it. It is iridescent and along the shore the resemblance to the Aurora is marked for jagged rays of flashing colour lance out from the shoreline. The general impression is of blue and green, but from the shore the water is amazingly clear- -one can see objects 10 feet under the surface very clearly. But it is impossible to describe it, just as it is hopeless to describe Lake Louise. The closest approach that I can make is to say that someone has taken the Northern Lights of the Arctic and plunged them into the lake- -it is a liquid Aurora. And no one seems to know for certain what causes the colour play, some conjecture that it is various strata of coloured sands on the floor of the lake, others think minerals, others reflection from sky and pines. I, myself, think it is a perfect blending of all these factors. And the backdrop is sublime- -the mountains which brood over our town at close range, with a fir and pine bordered margin- -God! RAINBOW LAKE (To Robert W. Service who added the Yukon's "broad expanse" to Apollo's desmense) Deep in the Yukon gleams a tarn sublime, An iridescent gem of mottled hues, Whose opal tints and raven sheen infuse Its depths like coloured tones from liquid chime. Were this some classic shore in ancient time, Well might a poet here enraptured muse On titans wounded who did ichor lose, In fray immortal made by deathless rime- or dream this pool divine libation poured By lesser deity to greater Jove. But no! here then no god of Greece held sway-' ‘Twas Manitou, of Northern Lights the lord, Who once bedazzled, so to quench them strove That on these waters fragments shift and play.

The letters and poems in this volume were written by an Iowan who was thrust into several different locales and cultural milieus during and immediately after the second world war. The author was a civilian employee of the United States Army Corps of Engineers during these times. At the various postings, activities were centered on conducting or recovering from one of History's greatest conflicts. Mr. Goss describes his interactions with individuals from several countries with whom he worked in Alberta, Yukon Territory, Alaska, the Philippine Islands, and Japan. During the serious business of war there were lighter moments. An Australian drinking song is included in one letter. The letters and poems describe features of the various locales such as terrain, weather, and Mr. Goss's particular enthusiasm, botanical riches. Reaction to events during the second world war appear in the letters and poems, and illustrate the ideas about life and politics that were not atypical for the time. As such they are surely of Historical value.

William Goss was a native of Davenport, Iowa. Born in 1909, his life spanned two world wars and the Great Depression. His interests were wide, encompassing Literature- -especially Poetry, Science- especially Botany and astronomy, Classical Music, and Chess. As a young man, he formed life-long friendships with individuals having similar interests. During and after World War II he worked for the United States Army Corps of Engineers as a Civil Servant. He was stationed in Alberta, Yukon Territory, Alaska, the Philippine Island, and Japan. He corresponded regularly with his life-long friends from these places. He also took time to write a number of poems. The poems and letters contain descriptions and impressions of the places where he worked and comments on the course of World War II and its aftermath. He was particularly affected by the destruction wrought by the conflict. He died in 1956.