by C. Rodney Pattan and Lance B. Brender 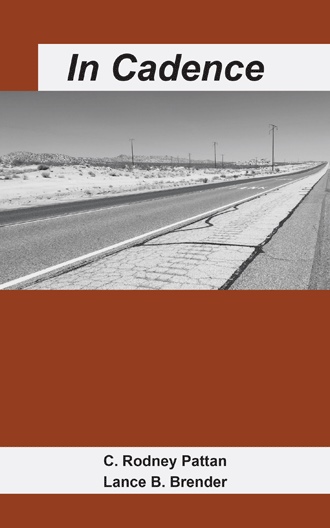 A SOLDIER C. Rodney Pattan The callow boy had wondered aloud Is there a way you can tell who's a soldier From above his cane the answer came It will be in his bearing for sure A soldier says more with just his stance Than all of Shakespeare's participants And yet more still with just a nod Assured as any Olympian god His entry will challenge attention Goodfellowship he'll keep for all Bumps he'll not bother to mention Burdens he'll silently haul For him life holds no enigma His rule of gold is do right His walk is of calm self-assurance A rugged spirit intrepid in plight He'll listen in attentive silence Then give his response if you ask Never use honed strength to advantage But trespassers sure taken to task In his eyes you will find introspection In his smile boundless energy In his courage we can all find protection In his bravery he grants liberty In spontaneous guile he's bereft But with a bully or trickster he's deft Through muscle, planning, or intellectual heft By the finish there'll be nothing left He will be free from posing the query Am I a good man - did my integrity ever weary He won't let his dreams live only in sleep Instead he will pursue them as promises to keep From the pain of training he'll never grieve Seeing it simply as cowardice taking its leave Only his family will he hold more than duty dear In his presence you'll find there's nothing to fear Have you ever the little boy asked met a soldier such as he 'Twas once long ago my son His name was J--- ----ery

In Cadence is a collection of poetry from two Army officers. This annotated selection presents Rod Pattan and Lance Brender's experiences as soldiers, artists, and men in their first collaborative work.

C. Rodney Pattan is a United States Army Medical Doctor, currently serving as the Deputy Commander of Clinical Services at the General Leonard Wood Army Medical Center. He was a nationally competitive golfer until the age of fifty and is the author of the novel Uphill Against the Wind.