by Ed Berdugo, Editor and Translator 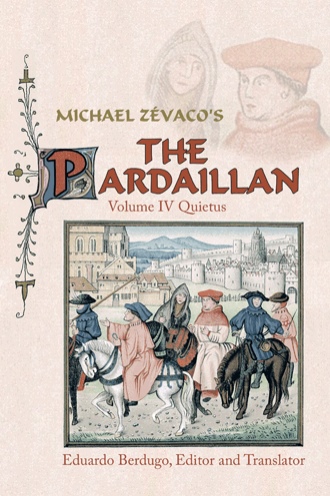 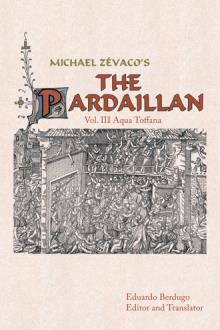 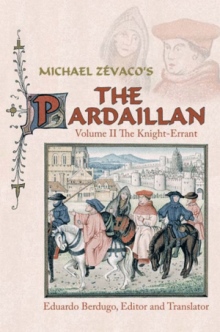 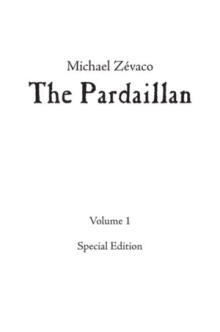 Find out the exciting completion and sometimes nefarious ending of the fourth book of MICHAEL ZÈVACO’S THE PARDAILLAN and what is going to be the impossible to imagine climax of the series, in this new edition of Volume IV: Quietus Leonor was a typical French provincial woman, very beautiful, in her early twenties with golden hair, ice-blue eyes and lovely pale skin, as white as snow. Her svelte body would soon swing by the neck in the scaffold guaranteed to be a site for the eye of the beholder. Her principal crime was being the daughter of a Protestant and having a Catholic lover who left her. Aside from her intoxicating physical attributes, she loved to travel especially to the big cities and more specifically Paris. Where the splendor of spring was fitted for enamors during that time of the year. Even so, the stench of death and the bloody stains still perfumed the air and permeated the streets by the tens of thousands of cadavers that were further being cleared. This massacre of historical proportions had been the product of the great Huguenot slaughter during Saint Bartholomew’s holidays. King Charles IX and his more culpable mother Catherine of Medici had thus cannily planned and conceived it. On occasions, new butchered Protestant bodies were found strewn on the side streets. Like on one morning, as she was strolling near Our Lady Cathedral, one of the sites of the massacre, she spotted a bishop wearing his full official garments going inside the church with the faithful where he was going to officiate mass in Latin; it was Sunday mid morning in May. He was a tall, virile man, of handsome features, with raven-black hair, but his peculiar eyes appeared familiar to Leonor, and not only the eyes, but his masculinity, his gait, in essence, the entire package. That something about him woke up her curiosity, and even though being a Protestant she had never gone to Our Lady or any church, for that matter, she chose to follow him inside. To her dismay, she discovered that the bishop at the altar officiating mass indeed was John, the lover who had abandoned her. The ringing of the small bells signaling the elevation ritual when John the bishop raised the consecrated elements of bread and wine during the celebration of the Eucharist, allowed her to see the features of his full face. Immediately, she launched in anger toward him, without realizing the importance of the sacredness of the moment, and went up the steps of the altar to expose the bishop’s adulterous behavior in front of the community of Catholics. The faithful people shocked and angry rushed to seize her and hauled her off to the bottom of a wet and dark jail cell at a nearby prison. The tribunal took six months to find her guilt of heresy, blasphemy, and spreading publicly slanderous calumnies against the reverend bishop, and sentenced her to death by hanging. In the scaffold, the executioner placed the noose around her neck, and the trap door opened. As she fell to the void of her death, she began to spookily shout while swinging in the hangman’s rope. However, those shouts were not of dying but were from labor pains. An innocent and scared creature had dropped, still connected to the umbilical cord of the mother's placenta, fallen on the scaffold’s hardwood, begun crying and extended the arms as begging for the mercy of innocence while seeking the comfort, warmth and love that only a mother could give… Edited and Translated by Eduardo Berdugo

I was born in San Salvador, El Salvador in the fall of 1952; graduated from high school in 1969, and attended the Catholic University (UCA) where I studied the first two years in an economic degree. At that time, the Salvadorian civil war was beginning to fuel up, and my family thought it would be safer to [legally] immigrate to America were we arrived in November of 1972. My first job was as the doorman of the building where I used to live in Hollywood, California; I worked the evening shift while attending an English school at Figueroa Street in downtown Los Angeles. At that time America was ending the war in Vietnam, but the “cold war” was at full-fledged. When I enlisted in the US Army in September of 1973, and did my basic training at Fort Ord,outside Monterey Bay, California. After that, I went to Redstone Arsenal in Huntsville, Alabama for my military occupational service and trained as a Radar Repairman in the Vulcan and Chaparral missile systems. My permanent duty station was at Bitburg Air Force in the Federal Republic of Germany; I had a short temporary change of duty station to Crete, a Greek island in the Mediterranean for NATO maneuvers. On my second year in the Army, I became a United States Citizen. My honorable discharge came about in September of 1977. It was this type of training and experience that I used to seek employment during the return to my civilian life. In Los Angeles, California where the mother lode of the aerospace industry was flourishing, I worked for the next thirty-years in various companies at the beginning as an electronic technician and later, as I was promoted through the ranks, as a Quality Engineer. It was during this time that I married with two children, my son Gabriel, who just completed two tours of duty in Iraq and my daughter Christina, who is now rearing her first son. As my employment duties increased, I felt the necessity for more formal training. Thus, I attended first Moorpark College where I obtained my AA degree in General Liberal Arts and Science and later my BA in Geography from the California State University at Northridge. Presently, I am working on my MS in Engineering Management. It was during these years that I discovered my fondness for writing and found the Gutenberg Project in the Internet where I discovered in the public domain the Michael Zévaco’s novels of The Pardaillan, which were never translated to English. The compelling story of Pardaillan, which takes place in the middle of the fifteenth century is about the religious wars in France between the Huguenots (French Protestants) and the Catholics, and could easily relate to what happened in the world since then, until now. I am not too sure if the massacre of Saint Bartholomew reached the peak of grotesqueness where millions of people died fighting to officiate the Catholic mass in French rather than Latin. Or, when the Hitler killed millions of Jews because of how they choose to worship God in the ancient way. Let’s not forget the disputes in the six counties in Ulster, or can you tell the difference between the Hutus and Tutsis in the Rwandan Genocide? And I could go on and on, including citing those terrible slaughters among men, which easily will occur in our near future. For now, however, I hope you will enjoy reading The Pardaillan as much as I do in translating and editing it.