Of Truth and Terrorism 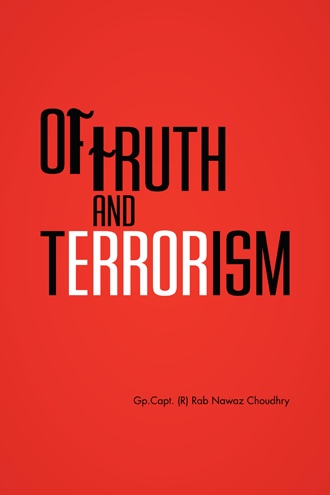 The name of my book is “Of Truth and Terrorism”. My book is regarding the Pakistan American Relationship covering the wars of Afghanistan and Iraq. This book consists of articles that can benefit and create awareness for the common man in the United States regarding American involvement and the high financial and political stakes in hot parts of the world such as Pakistan, Afghanistan, and Iraq; which is changing American image in the hearts and minds of the people of Pakistan, Afghanistan, Middle East, and surrounding region. It includes the relationship of adjacent countries like Iran, India, and Israel and their connections in the continuation of war in the region. There are 53 topics covering the book and some of them are as follows: An open letter to Americans For God sake stop killing each other Playing with History 9/11 is coming again Provoking a change (President Obama’s promises and their consequences) Putting Pakistan against the wall Ghaza the turning point Talk to Taliban (Talking to Taliban is the only prescription) An Open Letter to the President Barack H. Obama The wicked war EU role model for Indo-Pak subcontinent The Black President Beware of Afghan war sequel The man under pressure in the White House Learning from history and holocaust Strategic dialogue with America American withdrawal from Afghanistan The future of Pakistan Harassment of a Nuclear State The dangerous showdown There are another few subjects that deal with local power politics in Pakistan, ultimately affecting the relationship with America and NATO. 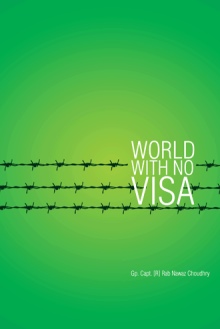 The Author's first book "Terrorism or Awakening" was published in year 2005; an appeal to the powerful countries to realize how important justice and fair-play is to eliminate the terrorism in the world www.terrorismawakening.com The Ambassadors of some countries in Pakistan also endorsed it: " . . . I agree with you wholeheartedly in the belief that all countries must do their part to not only reduce the ugly reality of terrorism, but to eradicate it altogether from our world. Your efforts in witting this book and addressing difficult questions will, I hope, prove very useful in the ongoing fight against terrorism. I appreciate your having shared your thoughts with me". Nobuaki Tanaka, Ambassador of Japan, Islamabad - May '05. " . . . I agree that advanced countries have their part to play in reducing terrorism. The United Kingdom is committed to helping build capacity in a number of Pakistani law enforcement agencies. We are also engaged in very substantial development work in Pakistan. . . . British Muslims are represented in Parliament, the professions and the arts. We take pride in the successful inter-faith relations in the UK, and I hope these can serve as a model internationally . . . Many thanks for your contribution on this subject, which dominates the international scene at present". Mark Lyall Grant, British High Commissioner, Islamabad-June '05 " . . . The book carried in-depth study of the problem of terrorism with a different perspective and the thought and content of the book is commendable". Anwar Santoso, Ambassador of Indonesia, Islamabad-May '05

The author was born and raised in a village, Tarlai Kalan, close to modern day Islamabad, the capital of Pakistan. The author spent his childhood in an environment of love, peace, and friendship. There was very little education, but everybody was helpful and was “comrades in arm” to one another. Human rights violations were marginal as compared to the present day. Perhaps that is why there was no need to have any organization looking after this aspect of life. However, as education and lust for money increased, the violence in different forms also found its way into the normal and natural way of life. Modern education must be human-oriented rather than country, leader, and stomach-oriented. The intellectuals and educators must work to reduce or eliminate the element of selfishness, self-interest, materialism, and deception. The author joined Pakistan Air Force Academy in March, 1953 and received his commission as a pilot in June, 1955. However, he hardly flew as a pilot and was soon sent to the United States to study an emerging field called “Air Defense.” With a few colleagues, author returned to Pakistan and established an Air Defense system, an element which was completely missing in the Pakistan Air Force. This was the beginning of 1958 and by the grace of God the Almighty; Pakistani Air force was able to establish a credible Air Defense system to meet the challenges of the modern Air Defense warfare in those days. The system proved its success when the author intercepted an Indian Air Force Canbera Aircraft and shot down while on a reconnaissance mission to Pakistan. This was the first kill to prove that the Pakistan Air Defense system had achieved its adolescence. The Air Force life, experiences, and travel helped the author to meet many people from various nationalities around the world. The author learned from some, disseminated what he knew to some, and exchanged knowledge, ideas, and experiences with others; these diverse groups included people from the Armed Forces of the USA (Americans), UK (British), France, Germany, Spain, Turkey, Russia, and Iran. According to the author, the time he spent in the Middle East was some of the best experiences in his life. These include the Air Forces of Iraq, Jordan, Syria, Egypt, and UAE. In fact, he learned a great deal from the aforementioned countries and people. After his retirement from the Air Force in 1980 the author elected to do business. He successfully developed relationship with some of the internationally renowned companies among which most of them were the renowned American companies. Politics was the last field of his choice. He fought for elections for the National Assembly of Pakistan from Islamabad in 2001. Author was very disturbed by the 9/11 incident and felt the pain of American loss and subsequently coalition attack on Afghanistan and Iraq which resulted in loss of numerous innocent human lives. As a consequence, Author wrote the first book Terrorism or Awakening in 2005. Book had great reviews by the newspapers and foreign Ambassadors in Pakistan, which can be viewed on his website www.terrorismawakening,com The author’s diverse experience in life reveals that human relations and mutual respect is a key to success. His investment in life remains his family and friends irrespective of any preference to race, religion, and nationality. The journey will continue and so will be life.