The Empowerment and Transformation of Women 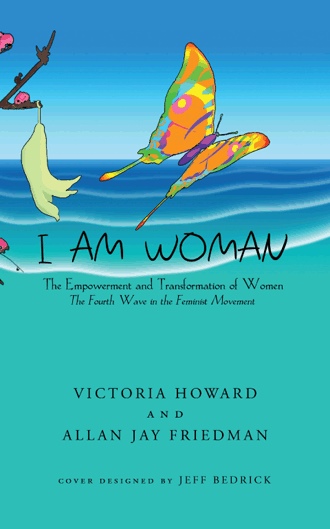 It all started in a tropical paradise called "The Garden of Eden." The creator of the universe made man in His image. He called the man Adam (which means "earth"). The woman, he called, Lilith (which means "of the night"). But right from the start, there was "trouble in paradise." Adam was a domineering, controlling man who wanted to rule over Lilith. But Lilith was a proud and willful woman who claimed equality with Adam. And so, she left the Garden of Eden in pursuit of her own independence.

God then created another woman for Adam. This woman, he called Eve. And, this event was the beginning of woman's constant struggle for equality with men.

The Womens Feminist Movement (Women's Lib) started in the western world in the 1800's and has gone through three waves.

The 'first' wave was in the 1800's, and was orientated around the stations of middle or upper class women.

The 'second' wave began in the 1960's. It addressed unofficial inequalities, sexuality, and perhaps the most controversially, "reproductive rights."

The 'third' wave started in the 1980's and continues through the present.

It focused on embracing contradictions, conflict and irrationality.

I AM WOMAN --The Book, is the 'fourth' wave in the Feminist Movement. It is the final wave : the Tsunami Wave!

The book, like the women's organization, will help quide women to empowerment and transformation. It is for women seeking to re-invent themselves, and becoming the beautiful butterfly they really are.

I AM WOMAN will finally re-unite men and women, and women can now stand tall and proudly say : "I AM WOMAN"....Watch me soar!

ABOUT THE FOUNDERS Victoria Howard is the internationally best-selling author of the relationship book called, "Why Women Love Bad Boys." She has penned her own column called, "Dear Victoria", and has hosted her own radio talk show called, "Beauty And The Shrink." She has been a model, dancer, race-horse trainer, co-owned automobile dealerships and developed real estate. In 2000, Victoria invented the first 'spiritual' fragrance for men and women, after spending three days in Australia with an Aboriginal Tribe. In 2008, she started an organization for women to help them re-gain their self-esteem and empower them. From this endeavor, the group grew in numbers with women throughout the nation wanting to join. Victoria called it "I AM WOMAN", which is 'the Fourth Wave in the Feminist Movement.' Although its goal is to reach equality on all levels with men, it is also to re-unite men with women through love, understanding, harmony and co-independence. Ms. Howard represented her State in "The Mrs. USA Pageant." She has appeared on Fox &Friends, The Sally Jessee Raphael Show, Good Day L.A., Good Morning Sacramento, and was a speaker at The Whole Life Seminar. Victoria resides in Boca Raton, Florida, with her dog, Max. Allan Jay Friedman is the Founder and President of Picture Book Productions and President of The Center for Top Performance whose Board of Directors include Academy-Emmy-Tony and Grammy Award Winners along with Nobel Lauerates and Olympic Gold Medalist. Mr. Friedman is an award winning Producer-Writer-Composer- Lyricist, who the New York Daily News said is known for his innovation in new art forms. Some of his many works include: The musical stage adaptation of "The Hobbit" and A.A. Milne's "Winnie The Pooh." Jackie Kennedy approved Allan as the Producer-Creator and Composer of the Emmy Award winning Television Documentary based on the life of JFK, "The Young Man From Boston." Later Bobby Kennedy chose him as the Producer-Writer- Composer of the TV Series, "The 1000 Days Of JFK." Mr. Friedman has written over 5000 pieces of music and 20 produced musicals and books. Additionally, he is preparing a season of three musical/concerts a year, which introduces a brand new art form. They include: "Dr. Magic Saves The World;” JFK (The Dream Rekindled) and "Trust Your Goosebumps, Cornelius Puck." Allan is in pre-production on a Broadway musical based on "The Count of Monte Cristo," which he wrote with Jonathan Tunick; and, a new style motion pictures for which he wrote the screenplay, music and lyrics called, "An American In Paradise." Mr. Friedman is the co-founder of the organization called I AM WOMAN whose goal it is to re-unite men and women through Love, harmony and co-independence.