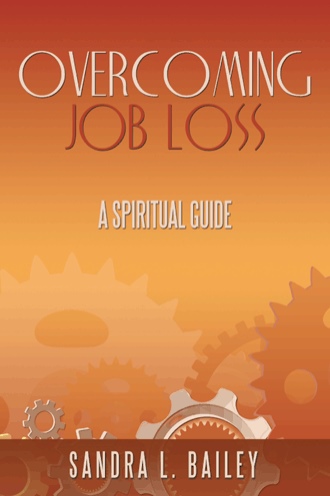 Principle #2 of Overcoming Job Loss - A Spiritual Guide affirms that God sees the bigger picture. This principle will guide you to trust God even when you think time is running out and there is no reason to trust Him.  It is amazing how you get to the point where you feel like God is not interested in certain areas of your life, but that is a deception that the enemy would want you to believe.  When you made the total surrender of your life to Christ it became His job to take total care of you in every area of your life.  This includes finding the next job He would like you to move into.
There is no area in your life that God is not willing to help you out in, you must believe this.  He has your best interest at heart. He did not take away your job because He had nothing better to do.   I know this might be hard to digest but in the plan of God it was time for you to move on.  Unfortunately our limited knowledge of the future makes us unable to see God’s best laid out plans for us.  God is not a liar; He stated in His Words that He had good plans for you.
Without knowing the ending of the story of Job one would think that it was cold and unfair for him to have lost everything and then had his health affected.  Job could have adopted the attitude of his wife who admonished him to curse God and die. He could have gotten bitter and charged God wrongfully but even in his state of uncertainty Job had a good testimony of God.  Job believed that everything God did was right. Job said, “Thou He slay me yet will I trust Him”  In all of the happenings God saw the bigger picture.  God knew what He was doing. Job was the only one that was left in the dark; however Job continued to trust God. God rewarded Job’s faithfulness by doubling all that he had except his children.

The job that you are now seeking should be lined up with your spiritual lifestyle. Could it be that your previous job prevented you from fellowshipping with the saints, participate in your children’s activities and spending quality time doing Kingdom building?  I encourage you to view your job loss in this light; God has released you from that situation and now He will be the one to guide you every step of the way with your job search.  Just writing this brings about a feeling of calmness and security.  This will now take the burden away from you because you will not have to try to find the next job alone.  You will still obviously have to seek for the job but God will now be the one directing your path, opening and closing doors. What a comforting thought!
Believe and understand that God knows the specific job He wants you to have and the specific time He wants you to have it.  I am reminded of the story of the children of Israel as they were getting ready to take over the city of Jericho.  The Bible states in Joshua 6:1 that Jericho was straitly shut up but nevertheless God told Joshua in Joshua 6:2, “See, I have given into thine hand Jericho, and the king thereof, and the mighty men of valour.”   When God said this to Joshua He knew the exact time to the second when Jericho’s wall was going to come tumbling down and how it was going to be accomplished.  The economy along with the job market might be straightly shut up but God is in the process of opening up a door just for you.  The Bible states that Joshua commanded the people as God had commanded Him saying, “And ye shall compass the city, all ye men of war, and go round about the city once. Thus shalt thou do six days. And seven priests shall bear before the ark seven trumpets of rams' horns: and the seventh day ye shall compass the city seven times, and the priests shall blow with the trumpets. And it shall come to pass, that when they make a long blast with the ram's horn, and when ye hear the sound of the trumpet, all the people shall shout with a great shout; and the wall of the city shall fall down flat, and the people shall ascend up every man straight before him.” (Joshua 6: 3-5).   Joshua and the children of Israel trusted God and they were victorious.
To be victorious one must follow the instructions given by God without alterations and deviations. The command did not seem logical. How can a shout bring down a wall that thick?  Jericho’s outer wall was 6 ft. thick and about 20 ft. high. The inner wall was about 12 ft. thick and was 30 ft. high. Between the walls was a guarded walkway about 15 ft. wide. It was not the shout that brought the wall down but their obedience to God who commands. Delayed obedience is disobedience and there can be no victory in that.  Each day find a way to demonstrate your trust and confidence in God by doing something He asks you to do that may not be logical but in doing so you will get positive results.  The Bible stated, “By faith the walls of Jericho fell down after they were compassed about seven times.” (Hebrews 11:30).  Believing that God sees the bigger picture allows you to operate on a different level.  This level is one of trust and confidence in the God who knows about tomorrow.  The rules are now changed for you; you are now operating in a different realm.  This means that if you go on a job interview and you were not selected for the job Principle #2 reminds you that God sees the bigger picture!
. 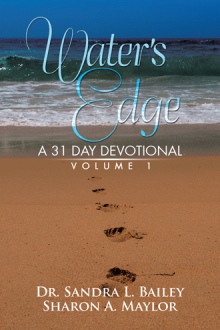 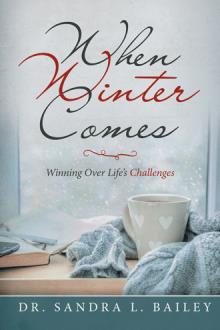 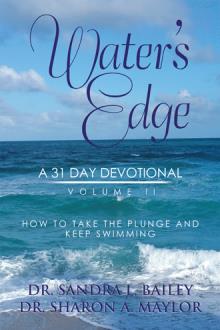 The rejection emails and phone calls keep coming and you feel like time is running out and you don’t know what to do and where to turn. Discouragement begins to kick in because you have now been unemployed for quite some time.  You asked yourself the question, “What more can I do?”   Look no further; Overcoming Job Loss – A Spiritual Guide written by Evangelist Sandra Bailey who also experienced job loss can help you put those concerns to rest.

Overcoming Job Loss – A Spiritual Guide consists of six faith based principles that will help you to get through your period of unemployment with grace and confidence.  They are supported by the Scriptures and will make this difficult period so much easier to handle as you follow the steps outlined.
The content of Overcoming Job Loss – A Spiritual Guide allows you to tap into your Source – the only wise God and allow Him to open the doors that are closed. He will now be the one pulling the strings for you and giving you directives. Rest in Him and watch Him work for you, He has your next job lined up for you. “For I know the thoughts I have towards you saith the Lord; thoughts of peace and not of evil, to give you an expected end.” (Jeremiah 29:11).  Don’t throw in the towels; see those rejections as a sign that those jobs are not good enough for you!

Dr. Sandra Bailey is an energetic, self – motivated, purpose driven young lady who continues to strive for excellence. She is a multi – talented international Evangelist, public speaker, conference facilitator, life coach and the author of “Called to Worship ~ A Lifestyle of Praise” and “Overcoming Job Loss ~ A Spiritual Guide.” Born in Jamaica, West Indies, Sandra migrated to the USA to join her mother and siblings and she currently resides in Englewood New Jersey with her loving husband Ian and daughter Sanian. She serves as a lay minister at the Church of Jesus Christ (Apostolic) where Presiding Bishop Walter G. McKoy serves as pastor. Additionally she possesses a strong educational background which has culminated with a Doctorate in Theology, a Master’s in Theology and a Bachelors of Science in Dietetics and Nutrition. Her passion for knowledge coupled with her love for people propelled her to begin a Doctorate program in Christian Counseling. Her recent experience with unemployment for over ten months motivated her to pen this book “Overcoming Job Loss ~ A Spiritual Guide.” Dr. Bailey believes that during her period of unemployment she learned some valuable lessons that caused her to triumph. Hence she packaged her experience in this book with the hope that others who find themselves in the same situation will have a point of reference to help them deal with their job loss with Grace. Sandra believes that the combination of her victories and challenges have made her into the respected thought leader she have grown into. Her dream is to host a Women’s Conference to help motivate women to ignite their passion and do the unthinkable. Her mantra is “Nothing is impossible with God.” Dr. Bailey can be contacted at sandrab.bailey@gmail.com. She is available for speaking engagements and conference workshops.