The Song Poems of John Calo Vol. I 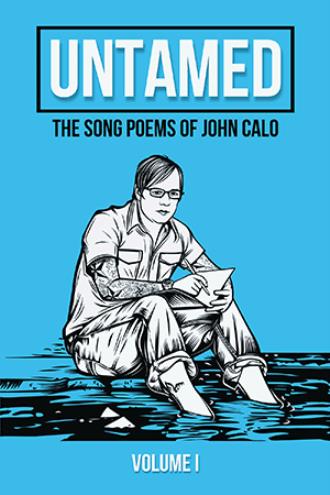 Untamed is a brilliant collection of poetry, framed into song lyrics. In his debut book, Billboard-charting artist John Calo brings the reader deep to the roots of where his music career began. The Song Poems of… becomes a reflective memoir, serving as a rare window into the creative process of a budding songwriter. Stories interweave across 100 lyrical pieces, with Calo recounting his mindset as an ambitious teenager finding purpose in life through music.

No stranger to the arts, John Calo plunges into the literary world with his introductory book, Untamed: The Song Poems of…” As a Billboard-charting artist, Calo has penned over 500 songs in his lifetime, with this volume containing the first 100. Calo has been active in the music industry for 18 years, most notably as a touring performer for half of that span. He has dabbled in every corner of the business: including stints as a brand manager, national booking agent, music video director, mixing engineer, publicist, promoter, and record label A&R. A multi-instrumentalist, Calo has spent more than a decade as the bassist of hard rock band Along Came A Spider. Their music has been played on radio stations around the globe, shown on MTV, and featured in major magazines. ACAS’ third album, ‘BLACKHOLE’ garnered over a million streams and was the #1 Hard Rock album on Amazon upon release. He is also a music producer, currently working with Michigan hip-hop artist Slate. In print, Calo previously worked for several circulated newspapers as a news correspondent. He cut his teeth as a teenager by heading the school paper and yearbook. His poetry has earned several accolades, including a nomination as Poet of the Year by the Poetry Society of America in 2006. In his (limited) spare time, he enjoys date nights with his girlfriend, traveling, gardening, and collecting classic cars. John Calo was born in Blue Island, Illinois. He currently owns and operates a bar in Lakewood, Ohio – where he resides.