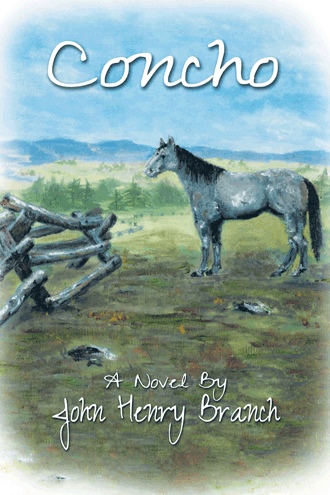 Being careful not to silhouette himself against the Wyoming skyline, Jamis spent the next two days cautiously working around and through the canyons and hills until he finally came to a long, open prairie that seemed to stretch on for an eternity. The stage depot was half a day’s ride from here, and then it was another hard day’s ride across open country to Laramie. There was hardly any cover of any kind other than sagebrush and the shallow washes left by the occasional cloudburst. It didn’t rain in this semi-arid climate very often, but once in a blue moon, the sky would open up and pour down. When Jamis reached the stage depot, he found it abandoned. He supposed that one of two things had made the attendant decide to vacate the premises—either the Indians began frequent raids, or he thought better about trying to survive the winter out here alone. The door was ajar, so he went inside and rummaged through the piles of cans and sacks lying around. He found some coffee that hadn’t been torn open and vowed to stop in when someone was home and pay a fair price for it. The Indian sign around the place looked fairly old, so he built a fire in the stove and cooked himself up a good meal with hot coffee to warm his bones. He decided not to risk getting a surprise visit while he slept, so he retrieved his mount from the stable and led him a half mile or so out into the hills and found cover for the night. Jamis finished off a piece of jerky as the sun overtook dawn. He reached into his saddlebag and lifted his binoculars to his eyes. He was thankful he had these. They were U. S. Cavalry issue, dispensed only to scouts and officers, and they were the best available. He slowly and methodically scoured the plain from one horizon to the other. Finally, content that there was nothing moving except the small herds of antelope scattered here and there, he carefully picked a route through a slight depression and moved out, stopping every quarter mile or so and repeated the process. There had been no sign of any human all day, and Jamis had about decided all of his precaution was unnecessary when, out of the corner of his eye, he caught movement. In one single motion he pulled up and slid to the ground. It wasn’t just the movement that alarmed him but the hair standing up on the back of his neck. He rarely got that sensation, and when he did, more often than not, there was reason for alarm. Sure enough, as he glassed the plain to the east, he discovered half a dozen braves slowly working their way up through a little draw.

A treacherous journey through the Wyoming wilderness brings great change and challenge to Jamis Johnson and his frontier family. His dream is to create a quality strain of horses for the demanding life of the expanding American frontier. His dream can become a reality with the purchase of a stallion from the stock of George Gray of the G Bar G Ranch in Laramie. Jamis leaves his family to trek through the foothills of the Rattlesnake Mountains, where he encounters Indians and battles the unforgiving elements of the rugged outdoors to reach Laramie before winter sets in. In his absence, his wife, Deborah, is left with the insurmountable endeavor of trying to provide for herself and her young son in a cold, cruel and dangerous environment. Their struggle to survive through astonishing circumstances will draw the reader into their world and provide a glimpse into what life was like for those American heroes who settled this great country and helped it to become a beacon to the downtrodden from the far corners of the earth.

John Henry Branch was born and reared among the cotton farms of West Texas. Early in his childhood, he became a “cowboy” at heart with a deep love for horses. With older brothers working on cattle ranches and Roy and Gene cleaning up the west on TV, he found himself longing to follow in their footsteps. He soon realized, of course, that those were the dreams of every young boy and that life had a deeper calling for him. After a four-year tour in the Army, with one year served in Viet Nam, he attended Criswell Bible College in Dallas, Texas, and earned a BA degree in Bible. Upon graduation in 1979, he answered the call of pioneer missions and moved his family to Casper, Wyoming, to pastor a fledgling church there. He would spend several years in the Rocky Mountains of Wyoming and Colorado, working odd jobs to support a wife and three children while pastoring small congregations that were unable to support a full-time pastor. He grew to love the West with all of its colorful history and had a desire to one day share what he saw in that history in the form of a story. You hold that story in your hands.