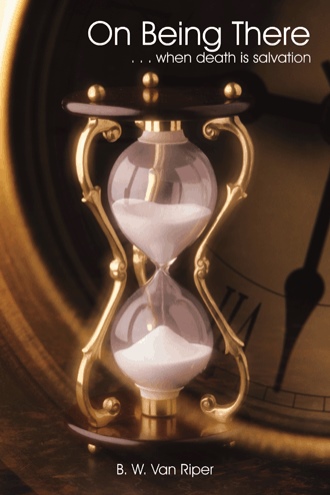 Ironically, an ending impending is the beginning of this story. There is no secret about what is going to transpire just because it is not readily given a name. The mystery is revealed in transforming effects created by drastic circumstances. Neither is it a mystery who is fated; Liz is the one who faces the demon of desperation; Liz's good friends must face Liz. As it happens, the vis-a-vis is more daunting than the chimera. How all of it is going to happen, though--well, that's the story.

It's not an easy story to tell, because it's a hard way to go. Still, it's a good story, even though it's about bad luck. And even if real people aren't acting on life, real life is acting up. Adversity is a powerful theme with requisite tensions that drive a plot with direction and purpose in an attempt to tap the wellspring of sacrifice and soul. This is a story with a provocative rhythm . . . a shock that starts it, an illness that defines it, an angst that permeates is, an issue that promotes it, a coterie that struggles with it, a dilemma that sustains it, an urgency that inspires it, a celebration that commemorates it, a tragedy that transforms it, a gift that sanctifies it--

At the outset of her misadventure, in the shadows of her mind, trouble and turmoil lurk. But is she prescient or obsessive? And does it matter?

Because of her GP's lingering concerns about the state of her health, Liz is subjected to more and more testing, creating more and more worry. More worry, sponsors a self-fulfilling prophesy that is toxic. Even before the final results are in, she has come to catastrophic conclusion.

Relying solely on intuition, infamous affect prompted Liz to imagine the worst: just because the GP hadn't found IT and just because medical science hadn't discerned IT, well, none of that was any assurance that IT wasn't there. Probably IT was, and if IT was, that was probably IT for her.

As a consequence of growing concerns, Liz became a friend in desperate need, indeed. Friends, she had them; five women, fast friends, life companions, Catholics, Chicago Girls, 'Guzzleteers,' were there for her. They noticed Liz's nuanced behavioral changes. At first, they kept their thoughts to themselves, but a time was coming when they would be integrally involved in issues that would cause them distress and challenge their courage and allegiance.

While acknowledging that Liz was going through a difficult time in her life, her best friends believed Liz was more worried about what she might have than what she did have. --Little did any of them know at the time what truly loomed.

After several rounds of testing, Liz's worst fears were realized. She had IT.

When they learned the facts, good friends volunteered for service. As was so often the case with them, when one of their coterie had pain, all of them felt it. Once they learned the extent of Liz's illness and the nature of the impending disaster, they marshaled their forces. But just what to do for their friend left the devoted collective drained and bemused. Eventually, when she ran out of hope and promise, Liz feared that she would soon run out of time to prepare for her terminal exit. She wanted her friends to do her an extraordinary service that stretched, not only their imagination, but the limits of their tolerance, forbearance, ethics, and honor as well. Her devoted friends were driven to the limits of their morality by the issue. They wanted to stand by Liz in her time of need, but that was before they learned the extent of the service Liz need them for--

The loyalty challenge: Could they do what Liz asked of them in good conscience? Holding sway, the nagging dilemma: Might it be right to do the wrong thing; or, might it be wrong to do the right thing?

An impossible moral contest/conflict was waged over weeks. Could they even condone, let alone comply with what Liz expected of them? The dynamics of death and dying were what the lifelong coterie had to contend with, and to reconcile. As death and dying vied with life and breath, the sum and substance of their mission a dilemma in transition, conscience tottered bleakly on the precipice of fidelity as the dedicated supporters anguished, teetering on the edge. Posted sentinel: their nature and ther nurture.

Their venture epitomized in communal relationships where ties that bind are inclined to vanquish values when friends in need seek help indeed/and fast friends are asked to help when time has run out on hope. --At critical mass, the bonds of friendship, torqued by crisis, are made much of or made chains of by turbulence.

BE THERE is the plea that beseeches. It can be more than the Natural Anthem of contemporary culture. Sometimes, it is a clarion call for uncommon commitment and valor. In those rare instances where extraordinary measures are called for, being there for someone may require the most discordant sacrifice imaginable.

For those who are asked to come when they are called, the request invokes a possibility against the night. Do good/be good. But how? The way is obscured. No light illuminates the path to follow. People can only feel their way, and then, at best, just grope. 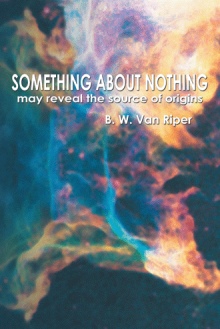 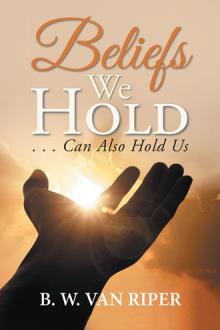 After months of failing health and anguishing twists and turns in her medical situation, Liz learned that her fate was sealed. Every avenue of hope had closed to her. She was desperate for relief from physical and mental trauma, and she was terrified by thoughts of a depressing and, in her mind, a demeaning conclusion to her life.

Mortally ill is Liz. Her disease not only terminal, her time is short. By crisis impaled, Liz is inspired to take control of her own fate/with stipulations. At heart, she wants to end her life in her own way surrounded by her dearest friends. The moral support of friends, though, fades to gray when the presence of their company is requested. --This her story.

The devotion of a band of women to a dying friend not only resonates with compassion but also resounds with reservations about a request for involvement in an incredible and impolitic denouement. Stymied by Liz's appeal to be there for her at jouney's end causes her friends inordinate angst as orthodoxy comes down hard on complicity. The fast friends face perplexing terms and conditions of allegiance that are both excruciating and inescapable. Theirs becomes a quandary: Can it be wrong to do the right thing, or conversely, right to do the wrong thing? --This is their story.

The clarion call for uncommon commitment and valor takes more than raw courage to answer. In those rare instances where extraordinary measures are called for, being there for someone in dire need can require the most discordant sacrifice imaginable. --And, in that event, this could be our story.

A special, abiding interest in sociocultural issues has been prominent in his life and work. An advocate of personal choice and planned change, the author has been a facilitator of self-expression, self-assessment, and self-direction in his thinking, teaching, and writing. He spent his most productive years in higher education preparing graduate students for careers in counseling and therapy. The author has a Ph.D. from the University of Michigan and is professor emeritus at Eastern Michigan University. His wife and family, including a daughter and four sons, spouses, and 12 grandchildren, are and have been a source of great pride and support over the years. Family is, as it always has been, central and enduring in all his efforts and endeavors, whether personal or professional.