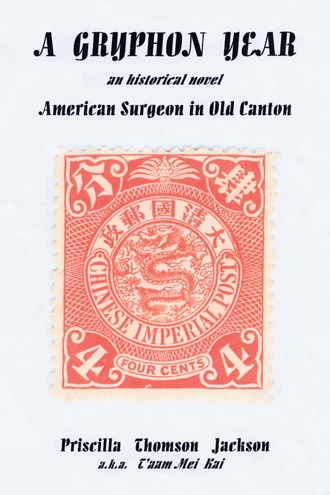 The author was born in China, her doctor-grandfather and grandmother traveling to the mysterious Chinese Empire in 1881. Their children returned after education in Canada, including the author’s doctor-father and his wife to the same Canton Hospital – the first ‘western’(scientific) hospital in China. Schooled in a two-room schoolhouse in Paak Hok Tung down the Pearl River, loved Geography and Art by college-grad. missionary wives. At Shanghai American School (SAS) she was Editor of the Annual, danced in a quartet -- Chinese Boxing, co-won the Chinese History Prize. A semester out at St. Steven’s (Chinese) Girls School in Hong Kong as one of seven noisy ‘Colonials’ while Japanese captured Shanghai. Returning to Canton’s sand-bagged Hospital she felt the rage at saturation bombing and then the helpless fear of an Occupied City held by often-drunken soldiers. To USA for Political Science at Oberlin College, volunteered for a summer work-camp in Cleveland ‘slum’ organized by Seminarian Walter Neale Jackson from maritime New Bedford. Married him, transferred to University of Chicago. While her children were in school, she was admitted to Detroit Women Writers. Summers were spent cruising Great Lakes, Lake Champlain, down to Miami. Admitted to Breadloaf Writers Conference, and encouraged by Allen Drury, admitted to Esquire Writers Conference with Saul Bellow. She has made homes in big city, small town, village and countryside, also slum, suburb housing project, boats and marinas .She has enjoyed pet cats, dogs, horses, roosters and hens, but really not pigs, been curious about resident mice, squirrels, woodchucks. She loves family and flowers and writing. In her empty nest professional period, she took an MA at Michigan State, programmed for women at Wayne State, Oakland U, Michigan.