The Castle We Called Home 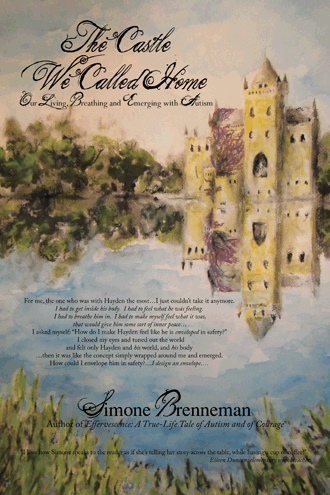 To really understand how complex our world had become, I think you, the reader of this epic tale, you could use a lovely and clear visual, an image of Genevieve and even more potently, of Hayden. No two characters that I could possibly create in my mind to be the hero and heroine of my two books, could be more “breathtakingly beautiful” and adorable than these real-life embodiments: Genevieve had perfect rosebud lips and beautiful, long, wild and curly red hair. In the sun, it glistened with a hundred different shades of red, as if every strand was of its own unique tint. Her eyes, on the odd occasion when she would be drawn to make eye contact with you, showed themselves as green, a gorgeous, light shade. She had slightly chubby cheeks and lovely skin. So far beyond that, she exuded what can only be called, yet again: effervescence. Despite her challenges, she saw life with sparkle and humor, constantly flitting from our world to hers, sometimes in torment, often in complete rapture. To quote Effervescence: “When she walked she giggled, like life was the funniest thing. She appeared to experience life on a whole different level than the rest of us!” And then there was Hayden. He too had red hair, though wavy, not wild and curly. It was a lighter shade than Genevieve’s, an important distinction in her mind, as she wanted no parallels to be drawn between the two of them, especially on something as intimately a part of her as her hair. He had the cutest dimples and a cleft chin, very blue eyes and beautiful skin. His cheeks were sprinkled with just enough freckles to be captivating, almost like they were hand-drawn to be placed in such a way as to pull you into his unique little being, even further! He was so different from her. When she was calm and happy, she was aloof and flitted back and forth into our world and into our attention. But Hayden was the exact opposite. Genevieve drew people to her because of her beauty, her effervescence and the uniqueness of her soul. Hayden drew people to him because he was absolutely adorable and because he reached out and grabbed them! He had this way, and this is what you need to know to understand how complex and confusing it was to be living with him….it was like he just had this way of reaching out and grabbing our hearts and wrapping himself around them. He just had this way of demanding, but more of enticing our attention and our hearts. And he did draw us in; he did it continuously, despite his bizarre and aggressive behaviors. The problem was: he couldn’t handle our love and our attention. Something in his body would react. What was it? Why? This beautiful little boy, still a baby of three….we loved him, we adored him.…he drew us to him, absolutely lovingly and melting into us one moment and then the next, reacting fiercely to us, scratching our faces, our eyes….often it was literally in the blink of an eye and without any warning or apparent reason. His brother was affected the most, because he was drawn in the most. He was such a “family guy” and above that, he had dreamed of having a little brother. That bond and that role was one he greeted with intensity and open arms. No wonder he bore the greatest brunt, emotionally and physically. But there was something in Hayden’s eyes. I’m not so sure we saw it at the time; we were probably too distracted trying to keep him calm and entertained. Maybe we didn’t or couldn’t let ourselves see it. But I see it captured in photographs and portraits of him back in those early years. It’s like in those beautiful blue eyes there was a seething energy, a resistance to the world. There’s one portrait, actually, that I recently had to tuck away, hidden. It’s a shame because the lighting was perfect and his hair, his dimples, his freckles….all so beautiful. But his eyes jump out at me, and I see who he was at that time. I feel that seething energy and that resistance, and it’s painful; it’s disconcerting. It needs to be left behind, to be left hidden. 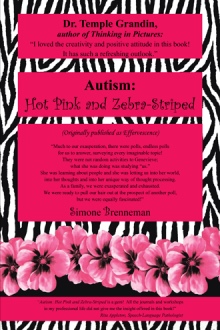 The Castle We Called Home will draw you in from the very first word, until the last. It is simply a captivating story: "By the age of three, it was obvious that someone needed to be with Hayden, almost constantly, and with focus. It wasn’t only because of his aggression or his lacking sense of danger. It was as much because he would otherwise wander aimlessly, looking for trouble, putting objects of any type in his mouth or destroying things. Or even worse, he would park himself in front of the TV and slip into Nowhereland.

It tormented me. Why couldn’t I get more deeply into his head? It was like standing in a corridor, a door ahead, locked and bolted shut….and me, hopelessly and frantically, fumbling with a mess of keys.…none of them fitting.

Or was the problem that there really just wasn’t a key anywhere that would fit?

It truly tormented me because we were falling apart at the seams. I had found the key with Genevieve. I’d only had to think her and feel her and reach down from within. With her it was all about getting into her head and her body and her world, and then letting her feel safe and accepted enough, to let me enter. From there, it was a matter of using tools that fit for her, like Fantasy. But with Hayden, I didn’t feel that I had that edge.

I couldn’t help feeling that I had let Hayden down. Why couldn’t I do the same for him that I had done for her?

For more information about this book and others by Simone, as well as TV and radio appearances and her blog, please visit autismembrace.com or effervescentclarity.com

“Simone is wonderful … a must see!” Connie smith, CTS

Simone is a mother of two autistic children, and two typical children. She works as a writer, a behavior interventionist and a dance and yoga teacher. She has delved deeply into the world of autism through the minds and bodies of her children, as described in both The Castle We Called Home and Effervescence. The pervasive challenges of both of her unique children enticed and demanded that she live very much submerged in their unique worlds, to help them to emerge. In her words: "Back then, when Hayden and Genevieve were so small and so overwhelmed by the world, I took their lead and I trained myself. It was out of desperation, so I was highly motivated. But it was also out of fascination. In some ways, getting in and living in their world was the easy part. The tough part was getting out and reprogramming myself ". Simone became her children's "stepping stone" as well as their therapist and program designer. All levels of her work and experiences are absolute joys, equal to the joy of speaking and presenting through the media and her writing, about her autism and the endless ways of embracing it. The challenges of being relentlessly driven, creative and insightful in forging out successful paths for her children, is met with her desire to focus on the impact of these unique children on their families. Both of her books explore lovingly and realistically the far-reaching effects on siblings and parents. She speaks candidly about the intense joys and equally, about the intense difficulties and complexities. Simone writes with passion, and yet as though she is sitting across from the reader, conversing over a cup of coffee. Her writing and insight has been recognized and acknowledged by the highly-esteemed animal scientist and author, Temple Grandin.