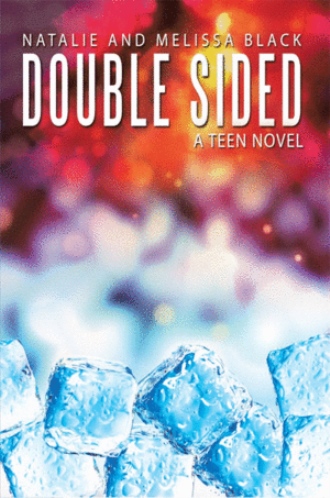 When the boy is about within ten feet of killing us, Eric springs toward him, knife at the ready. The other guy is just as fast. He turns his body a tad to the right and jumps a little into the air, so at contact he flips over, but by the time the two hit the ground, Eric is at the bottom of the pile.

The sandy haired kid kicks the knife out of Eric’s hand which lands a few feet off to the side of them. Oh no. Taking advantage of Eric’s momentary delay, the kid jumps up and once again charges toward us, his eyes locked on me.

I know I should have run or moved or something, but suddenly my feet are pasted to the ground with nowhere to go.

Eric by this time is up and running. He slides his feet out and hits the boy in the knees. The kid takes the knife and slams it into the soft ground a few inches from my feet.

“Get her out of there! Fast!” Sandy Hair yells at me while signaling at , still in the net, and being dragged backwards by his ankles by Eric.

Nobody had to tell me twice. While the boys continued to wrestle, I grabbed the net and began to work on cutting loose.

“What? What are you talking about?”

“Watch the net. I can feel it tightening around me!”

I paused for a moment and looked at the net. It was tightening. If I didn’t get out of there soon, who knows what would happen to her.

Behind me, the fight is sounding pretty even, both guys are taking a serious amount of hits but seem to be able to send them right back.

I’m sawing vigorously on ’ ropes, but they are moving too fast.

“Hold on. One more.” I get the knife through another string and falls right out the bottom. She is virtually fine, but has a few rope burns on her arms.

The sound of breaking skin brings us back to the battle. There has to be some way we can help. I figure if we try to jump into the middle and gang up, we’ll just be destructive to Eric. Idea. I reach down to the ground to grab the knife but is one step ahead of me. She snatches it up.

catches the unknown boy off guard, giving Eric the time to adjust his weight just enough to send them flipping across the ground landing them with Eric pinning the guy to the ground.

tosses him the knife. A perfect catch. Eric raises the dagger above his head (not trying to be dramatic, but to get some power behind it) and…

“Alex! Stop him! Get him off me!” It’s the green-eyed boy, inside my head. Without thinking,

“Stop!” I vociferously demanded. I’m sure Eric heard me, but just to make sure I darted over and snatched the knife out of his hand. Although Eric still had the kid with sand colored hair pinned to the ground, I had all three sets of eyes on me.

One pair was green.

Alex Aldermen: Alpha female of Summit High. Goes from leading her peers to the lunch room to leading an army of hundreds into a heroic battle.

When these two girls are forced together by fate, they change the course of nature with the help of two boys—one who doesn't exist and one with a dangerous secret. Together, they show that ice and fire can survive together.

At 12 and 14 years old, Natalie and Melissa Black are voracious readers who collaborated to create four new inspiring characters that are intelligent, fast paced and thrilled to discover their own new powers. Writing this book during their summer break, Natalie and Melissa also found time to water ski on , attend Pine Cove Christian camp, teach and spend time with their friends. During the school year, these two sisters play several different school sports, are working on their Silver and Gold Award in Girl Scouts, play year round soccer with Albion Hurricanes, are active members at Second Baptist and are honor students at the schools they attend in .