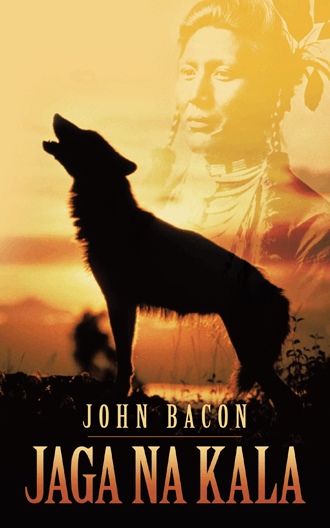 Opening the door in winter was sometimes a problem, on occasions snow piled itself up against the cabin and she would have to make a path through the snow to the woodpile and the cave. With her father's jacket on, along with her gloves, she opened the door. A small amount of snow had fallen during the night, a few inches. She ventured out, the snow crunching below her feet on every step she took. The woodpile at the end of the cabin still held a large amount of wood, all cut ready for use. She gathered some up into her arms and returned to the cabin. It would take a few trips to fill her wood box up again. Ruth went back and forth from her woodpile. She ventured out towards the wood pile for what she thought would be the last time, one more good load of wood would be sufficient for a couple of days. The path through the snow between the cabin and the woodpile became well-trodden and at times slippery. Today with a slight covering of fresh snow, it crunched under foot as she made her way back to the cabin her arms full. She reached the cabin door. Unable to open the door with her arms full of wood she backed into the cabin pushing the door open as she entered. She turned and dropped the wood.

A wolf was snarling at her, its body low to the ground, its head down with its ears back, flat against the top of its head. Ruth backed away, along the wall, towards the bunk; the wolf took half a step towards her still snarling its eyes a fire red as they glared at Ruth. The fire behind the wolf cracked. The wolf's head snapped round looking at the fire then quickly back to Ruth. Ruth watched as the large wolf slowly lowered its body onto the cabin floor. It had a heavy brown and grey-flecked coat with a large head and flaming eyes, which watched Ruth all the time, but it had stopped snarling at her. Ruth slowly moved away from the wolf until she reached her bunk, the wolf watched her every movement, but did nothing.

The standoff continued with the wolf guarding the fire, it seemed content to let her be at the other end of the cabin, however the fire was starting to die down and with the door, jammed open by one of the logs she had dropped, cold air was coming into the cabin. The wolf was still intently watching Ruth, the wood she had been carrying lay scattered around the cabin dirt floor. Two pieces were close to where Ruth was standing. She moved very, slowly, the wolf watched her without moving from its position not far from the fireplace. Having reached a position where she could crouch down and pick up the wood, Ruth stood there for a short time before she started to lower herself her eyes fixed on the wolf. Slowly without any abrupt movement, she picked up the first piece of wood and then the other. Still moving slowly she stood and stepped back to her position beside the bunk. She had the two pieces and the wolf had done nothing other than watch her. From the bunk, she tossed a log towards the fire. The wolf snarled a warning at her but did nothing other than watch the log curve though the air landing at the back of the fire. The second one bounced in front of the fire ending up on the embers.

Her father had told her, wolves do not usually attack unless they feel threatened. She spoke quietly, `I have to keep the fire going,' she said. The wolf's head tipped to one side, its ears no longer folded back against its head. She spoke again without the wolf reacting. Ruth decided she would try to reach the fire, there were several logs lying beside it ready for her to use. Slowly, without any quick movements, Ruth started to ease herself along the rear wall of the cabin. She passed the window without the wolf reacting but now she had to leave the wall and make her way around the table. Slowly she took a step, which took her nearer the wolf. The wolf let her continue; it snarled a couple of times but its snarls were no longer as threatening as they had been more a warning not to approach too close. Slowly without taking her eyes off the wolf, Ruth inched herself passed the table until she reached the fire. Now, if she was going to do anything, she had to turn her back on the wolf. She crouched down sideways to the fire in such a way, as it was possible to keep one eye on the wolf. Slowly without any sudden movements, she placed five logs onto the fire, which by this time had died down considerable. She arranged the logs so they would burn brightly.

Ruth noticed her large pot half full of water; if she put it on the fire to heat; she believed she would be able to throw the hot water at the wolf driving it from the cabin. Without any abrupt movement, she hung the pot from one of the metal bars. The fire started to produce nice bright flames, it hissed as the heat drove the sap out from the centre of the log; she backed away along the rear wall. The wolf studied the fire without appearing bothered by it. `The fire makes you warm,' Ruth quietly said; the wolf looked at her without snarling. `Wolves are supposed to run away from fire, why don't you.' The wolf tipped it head to one side as it listened to her voice. 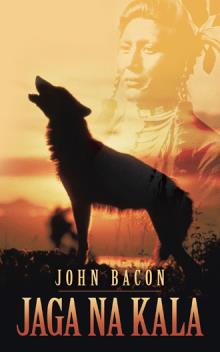 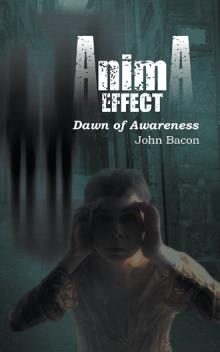 Alone in the Canadian wilderness in the 1620's, after her father's death; Ruth has to learn how to survive. During the first winter she befriends a wolf and gives him the name of Zak. She soon has a pack of wolves, and learns to hunt with them. Contact with the local Indians brings with it communication problems. Because she has a pack of wolves, the Indian's give her the name Jaga na Kala - Mother of Wolves. When trappers murder one of the Indians she has to determine which of three trappers caused the death of one of the Indians.

John Bacon has been an electronic engineer for most of his life. He served twelve years in the Royal Air Force and had items published in the RAF News. Since the age of thirty he has been in manufacturing engineering in R&D ending up in quality and test. Now retired, he has taken writing more seriously; Jaga na Kala is one of his books.