The Third World Where is it?

Forgotten corners of the World But we Have Life and Space 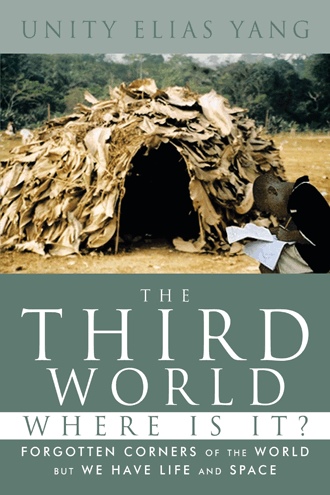 This book is about the ‘people in the forgotten corners of the world,’ to quote US President-Elect Barack Obama in his victory speech that was broadcast the world over. Many could only listen on radio for want of a television set; others watched him live on the morning of 5 November 2008. Yet this book is more about those ignorant of Barack Obama because they lack even radios. These are the peoples constricted to their immediate and limited environments, who exist in oblivion of the outside world and invisible to it, for the most part—these are the peoples who are stricken by neglect, poverty and loss of communication. These are ‘the people’ who, along with their ‘corners of the world,’ actually are the ‘forgotten.’

The world is made up of two peoples: the prominent power wielders and decision makers, who are seen and talked of always in various strata of society; and the forgotten speechless and missing peoples, withdrawn to the backyards of society, and hardly heard of, thought of or listened to. Ultramodern telescopes capture images from the moon and faraway stars, but fail to detect the human species existing in what may be considered the abyss of Planet Earth, in which is what physical science might describe as a black hole in modern civilisation.

The need to depict the characteristics and challenges of the geopolitical entity described as the Third World is a prelude to prepare it for unequivocal identification and participation in the new global order. In a community of rich and poor, the uncontrollable phenomena of inferiority and superiority complexes will always hover around. There is no psychological equality when the rich and poor meet, and any psychological equality can only be established by levelling up standards; that is, by raising the status of the poor to meet the standards of the rich, because it will be unorthodox to reduce the rich to poverty in order to establish equality. Even though Jesus Christ asked some of his followers to give up their wealth and join him, these disciples knew that Jesus had more to offer.

In an increasingly globalising world, with an increasing drive towards global governance through an inevitable institutional world government, it is important for the Third World to begin fixing itself so as to step into global participatory governance with dignity and stamina, and not as miserable beggars as they are perceived today by the developed First World. As the bearer of the future of mankind, the Third World needs to be preserved, protected and respected. Therefore, a new civilisation geared towards correcting the destructive errors of the present civilisation needs to be cultivated and implemented in the Third World. This new civilisation has to touch on each of the following: a new politics for all the nations of the globe; a new human protection code; new human and environmentally friendly technologies aimed at preserving the modest, acceptable way of life in the Third World; and global justice institutions to protect the vulnerable people and the exposed environment from all injustices and misuse. Above all, a new civilisation has to create favourable conditions for the young to grow and the poor to come out of misery, while protecting the status of the rich, to prevent them from reverting to poverty to begin the vicious cycle all over again.

What is wrong about the Third World? Are its underdevelopment and poverty such permanent phenomena that they cannot be fixed? Moreover, are these phenomena attached to Third World countries and peoples in perpetuity? Are these phenomena God-made, or are they simply the result of a lack of human will to turn the tables? Does poverty entail only the lack of basic needs, or is it accompanied by unbearable suffering that may question the raison d’être of living as a human being? Do poor people see value in the human person that they incarnate? Do they discover a season or a way to keep on with life, hoping for the unforeseen better days ahead? In God’s creation agenda for man, was there a definition of wealth and poverty? Did God in any way attempt to divide the world into rich and poor peoples, with the former located in the upper part of the planet (Northern Hemisphere), and the later in the lower part (Southern Hemisphere)? 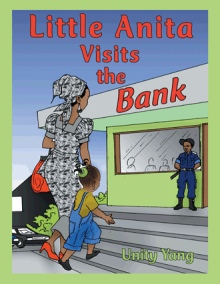 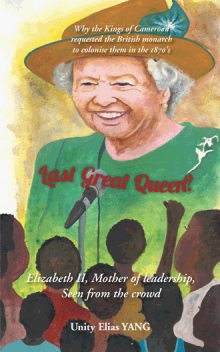 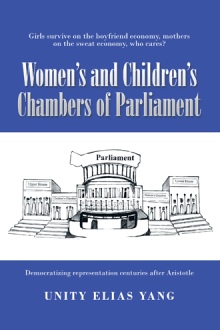 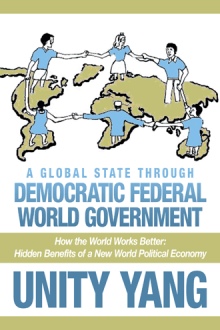 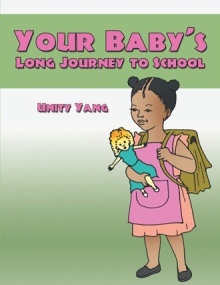 Unity Elias Yang, also the author of A Global State.

vLike the Third Estate in France, the Third World has nothing, but wants to be something, for both have been exploited.

Does the Third World Point to the Future?

The black race shall prevail.

They go naked as the day they were born; the women as the men. We Christians said they were remarkably beautiful men and women. This beauty was moral as well as physical. . . . They are the most pleasant and peaceful people in the world.

Born on 20th May 1974, Unity Elias Yang is the first African member of the Board of the Organization Vote World Parliament (VWP) in Quebec-Canada. He is also the Author

of a Global State through Democratic Federal World Government.

Born on 20th May 1974, the second anniversary day of Cameroon’s unitary state, Unity Elias Yang is the first African member of the Board of the Organization Vote World Parliament (VWP) in Quebec-Canada. He initially read Physics in the University of Buea, a venture that enabled him to compare the order and pragmatism that prevails in the world of physics to the spirally deadly disorder that prevails in the world of politics. He attempted to reconcile the question: If the laws of science and nature are universal, why can the laws of politics not be? This was the inspiration for this book.. The admission of his country into the Common Wealth on November 1st 1995 also created the imagination that the world could go beyond international organisations. He is doing Masters in International Law in the University of Yaounde 2, and holds an Associate Degree in Peace and Humanitarian Relief (United Nations Peace and Relief Operations) from the Peace Operations Training Institute (POTI) in Jamestown Virginia. He holds a diploma from the National School of Administration and Magistracy (ENAM) Yaounde. He is also the author of the Third World, Where is it?