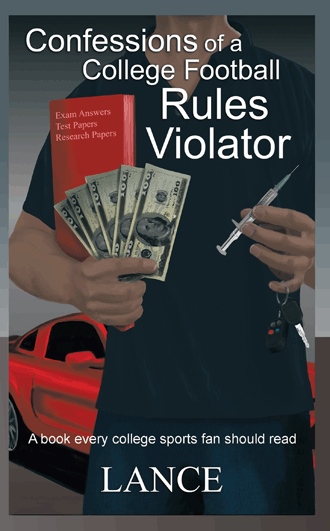 This is a true story, but I can't prove it, so with the advice of lawyers and publishers, I'll call it fiction. And to follow the lead of Jack Webb, the names have been changed to protect the guilty. I love a great practical joke, and one of the greatest sports practical jokes of all time was pulled off by Morris Newburqer in 1941. Newburger, a stockbroker by trade, had nothing better to do one day than read the sports page and was disappointed that the local New York newspapers only paid attention to the major football powers. What about the small schools? He assumed that most of the reporters didn't know much about what they were writing about and proceeded to prove it. He created a non-existent school he called Plainfield Teachers College and promptly started calling in their scores every weekend, and issuing press releases. Without checking, Newburqer's Plainfield Teachers College scores were listed every week. It took seven weeks before AP, UPI, and the sports departments of several major newspapers realized they had been duped. For simple legal reasons and with admiration for Morris Newburger I have reopened Plainfield Teachers College, now located in Plainfield, Arizona. I had no idea when I started my college education that I would get involved in breaking NCAA rules like it turned out. It just came naturally. I knew I would get involved in athletics, as my childhood dream was to work for a pro football or basketball team, and I was just naive enough to enjoy it. At this point I would like to apologize, in advance, for Sounding like a bigot, but players will be identified as black or white, because it was a factor in certain events and situations. It wasn't a factor to me, but I learned right away it meant a lot to a lot of people. The NCAA needs to change some rules. Coaches are forced to win and players cannot legally get paid what they are worth, so the cheating and payoffs exist, secretly. This causes more problems than the intentions of the rules. What I became involved in is only a pinpoint on the tip of the iceberg. The amount of money involved in a major college athletic department demands winning, and to win against the programs with Coaches that break the rules puts the rest of the programs and Coaches in a position to do the same. Pick out any of the top twenty teams and as much as you want to believe that the program is pure and the Coach is a saint, you're wrong. I'm not there, but I have no doubts that I'm right. BACKGROUND I grew up in the thriving metropolis of Bangor, Maine. At the time, I thought I knew all about the real world. I would soon find out how sheltered and dumb I was. My family has a rule that all the children will go to college and become a doctor, lawyer, or engineer. Any other profession is a failure. My goal; however is to get a job with a pro football or basketball team.