The Wisdom of our Soul 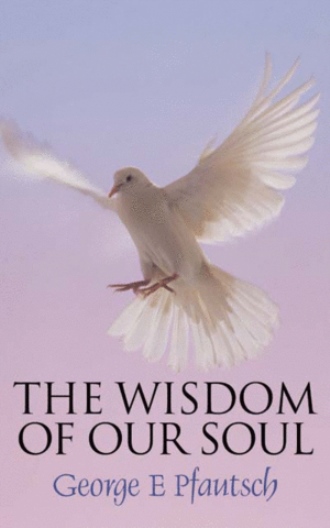 When the temptations of the world in which we live become paramount in our lives, we too often push aside the urgings from the wisdom of the soul. That struggle between the temptations of the world against the urgings of the goodness of the soul determines the choices we make. In the materialistic world we live in today such temptations are greater than ever. Our culture today is complicit in frequently pushing wisdom aside. In that culture God, the source of wisdom, is also pushed aside.----- Even before the coming of Christ, the Jewish religion acknowledged God as the foundation of Wisdom. Chapter 9 of Proverbs states,"The beginning of wisdom is the fear of the Lord, and knowledge of the Holy One is understanding. If you are wise, it is to your own advantage: and if you are arrogant, you alone shall bear it".----- The definition of wisdom provided in the dictionary and noted in the first paragraph of this chapter overlooks or ignores the possibility of life after death. It only considers the human intellectual experiences of people before death as the necessary experiences to better gain wisdom. If there were no life after death that definition would have merit.----- But the possibility of life hereafter is a certain belief of those with faith and there is no earthly proof that denies such a possibility. Because there is that possibility, even for those who deny it, it is a lack of both secular and spiritual wisdom to dismiss the possibility of life after death. Because if the possibility of life after death exists the wise man must consider it and when wisely considered, the root of real faith-based wisdom emerges. If the possilility of life hereafter exists, only the foolish person can ignore that possibility. To ignore the possibility of a potential reality is in and of itself an unwise and foolish viewpoint. The Book of Proverbs provides Scriptural confirmation of that viewpoint.----- Once a human being accepts faith, and listens to the spiritual wisdom of the soul, that person will also begin accepting God as the source of wisdom. 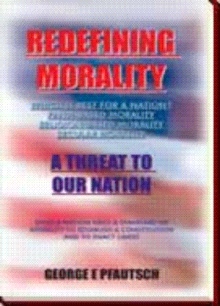 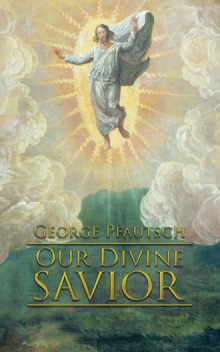 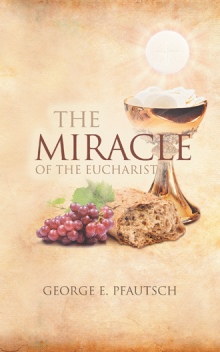 The Miracle of the Eucharist
George E. Pfautsch
£9.95

In the era we live in today, a substantial amount of time is devoted to the development of human intelligence and to the material things around us. We depend on government's secular laws and regulations to help provide our code of proper conduct. Those in elective offices of government enact the laws and regulations which attempt to make available the best standards for citizens. But throughout the history of mankind such standards have often led to wars and other immoral practices. Secular laws and regulations determined by those in power often conflict with other standards within a country and with the standards of other nations. In that environment, we can lose sight of the knowledge that provides humans the best wisdom. Our Creator is the source of spiritual wisdom and that wisdom is the best standard for the governance of humans on earth. The foundation of spiritual wisdom is the love of God above all else and loving our neighbor as our self. From the wisdom of the writers of the old and new Testaments of the Bible, we are told that our soul is the source of wisdom which provides humans with the best moral standards of conduct. Spiritual wisdom is to some degree the antithesis of human intelligence and materialism, and receives far too little attention in the world today. It is spiritual wisdom that provides the ultimate joy and happiness in this life and life hereafter.

George E Pfautsch spent most of his working life as a financial executive with a major forest products and paper company. His final years at Potlatch Corporation were spent as the Senior Vice-President of Finance and Chief Financial Officer. Following his retirement he began writing and speaking about morality and faith. He has authored the following books: Redefining Morality - A Threat to our Nation ----- Times of Greatness - Morality Matters ----- Flawed Justice - When our Unalienable Rights are Ignored ----- The Purpose of Life - Know Him-Love Him-Serve Him