Native Education With A Different Purpose

Our Babies Are Our Future Leaders Teach Them Our Values 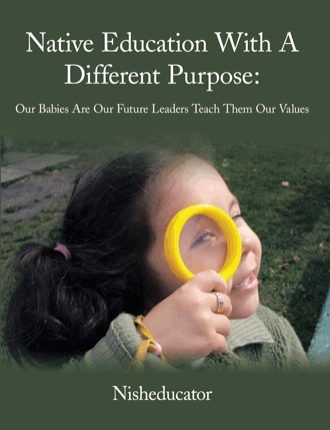 I have had the experience of learning my history and culture only through the good fortune of being able to attend university.  I learned as an adult that Aboriginal people created highly successful, organized societies; had trained doctors of physical medicine; had trained mental and emotional therapists as well as highly trained spiritual advisors.  I learned that the original peoples of North America gave the majority of political, medicinal and natural resource knowledge in North America to the newcomers.  I learned that scalping was not a tradition of the original inhabitants of this country.  It was founded in Greece and the Spaniards brought it to North America using it liberally to wipe away the Native populations that were in their way.  I learned that the brutality of massacres was a military tactic and adopted by the original inhabitants in retaliation after so many incidents of finding their families wiped out by soldiers while they hunted.  I also learned that the whole intent of civilization was to change good little brown men into individualized, fearful white men.

What a relief to find out that I had nothing to be ashamed of; that I could walk tall and not have to answer to any of the brutality based in the stereotypical beliefs perpetrated by greed, being handed to me by every other nationality in my own homeland.  What of all those perfectly capable Native students who do not attend university?  Are they not entitled to learn the same?

Children are the future.  They will in less than a quarter of a century after kindergarten be creating policies that will rule our lives as seniors.   We adults need to pay close attention to our influence on their thinking.  They are pure, gifted with wisdom of the ancestors, and capable of great things the minute they enter this world.  We need to learn from them and add to their knowledge and understanding of their place in this universe.  There are several lists of contributions of the original inhabitants of North America to the world.  A first step in rebuilding Anishnabe identity is to share that list with the Anishnabe children so that they can once again feel proud and know why they should be proud.  They will gain hope and confidence.  They can hear that anything is possible with hard work and positive thinking about the future.  They will understand that they are descendants of a very skilful race of people.

“In this text we hope to show that there have been remarkable contributions, ranging from the treaties, military service, and justice, through to arts, media, literature, education, sports, and culture.  Some of the individuals recognized are: Chief Dan George, Harold Cardinal, Billy Diamond, Norval Morriseau, Jeanette Armstrong, Alwyn Morris, Douglas Cardinal, Olive Dickason, and Tommy Prince to name a few.” 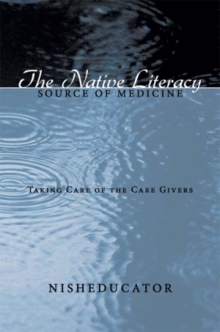 Nisheducator, after 40 years involvement in Native Elementary Education in the Native Community, Native Adult Literacy and Promotion of Prevention v.s. Intervention through Life Cycle Teachings has finally met her goal of providing solutions instead of more literature about what could be done with Native Education With A Different Purpose: Our Babies Are Our Future Leaders, Teach Them Our Values.

Since retiring from teaching she has completed an Hon. B.A. in Native Studies at Trent University, and an M.A. in Sociology and Equity Studies in Education from OISE/UT at which time she realized that more degrees would just stop her from what she considers her life task.

Nisheducator has facilitated workshops for the Ontario Native Literacy Coalition and the Peterborough Native Learning Program. Recently she has made her way into Native organizations that provide temporary housing and training, with her workshops.  For the second time Nisheducator has heard the comment,"I didn't know the teachings the Medicine Wheel represented, only that it is an Indian Symbol." This proves again that what she considers NativeLiteracy:LearningAbout Pre-Contact History and Teachings is in fact a reality.

The keystone of her work is an Aboriginal, wholistic perspective which embraces interconnectedness and a theory of prevention v.s. intervention. Nisheducator has dedicated her career to Aboriginal capacity building and within this context has set her standards high for materials, learners and herself as an educator.