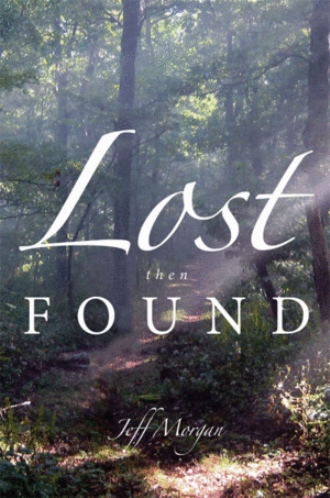 When I woke, the sun was streaming into the shelter. The beams of light were being filtered by the conifers, the spruce and fir, and a heavy fog appeared to be trapped by the forest walls. It created a surreal view. I lay there, not moving, just enjoying the serenity of the moment. I heard someone move, a faint sound, a spoon tapping a tin cup perhaps. I rolled over and looked out to where the fire had been. There, sitting on the log where I had sat the night before, was an old man. With a spoon he was gently stirring his coffee. On his lap was a black leather -bound book, which he seemed to be engrossed in reading.

The old man looked to be seventy. He had white hair, cut very short in a crew cut, and a long beard, which was also white. He was of slight build, thin, but one could tell he was strong. Even with his age, I could see the definition of his muscles in his hands and lower forearms. His face was weathered, wrinkled from years of sun. He had a smile as he read. Without taking his eyes from the book, he would take a small sip from his tin cup and then turn the page. A small fire, remnants from the one I had the night before, was affording some warmth from the cool morning air. The parallel beams of sunlight, beacons from the heavens above, cascaded around the old man, making him appear as an enigma through the curtain of fog.

Kirk Langner, better known as Piece Maker on the Appalachian Trail, planned a nine-day hike on some of the most rugged parts of the trail in North Carolina and Tennessee, but he had not planned for what would eventually change his life forever.

Kirk spends a lot of time walking the woods, much of this done alone, giving him the opportunity to ponder his ineffectual relationships with his wife and daughter and his increasing lack of faith in God.

He eventually meets an assortment of personalities on the trail, resulting in sometimes humorous, sometimes tearful events, and he eventually begins to understand the reason for his seemingly lost relationships with the people he loves the most and why he has begun to lose faith in God.

High in the North Carolina mountains, he befriends an old man who begins to share with him his wisdom about life, relationships, prayer, and faith, enlightening him like never before. The old man explains some of the most difficult concepts of life in some of the simplest ways, and "Piece Maker," who spiritually and emotionally had been lost, is found.

Jeff Morgan, an avid hiker, has hiked mountains all over the world looking for adventure as well as for peace and solace. It's the experiences of these trips that create the stories that he feels obligated to tell.