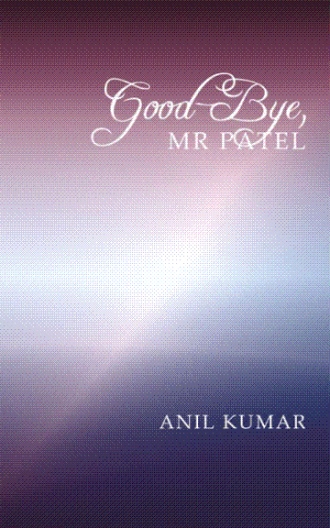 It dawned on me that most of my fears, which gave me a sense of inadequacy, were baseless. I was my own worst enemy and a prisoner of my own warped thinking. In reality I was harbouring a great deal of bitterness about the past events in my life. The baggage from the past was a major hindrance to me. I wish I had known then that the past does not equal the present, nor do any bitter memories of the past propel me forward. What propels me is the energy I create within from inspiring myself. Inspiration comes from knowing that I have a vast amount of potential locked inside me and only I can galvanise myself to act to fulfil my aims. Nature is very kind, loving and forgiving. It has endowed me with creative mental faculties, a basic sense of right and wrong that points me in the right direction, the freedom to make choices independent of outside influences and the awareness that I can examine my own motives honestly. I can only be grateful to Nature for all this that has been bestowed on me. It was only when I began to view life with a sense of gratitude and forgiveness that I started to feel at ease with myself and more self-assured. I spent more and more time thinking about my thoughts and consciousness. At first this came to me as an incredible innovation. When one becomes conscious of one's thoughts a realisation comes then that indeed therefore there is a thinker inside - an entity that remains unidentified as long as one allows one's mind to takeover and rule. My mind becomes hyperactive with a clutter of thoughts which are largely reactions and responses to what I experience daily. I started to go deep within and tried to put aside the effects on my mind of daily occurrences. Thus I began to experience bouts of unexplainable momentary awareness of infinite space within. There were times when I felt that on the inside I was much bigger than I was on the outside. It was the inner world that became my sanctuary during searching moments. This has been the case with me ever since I realised the value of going inside. The inner is a repository of strength and source of inspiration to handle otherwise supposedly insurmountable and painful situations. I discovered that most of the time I was basking in the dull light of my own prejudices and judgements about people whilst being gripped by the fear of failure or falling out of favour with the consensus. Everyday life appeared to be easy if I followed the stereotypical thinking and remained in the communal cocoon. Living in the communal cocoon meant conforming with and meeting the terms of the society, no matter how unreasonable and compelling. It is necessary for a true seeker of freedom to break from the enduring traditions if these traditions are unreasoned and compel obedience. An enlightened person is never enslaved by the unwritten, but rooted, laws that engender herd instinct and hinder expression of the inner-self. Such a person may at first be seen to be marching out of step with the rest of his companions, but the truth is that he is listening and marching to the music of his own drummer. Such human beings epitomise individualism and courage of conviction Rigidly following a tradition gives one an identity with a group and a solid attachment to it, but it separates one from all other groups and the higher spirit force. This is not to say that traditions and customs have no place in my life, or anyone's for that matter. Far from it; they are the vital pillars of any society. There is a great deal to be said for living a disciplined life that enables members of any community, be it social or economic, to interact as a cohesive, self-regulating group. It is a personal choice. Most people choose to conform rigidly because they see security in numbers. They prefer to be lost in numbers as one of a million rather than strive to be one in a million. Gandhi said, "Strength of numbers is the delight of the timid, the valiant in spirit glory in fighting alone”- meaning those individuals who are lacking in strong self-belief, faith and self-motivation are insecure. They are devoid of spirituality and seek comfort from being part of a group. They conform and comply without questioning or reasoning. They are upright in the eyes of the society they live in, and that is what really matters to these individuals; whereas those who are truly gallant and ride on the back of natural principles are truly venturous. They are not driven by ego, but rather by a strong spiritual base that makes them self-driven, optimistic and fearless. They set their own very high standards and are not influenced by the opinions of the masses. They lead, rather than be led. They are prepared to question and challenge, and do not flinch in the face of adversity.They are enlightened. Enlightened individuals are the ones who demonstrate the courage of conviction and follow the lone path to the divine eternity, and ultimately command respect of the fraternity. They do not bask in the dull light of ego that ordinary individuals do. They perceive and experience life in the wider spectrum of the divine light. To them seemingly insurmountable daily life circumstances are miniscule. They have the knack to experience rare insights and glimpses into the future. When Gandhi, in possession of a valid first class ticket, was thrown out of the train in South Africa, it is said that, lying on the platform of the railway station, in an instant he saw the whole of the British Empire crumble. My coming to England gave me the opportunity to break loose from the proverbial shackles put on me by a community steeped in traditions.

A story of self discovery and quest for flawless vision. The author believes the modern day malaise is caused by the increasing spiritual void in us and warped thinking that has put man on the treadmill of unprincipled living and search for elusive happiness. He says 'when we clear our minds of the clutter of useless baggage, worthless information and second-hand knowledge stored to bolster our ego that is allowed to weigh upon us for no discernible reason other than to gain sense of ascendancy over others and to justify our otherwise meaningless existence, then clear spiritual highways to blissful reality open up'.

Experiences of early life of poverty forced the author to look at himself. He realized how scripted he was by the social environment in which he grew up. He craved freedom from the shackles of his social and psychological order. He chose to move away from calling himself a Patel to look at himself objectively. This introspective journey enabled him to break with his past and dismantle the shackles of unquestioned customs and beliefs to pave the way for an open mind to flourish.

This fragmentary autobiography reveals how positive interpretations of his experiences have shaped the transformation of his life and taken him to living a stress-free life.

The book title suggests that there is a Patel lurking inside each one of us who needs to be banished. This is the ego that imprisons us in an illusory world that diverts the mind from venturing into the world within where the real person resides.

The book finishes with the author's barrier-shattering principles such as "no-one owes you a favour", "the real enemy is within",  and more, which have crystallized from the crucible of daily living and paved the way for joyful living on a unique path!

At a very young age Anil Kumar sensed conflict, physical, social and psychological, both inside and around him, and discovered a secret ally which he calls Nature that has always given him the strength to withstand adversity and courage to examine his motives and opened up pathways to solutions to supposedly insurmountable problems of daily living. He strived and has to an extent succeeded in freeing himself from his ego and the shackles of social conditioning, all of which he says was a prerequisite for him to connect to the vast amount of potential locked inside him.

An early experience in life of being a Patel forced the author to look at himself. He could not accept that he was any different from a non-Patel and realized that he was deeply scripted by his social environment. Craving freedom from the shackles of the social and psychological order surrounding him, he chose to move away from calling himself a Patel. This started the process of self discovery and quest for flawless vision, which gave him the strength to break with the past, dismantle the fetters of impractical and unquestioned customs, traditions and beliefs to pave the way for an open mind to flourish and not be doggedly attached to anything.

A family man, an accomplished sportsman, a director of a London brokerage firm and a trustee of a charity, Anil Kumar is a motivational and inspirational speaker who wants to give in return for what life has given him.