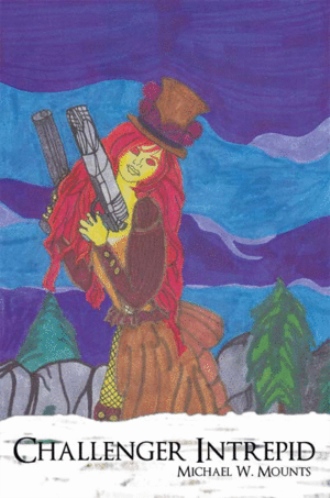 The air itself felt strange, so tense had matters become since the arrival of the Count and his armed band. At the moment of his coming the two young women had seen a large portion of the town's population seem to flee to the home of the presiding Bishop.

"Something bad happen, soon,” said Toria under her breath, so only Joan could hear.

"I know, something doesn't feel right, but we have no idea what these men are planning,” said Joan.

One of the Count's lieutenants dispatched several pageboys on some errand of importance. Then the Count and his men went toward the house of the bishop. Toria and Joan followed, but at some distance. They seemed unnoticeable, covered as they were in sackcloth.

Then came the first shocking moment as the Count and many of his men broke into the Bishop's house. They did so as other men took up positions around a particular long hall of the Bishop's residence. The pageboys returned, each one bearing torches. Armed men took the torches, and assumed positions at each window of the long hall.

Joan could see inside the long hall. It was full of women, and children, and men. Many women were clutching nursing children. The Count and his men began to break into the hall, and it's occupants made sounds of panic. Some went to the windows, and were battered back, torches were being put through broken windows. Joan saw the slaughter begin, bodies were being hacked to pieces, and others suffered burns for attempting escape.

Joan couldn't stand by doing nothing. She threw off her sackcloth, drew her knife, and charged toward the hall. A man with a torch saw her coming, and smashed the torch into her midsection. The blow took Joan off her feet, but she didn't drop her knife. Joan never saw Toria furiously cut the man's throat from behind. Joan could feel the burn on her abdomen, but her mind worked past it. She still was determined to get into the long hall. With a standing leap Joan smashed through a window that had only been partially damaged. She had used her arms to shield her face, but the broken glass bit her skin, causing many deep cuts. Inside the hall was the most horrible chaos. Everywhere poorly armed men were failing to fend off attackers both heavily armed and armored. Women cowered, but were still cut down. The pregnant had their wombs cut to ribbons. A few mothers saved their infants from strange hands by killing their own babies.

Joan began to slash at the nearest of Count Emico's men, until someone shouted: `Witch!'

Joan didn't know why, but the man that had cried out was pointing at her. While Joan had slept her prosthetic eyes had reverted to their solid black standard operational state. Someone threw an oil lamp and it exploded sending ignited oil washing all over Joan's body. Her clothes and the floor all around her were burning. Burning oil was running off her skin, something hit her head causing further burning sensation and knocking her to the floor. Joan's skin was far past blistering, she had begun to suffer second and third degree burns. She was inhaling smoke and soot from the burning oil and wood floor. Joan continued to hear people screaming and thought she saw a flash of light even brighter than the flames all around her.

Outside the long hall Toria was in frenzy, fighting men as they charged her from both sides. The prosthetic arm gave her the strength to cut massive, lethal wounds in anyone that came to close. Toria fought with berserk fury, her enemies blood had sprayed from their wounds all over her body.

Inside the long hall Joan struggled to move, despite the pain, the pain of all the burns she had suffered. She heard footsteps coming toward her, heavy footsteps. Joan brought up her knife to slash at what she thought was an attacker, but her knife found only air. She toppled over, and fell into someone's arms. Joan felt she was being lifted up off her feet.

Professor Challenger knew she couldn't just snatch up the two girls. Whatever their intentions were, she had to let them play out for good or ill.

Professor Challenger knew she had no choice but to take action when she saw Joan d' Arc engulfed in flame. At that moment Challenger made her trans-dimensional insertion complete. She walked toward Joan and stopped with a shudder when a torch was thrown and struck Joan in the head. Challenger continued toward Joan, but stopped short when Joan blindly swung her knife. Joan fell into Challenger's arms and Challenger cradled her there, but just for a moment. Nearby Challenger heard a man roar and she saw as he began to charge, sward raised. Challenger clutched Joan close to her with one arm as she drew and fired her pistol into his chest. The man fell, and Challenger turned and climbed through the window Joan had previously broke through, with Joan in her arms.

Toria had only one thought in her head: `kill whoever comes at her next.' She had lost track of the Girl With No Knife, and had no idea what was happening in the long hall. After she had killed that first man so many others had dared approach her, and she had killed all of them. Then Toria heard a voice, a voice that could have been very familiar, but she wasn't thinking like that. She turned quick and pointed her knife at the speaker.

"Now Toria! Please, we must go! Now!” the Professor called out to her, clutching the badly burned body of Joan d' Arc. It took Toria's mind a good long moment to register what was said, and by whom. When it did, she ran to the Professor who took Toria in her other arm. The Professor then activated a signal that commanded Summerlee to withdraw them from that dimension. 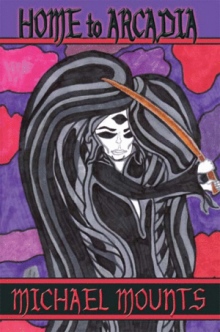 What happens when proper ladies go traipsing through time and space? Grand adventure, and you can join them. Georgia Challenger with her sister Claudette Roxton aren't afraid to go looking for problems and the miscreants who cause them. The sisters explore jungles, space, a river delta, and more, all while sticking close to the mystical plateau that is their home.

In this first volume an Untamed Jungle Beauty, a Living Saint turned Post Personal-Apocalypse Cyber-Cynic, a Big Game Hunter, and a Mad Scientist chase bandits, historical heretics and terrorists wherever they must. Despite good intentions, and lots of intelligence, they may not be ready for the ultimate challenge.

The Author wrote this book himself, yet he is still waiting to be told by legitimate authorities the impossibility of the event. For the benefit of others the author has, in a significant corner of his mind composed the reasoned argument that the volume does not exist at all. All this has been accomplished since the beginning of, well, some truly important event, yet not until you have read this, just now.