The Miracle & Wonders of Treatment from Hot Water 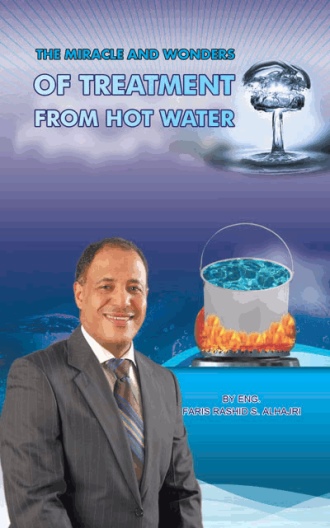 Water is the elixir of our life. There is a miracle in water as it is considered the most powerful medicine in the world. Unlike the human made medicines (both traditional and modern), it does not have any sign of side effects in our body. The various studies and efforts I have personally been exerting for the last three years have proven that by drinking Hot Water, it purifies the toxin, helps melting the fat deposits and destroys harmful bacteria in our body. It is the most important catalyst in losing weight and maintaining perfect body figure. It is a miracle liquid remedy that will keep us in shape physically and mentally. To be healthy, one must drink the required quantity of Hot Water in a day. Health is wealth, so we have to keep a healthy body to have a wealthy lifestyle. Hot Water proves to cure various allergies, infection and diseases including those chronic ones. Moreover, Hot Water removes built up deposits in our nervous system. These deposits are responsible for creating negative thoughts and emotions. By removing these build ups, it will help to purify our thoughts and put us in a better emotional state. Hydrogen is “the fuel of life”. Oxygen burns hydrogen in the living system, releasing the energy that runs our bodies. Hydrogen may play a role in hydrating our cells. Without hydrogen to combine with oxygen we wouldn’t have water. Hydrogen easily travels throughout the body. Water is formed when hydrogen is burned by oxygen. When we burn hydrogen in our cells, the energy that is released is used to run our bodies. Our bodies store hydrogen in “hydrogen-pools” in the organs with the greatest amount stored in the liver which is the body’s chemical factory and our most important organ for protection and self-defense. The liver detoxifies poisons to prevent them from getting into the body. Then the hydrogen is stored into the intestine, then the lungs, then the spleen. Cancer changes the body’s biological terrain in its favor by emitting toxins and using the body to dump its electrons in the urine and the blood becomes oxidized. Cancer cells have no hydrogen in them at all. Get lots of electrons into the body and you’ll help reduce the cancer. As we grow older, our cells become dehydrated and our hydrogen pool becomes depleted. The hydrogen pool protects our cells from free-radical damage. Free- radicals are responsible for the aging process. Hydrogen is the ultimate antioxidant. Therefore, we get Hydrogen by burning Oxygen in the Water, simply saying by heating water. Truly, HOT WATER IS A MIRACLE!!! 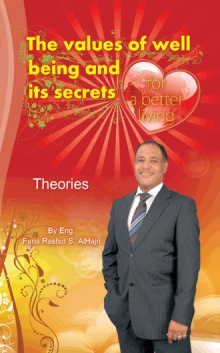 The Values of Well Being & Its Secrets for a Better Living - Theories
Faris Alhajri
£9.99

Dr. Faris AlHajri is an Author, Researcher and a Discoverer of Hydro-Thermal Therapy (Hot Water Therapy). He has recently passed the Doctorate of Philosophy degree in Alternative Medicines- Ph.D.(A.M.), from Indian Board of Alternative Medicine (IBAM). He was granted Health Excellence Award at the 21st International Conference on Alternative & Complementary Medicine, organized by IBAM, on the occasion of 1st UN International Day of Happiness, in Calcutta, India. Dr. Faris, an independent Natural Health & Wellness Professional; is the Discoverer and Founder of Hydro-Thermal Therapies. His Hydro-Thermal Therapy is disintegrated into four categories; The Methods of Drinking Hot Water, The Hydro-Thermal Towel Therapy, The Hydro-Steam Therapy & The Thermal-Air Therapy. He has a potent charisma to help his audience changing their whole Biological and Genetic Structure, revealing their subconscious powers they possess, helping them reshaping their futures towards achieving their ambitions. He authored two books with titles: "The Miracle & Wonders of Treatment from Hot Water" and "The Values of Well Being & Its Secrets for a Better Living". He is preparing to issue his new scientific book on the Hydro-Thermal therapy and Well-Being Theories. He conducted speaks in two International Conferences, in Abudhabi (UAE) & Calcutta (India). He acquired copyrights from USA, UK, Oman and the Philippines. He conducted various seminars and lectures in Universities and Colleges (University of Manila, Philippines; Sultan Qaboos University; Higher College of Technology- Muscat, Oman), Health Organizations (National Association for Cancer Awareness, Oman diabetes Association), Hospital (AlNahda Hospital), Schools, public and private organizations. He was interviewed and featured in various media (Televisions, Radios, Magazines and Newspapers). He participated in various international book fairs; New York, London, Frankfurt, Beijing, Oman, Abudhabi & Doha. His task is to increase awareness in spreading his advocacy to help people discover the miraculous and scientific secrets on the hot water therapy towards achieving a healthy and wellness lifestyle, by means of treatment and prevention of diseases, strengthening the immune system, improving the brain memory including many other benefits. He worked as Technical Expert in the office of Under Secretary of Ministry of Housing with (23) years of experience including various Technical & Administrative posts.