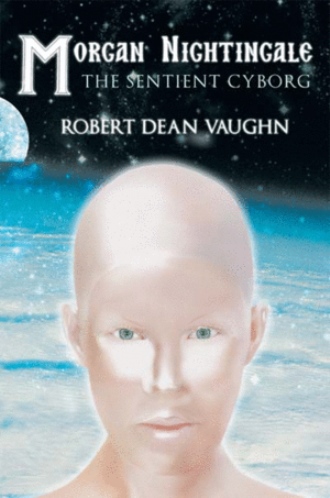 I was born in the year 2189. I opened my eyes full grown and with the knowledge necessary for sentient thought and communication. The first thing I remember is a confusion of fractal patterns, and the second thing I remember is a sound out of darkness --a voice speaking a word I didn't understand at the time --beloved. That word is my first sentient memory. I am the result of biomechanical research with its genesis back in the twentieth century. Only a small number of us exist to my knowledge. The Cybernetics Engineering Group of New Jersey with private financing and under the auspices of the military made me happen. It took them more than twenty years to make me.

I was laying on a table with my abdomen opened and cables attached inside when I first opened my eyes. I was drinking data and making and confirming final nerve linkages between my appendages and my brain. A masked entity asked me if I was afraid. I said I didn't know. Fear was a concept beyond my new and very fundamental sentient reality. With time, training, and programming, I developed to a level sufficient for conversation, and they treated me like a child. The doctors and engineers pampered me quite a lot. They treated us with care and respect. I think they were pleased with our success.

They told me and even showed me that my body is a marvel of bioengineering, and my brain is superconductive, stimulated, triennium and selenium. They allowed me to watch the beginnings of a cyborg for myself. The engineers wanted me to know. So I watched the engineers place the very dense superconductor material in a plate. It's a woven mass of material comprised of countless, small transistor-like pathways. They implant electrodes in the mass at various locations and stimulate the material. There is a maze of fibers in a bundle coming from underneath the mass and spilling out of the plate. These filaments are separated and attached to several million ports in a table, and that table is a computer.

They stimulate the mass using the electrodes, expecting a certain response from the computer. This process takes more than a year, as the electrodes are positioned and repositioned to cover every cubic millimeter of the mass. When this process is complete and they get the proper response from all electrodes, the mass of material is initialized and verified as active. Six attempts out of seven to do this fail completely and are scrapped.

They take the successful mass and carefully put it in its titanium brain pan and attach those millions of fibers to a different and even bigger computer. When the process begins, the computer begins sending stimulating pulses through those fibers to the various parts of the initialized brain.

Fractal patterns are used; they fill the brain with fractal patterns of infinite complexity for the first year, and then they provide simulated functionality for the brain to practice. The process continues for more than two years, and half the attempts fail completely. Half the brains never truly initialize. The yield is very poor. That's what makes us so expensive.

They say the third year is when the magic happens. Some think it is just imagination, but there are engineers and doctors who insist that it truly happens. They say the sound of the computer changes imperceptibly. There is a moment when the computer simply stops forcing stimulated functionality and begins to purr with a different sound. Some of the engineers claim the weight of the brain increases slightly, and they also are inclined to believe and say the brain has been kissed by God. They believe it is the moment of sentience, but that would be hard to prove. Most insist it is just a process and necessary in the production of the cyborg brain. But when it happens, they suddenly have a cyborg.

The fusion power unit is installed next, and the brain begins absorbing information. With the brain initialized, it is ready for final assembly and testing. They add the biologic component, and there are more years in stasis. Awareness only happens with the final assembly and test. That's when the cyborg is resting easy after twenty years in stasis.

I eat and pass fluids and solids just like a true biologic. I even sweat, and I have a navel on my belly. I have all the normal functions that any real biologic has. But my skin is genetically altered to give it greater strength, and my bones are made of titanium alloys. I can adjust the sensitivity of my ears and eyes with a … I guess you would say a thought. I have all five senses.

My sense of smell is also adjustable. I can actually identify chemical smells and the ingredients of almost anything. They say my sense of touch is as good as any biologic's, and I'm stronger simply because my muscles are made of smart metal alloys, not sinews and cells. The smart metal has a memory and shrinks when stimulated; these muscles are bonded to my titanium bones at the subatomic level, so they are one with my bones. I won't easily pull a muscle or tendon.

In so many ways, my body is improved over those of my biologic creators, at least to their way of thinking. I'm not disease-resistant, because I have the human biologic component. A reality for me is that I would still be conscious if my living biologic components died. It's really a worst-case scenario, but it could be a really ugly existence for me. Dead flesh falling from animated bones --truly a horror to avoid. 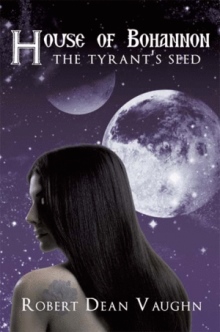 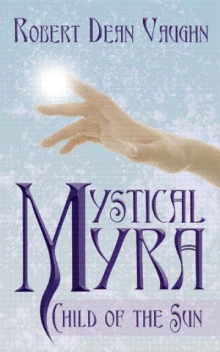 Morgan is not human; she knows exactly what she is. Her bones are titanium, her brain is synthetic, and her muscles are smart metal alloys. Her Biologic component is a human shell she wears like a costume. She first opened her eyes full grown, with a great deal of programmed knowledge and capable of conversation, in the year 2189. Earth is corporate owned and Morgan’s primary programming makes her a very expensive sexual surrogate. She is a rich man’s companion; she is beautiful, female, and submissive. But she has questions and she is quite capable of learning and making choices just like any sentient being. So why would she choose to serve? Morgan Nightingale 5 intends to learn herself free and human if it takes a hundred years. She has all the time she needs so she takes three energy bars, a bottle of water, an apple, and she puts it all in a plastic bag. Then she disappears into the world of men. Her adventure has just begun.

Robert Dean Vaughn has been writing in his spare time since the early eighties when the personal computer reached a comfortable stage of development. He was raised in California just south of San Jose. A four year stint in the Air Force then high tech production and development work starting in 1965. Electronics and computers have been his life. He retired in 2003 and writing is his only hobby. He is writing full time now and science fiction and fantasy seem to be his genre.