Some doorways to the mind should never be opened... 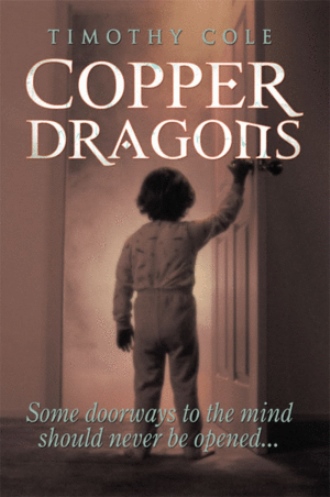 She stepped cautiously into the hallway keeping one hand against the stone wall for guidance.  As she walked, the light that the chamber had allowed her grew faint until she found herself in total darkness.  Her fingertips slid upon moist fungus as they gilded along the length of the stone wall.  She could hear the distinct sound of her own breathing rising over the silence, its tone amplified as it reverberated from the corridor.  The cold stone bit like a slab of dry ice beneath her bare feet as she walked.   A little further along the stone path came to an abrupt end as she sank ankle deep into muddy soil.

Jennifer paused and glanced back toward the opening in the chamber but the aperture was covered by an inky nebulous. Nothing could escape this darkness; not light, not Jennifer.   There was no sense of direction in this void; right, left, up, down - she was hopelessly disoriented.  The mud and the frigid air suggested that she were outdoors, though no moon or stars were in sight.  Perhaps she was trapped in some outdoor maze with walls that had been erected for some ill intent, to trap the wandering innocent; some ghastly gauntlet that would lead the unsuspecting to some horrific fate at its conclusion.  The thought burrowed through her mind, devouring any sense of hope.  She struggled against it, determined to cling to her sanity

She pressed forward down the long, dank hallway pulling her feet free of the mud as each step produced a loud sucking sound.  Her fingers and toes grew numb with the chill.

Jennifer froze her advance as a sudden and inhuman shriek echoed in the confines of the stone retainers.  She squinted through the darkness, attempting to capture any available light.  She saw the corridor ahead as it angled sharply to the left.  The sight elated her.  She could see again.  Light from beyond the bend was casting its flickering glow upon the protruding stones of the wall.  She quickened her pace, struggling against the gripping earth; at length, she reached the wall of light and turned to see what was beyond.  The breach opened up into what could be the way out, or perhaps, the entrance to another chamber.  The light upon the wall writhed and twitched like the luminance from an unseen fire.  This was not the fire from a candle.  It was much larger, burning with a high intensity.

Jennifer stepped through the portal and into an area with no boundaries.  A large bonfire blazed on the ground to her right.  The flames crackled and popped, throwing sparks high into the air - to float until they were extinguished by the moisture in the atmosphere.  Jennifer paused, allowing her eyes to adjust to the intensity of the light.

Following a few steps forward, her gaze fixed upon the young blonde girl standing just beyond the fire.  The teen stood unflinchingly, dead eyes transfixing in an eternal stare.  The area of the gown between her hips was soaked in blood and her feet were coated in a layer of clay.

Jennifer halted her advance, awaiting any movement from the girl.  She was uncertain how to proceed in this eerie expanse that see 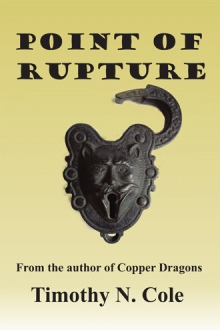 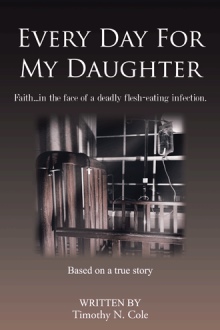 When an unspeakable tragedy destroys Jennifer Bergin’s happy rural life, she finds herself alone in a torrential sea of manic depression. Disoriented and confused in her self-imposed solitude, Jennifer hides from a past that she would sooner forget. Her mind is being flooded by memories and retrocognitive visions; of a blood stained statue; of a woman slowly deteriorating in a mental institution; of a young girl who was robbed of her youth - now trapped and tortured by a demonic creature.

As Jennifer slips further from reality, she faces a fear greater than anything she has ever imagined; an urban legend - in the form of a charismatic gentleman - has unearthed himself to seduce her weakened soul and lay waste to her already ravaged sanity. The ghost of Nicholas Feragamo is manipulating Jennifer’s dreams into nightmares, and using her to commit sinister acts of aggression against herself and the unsuspecting people of the little town of Honey Brook, Pennsylvania.

Some say she suffers from Multiple Personality Disorder, others suggest she is possessed, but one thing is certain – Jennifer’s life is hanging in the balance between reality and an ever encroaching darkness.

Her only chance of survival is her estranged husband, Sean, who must pull her from the icy grasp of a dead man’s passion. To do this, he will have to unravel the mystery behind Jennifer’s past and uncover the legend of a man known as the Incubus.

Timothy N Cole’s writing has been called “inspirational” and has been said to “paint such a vivid picture that makes the reader feel they are a part of the story.” His style has been compared to Sir Arthur Conan Doyle and he counts Edgar Allen Poe, Aldous Huxley and Michael Crichton among his literary heroes. He is a Pennsylvania native, who finds much of his inspiration in the rich history of the keystone state. His lifelong interest in science and psychology, as well as his study of both Eastern and Western philosophy, is also fused into his writing. Timothy attended Penn College of Williamsport for English and literature, and is a contributing writer for Webb Weekly Magazine. After graduation, he started his career as an optician and worked in the surrounding communities for over thirty years including being the proprietor of a Sterling Optical franchised location. His passion for writing poetry and philosophy was redirected when he wrote his first novel Copper Dragons and he has since released a novel based on a true story entitled Every Day for My Daughter.