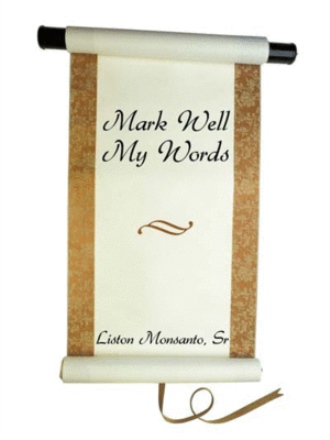 Back to scofflaws and their law-breaking ways.  Perhaps what should be considered a dramatic performance because of its prominence and the fact that it has resurrected an old custom is the altercation between Mr. Louis M. Willis (currently executive director of the Virgin Islands Legislature) and Senator Adlah “Foncie” Donastorg, Jr., which took place on the premises of the capitol building on October 14th, 2009.

At the Virgin Islands Bureau of Internal Revenue where Mr. Willis worked before becoming executive director of the Virgin Islands Legislature, he was given full authority as a hireling without interest or pride in his work.  He was guided by influential wrongdoers who instructed him to use the rule of thumb in arbitrarily carrying out the duties of his office.  For this reason, Mr. Willis became swell headed, excessively proud, and contemptuous toward his fellow men.

As members of the world of scholars and government officials in positions of authority, Governor Alexander A. Farrelly -- a man whose name is enshrined in the building housing the Alexander A. Farrelly Justice Center -- Mr. Anthony P. Olive, and Mr. Edward E. Thomas (two former directors of the Virgin Islands Bureau of Internal Revenue) were given a convenient occasion through the usage of their college degrees to discipline Mr. Willis for overtly displaying his irresistible and abnormal desire for fighting in the workplace.

Starting in May of 1988 and continuing up to November of 1992, when I officially retired from government, Farrelly, Olive, and Thomas were told in writing  -- by me (see “The Extreme Test”) -- about Mr. Willis’ behavior on several occasions.  Needless to say, my letters were ignored.  Their taste for law and order was perverted only because the complaints were coming from Liston Monsanto.  Had these good for nothings inflicted some form of punishment on Mr. Willis after receiving my letters, chances are what happened on October 14th, 2009, surrounding the altercation between Willis and Donastorg would never have taken place.

This book offers a treasure trove of information.  It was inspired by what may be the only totalitarian government under the American flag and designed to act as a benefactor for the disadvantaged people of the Virgin Islands.  There is nothing pretentious about it.  Together with the other books written by Liston B. Monsanto, Sr., it definitively adds another paragraph to his obituary.

Liston B. Monsanto, Sr., is a man of deep faith and integrity.  Like many of the oppressors in the U.S. Virgin Islands, he has children of whom he's very proud.  Due largely to his rigid impartiality he is considered evil by the power elite and a number of ingrates who continue to smart over Opinion Number 81-1434 of the 3rd Circuit Court of Appeals.  Together with his wife, Wilma, he continues to live in St. Thomas, Virgin Islands.