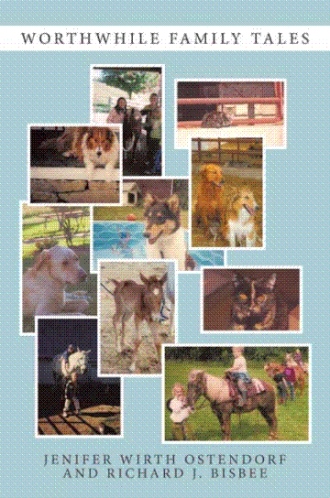 Friday night Miss Brown had a dream.  She believed that from time to time she had prophetic dreams.  This was such a dream.  As usual, “Brother Crow” appeared to her.  This was but part of the continuing journey started at her birth, and confirmed in her teenage vision quest.  An inward journey toward the perception of her innermost self.  “Brother Crow” appeared to her as her Guardian Spirit, as an aspect of The Great Spirit or God.

All three of these “Worthwhile Family Tales” or stories are loosely based on our real life experiences. But recast in the form of “Tall Tales” for our Grand nephews and nieces and a few other children in our lives. All of their names are used as characters in the stories, but are not of course biographical. Most of the real life experiences occurred to us their Grand uncles and aunts and Grandparents many years ago. It is our hope that these stories will endure in our family as a keepsake from our generation to theirs.

Richard J. Bisbee is a retired lawyer now living in .  He is the author of four other books available online.  He is a cat and dog owner.

Jenifer Wirth Ostendorf is a retired nurse also living in rural Platteville.  She is the mother of two grown children, and has raised over the years many cats, dogs and horses.  She and her husband own a farm.

Both authors, brother and sister, are the proud Great or Grand uncle, and Great Aunt, and Jenifer hopes to be a Grandmother someday.