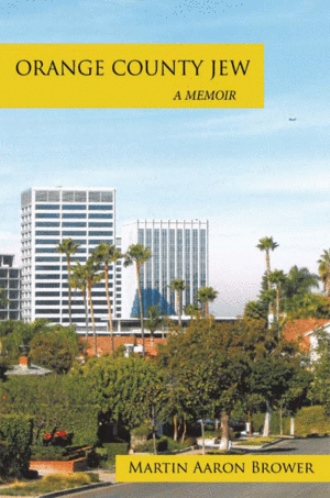 The day was sunny and the drive to the office was beautiful, over two bridges spanning the blue water of Newport Bay with its sailboats and yachts. The first bridge, along the Pacific Coast Highway, spanned Upper Newport Bay and passed a replica of a huge Mississippi River paddle boat-turned restaurant called the Reuben E. Lee.  The second bridge, accessed by an overpass called the Arches, extended over an arm of Newport Harbor and reached from Mariner’s Mile to the Lido Peninsula.

Entering the Harbor Reform Temple office, I found three volunteer women working at desks, introduced myself, and asked to see a list of congregation members with street addresses to determine where the area’s Jews lived.  “Jews in this area live all over,” came the erroneous reply I have heard so often in my exploration of Jewish population centers.  “But if you want to know where our members live, there is a map on the wall with a pin showing each member’s location.”

I walked to the wall, looked at the map, and immediately saw that the pins were in several tight groupings. “Look here,” I said to the ladies.  “It seems to me that the members are not as scattered as you might think.”

Sure enough, there was a group of pins in the Mesa Verde area of the adjacent city of Costa Mesa, and the ladies added that this is where their Rabbi Bernard King lived.  Another group of pins was in the Westcliff/Dover Shores area of Newport Beach on the west side if Upper Newport Bay, typically homes of doctors who wanted to be near Hoag Memorial Hospital.  And a third group of pins was in the University Park neighborhood of the nearby city of Irvine, clustered adjacent to the University of California, Irvine.

Arriving home that evening, I told my wife about my day, about the job offer, and explained that I was going to recommend someone for what looked like a fairly good job.  “Would you be in interested?,” Tamar asked.  “No,” I responded, “we wouldn’t want to move to Orange County.” 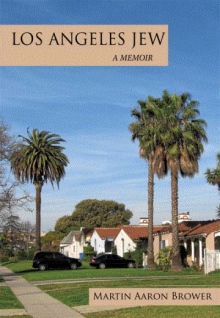 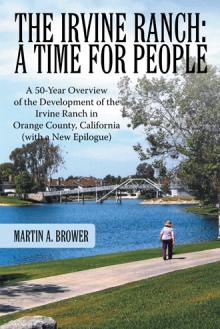 The Irvine Ranch: A Time for People
Martin A. Brower
£9.80

When Martin Brower moved his family from heavily Jewish Los Angeles to barely Jewish Orange County, California, in 1974, his Los Angeles friends were amazed at his bravery and his foolishness.  Orange County was considered anti-Semitic and lacking in culture.

However, during the years following World War II, Orange County was transformed from a small rural community with citrus groves, row crops and cattle -- first into a bedroom community for neighboring Los Angeles County and then into a dynamic urban empire.

As the County’s population and employment base exploded, Orange County’s Jewish population grew from a small enclave of Jewish shopkeepers into a vibrant Jewish community in excess of 100,000. To the surprise of many, Orange County now boasts one of the leading centers of Jewish life in the nation, complete with 30 synagogues, a grand new Jewish Community Center, one of the nation’s largest Jewish day schools and one of its finest homes for the aging.

Martin Aaron Brower is a Los Angeles born-and-raised journalist and public relations professional who moved with his family to Orange County, California in 1974 after joining the County’s largest land development firm, The Irvine Company, as director of public relations in 1973.

In his position with The Irvine Company and later as editor and publisher of Orange County Report, a monthly newsletter he founded; as a newspaper columnist, book and magazine writer about Orange County; and as a public relations consultant for The Koll Company, another major real estate development firm; Brower became closely involved with the emergence of Orange County as a major urban center.

During these nearly four decades, Brower also became integrally involved with the Orange County Jewish community as it grew from a recently rural County once-considered anti-Semitic, into one of the nation’s largest Jewish concentrations with a population in excess of 100,000 and some of the finest Jewish institutions in the nation. He and his family have been honored by several Jewish organizations.

A graduate of UCLA where he was editor-in-chief of the UCLA Daily Bruin, Brower lives in the Orange County city of Newport Beach with his wife Tamar. They have four grown children and three grandchildren.  Three of their four children live in Orange County, and the fourth lives in adjacent Los Angeles County.

Brower continues his writing as a columnist for Orange County’s Coast magazine and as the volunteer managing editor of Pointe of View, the external publication of Heritage Pointe, the Jewish home for the aging in Orange County.