Good Times in the Depression 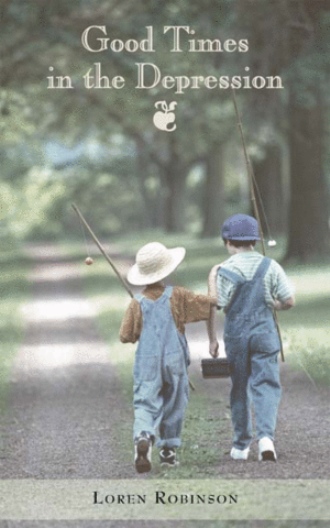 As we were pulling our slides back up the hill for another run, Joe said, “I wonder what cold steel tastes like.” Now, it wasn't uncommon to grab a handful of snow while walking and stuff it in our mouths as long as it wasn't yellow from some passing dog. But nobody had thought about tasting some part of his sled.

That's all it took. Joe picked up his sled and licked the runner. The next thing we heard was “Aagh! Maa ton stuuck.” 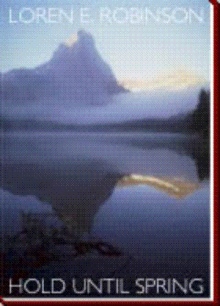 This story is a book of fiction, based on the activities of a group of boys growing up in a small town during the Depression. However, most of the actions are true, based on actual boys who lived this experience. It was a time of innocence and learning the secrets of life in a hard period. But to this group of boys, there were good times.

Loren Robinson has been involved in many activities.  He served as a Naval air gunner in World War II, a logger, forester, land developer, and athletic coach.  From these experiences, he’s been able to draw material for novels.  GOOD TIMES in the DEPRESSION is his second book published by Author House.  HOLD UNTIL SPRING was published by 1st Books in 1997.  He has written 25 novels for audio production by Books in Motion in , covering genres of historical western, sci-fi, and mystery.

Loren resides in with his wife Virginia of over 50 years.  Two sons live in LA, and a daughter in .  To visit them, he sometimes flies, but prefers to drive, observing the scenery and people for his next novel.