My Father in Me 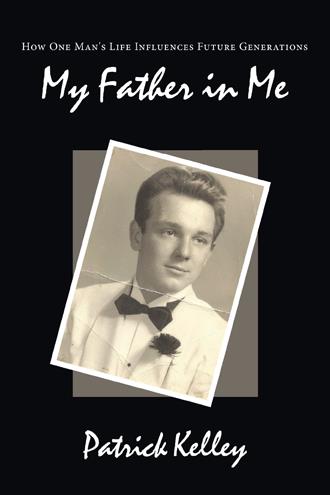 I am so glad my children are not as imaginative and rambunctious as I was as a kid. I don't see how my parents kept their sanity with all the trouble my brothers and I caused. It's a wonder all of us kids are still living and a wonder we all have turned out normal. In the summer of 1967, I almost died, or at least I thought I almost did. Somehow I got this crazy idea from my mother that you didn't want to have the knot in your bellybutton to untie. If you did, you would fly around the room like a balloon, making the hideous noise that all balloons make, and die before you hit the ground. My brother, Tim, believed it, too. I think our mother told us that story to keep us from playing with our navels. It must have annoyed her.

On that fateful summer day, Tim and I were bored and needed something exciting to do. So, we got into my father's dartboard set and decided to make up a new game. Since Tim and I were both pitchers in little league baseball, we attempted to put our accuracy skills to the test. I should have been a little bit cautious since Tim was the only pitcher I knew who had ever thrown a pitch over the backstop. I'm not sure he was wild, but he was just very unpredictable.

The game we made up on the spot was to see how close we could throw the darts at each other's bare feet. It was a simple game for simple minds. All we had to do was stand completely still about twenty feet apart and let the other guy throw darts at your feet. Sounds like fun, doesn't it? Nothing to it! The first few throws were not very close at all. We were just warming up as we missed each other's feet by five or six feet. It was nothing to be scared of and neither of us flinched. On my last throw, I placed the dart within a foot of Tim's big toe. He stood his ground and didn't even attempt to move. I was pretty proud of myself and boasted, “Now try to beat that!” I knew he would.

Tim took aim at my naked toes and tossed the dart in my direction. The trusty missile wasn't headed in the direction of my feet. It was headed for my stomach. I started backing up as soon as I saw the thing coming at me, but it was too late. The dart found its target in the most dreaded place on the human body -- the bellybutton.

Tim and I were horrified to see the dart dangling from my navel and we recognized right away that I was in mortal danger. “Don't pull that out or you will go…” He made that hideous noise like a balloon and waved his left hand in the air in a zigzag motion. “… and die!” Then he immediately turned around and ran toward the front door of the house to tell Mom.

Bursting out in tears, I slowly followed Tim, making sure I didn't loosen the knot in my bellybutton. It hurt, as a dart would, and I could feel it moving inside me as I took each step. When I entered the house, I heard Tim yelling to Mom as she was talking on the phone in the kitchen. “Pat's got a dart in his bellybutton and we can't pull it out or he'll die!”.

She covered the lower part of the phone with the palm of her hand and responded to Tim, “Can't you see I'm on the phone?” She then proceeded to turn her head in the opposite direction and continue her conversation.

Tim shouted the same line at her, but louder, “Pat's got a dart in his bellybutton and we can't pull it out or he'll die!”.

When my mom turned around this time, she saw me standing next to the kitchen. My hand cupped the dart that protruded from my navel. She could see on my face that I was highly distraught and asked, “What is that?”

Tim repeated his line, overpowering my answer to her question. “Pat's got a dart in his bellybutton and we can't pull it out or he'll die!” This time he ended it with the sound effects and all. With a zigzag motion he waved his finger in the air and then clapped his hands together to simulate my deflated body slamming into the ground.

"Don't be silly, just pull it out!” my mom shouted at me with her hand cupped over the phone once again.

"I can't. It's in my bellybutton and I'll go…” Making the balloon noise and gesturing with my loose hand, I continued, “…and die!”.

Tim stood there, waiting for the spectacle to begin. I had never been so scared before, imagining my life would end at that moment. The last good-byes would not be said to all my family. As I slowly slipped the point of the dart from beneath the skin, I could feel my life slipping away from me. It had penetrated about a half inch, but it felt like it had gone clear to the spine. Once it was out, nothing happened. I just stood there, motionless, staring toward my stomach. The knot didn't untie. I didn't fly around the room like a deflating balloon. I was still alive!

"Now get some Kleenex,” my mom firmly spoke. She was a bit upset. It may have been because we disturbed her phone conversation. I don't know who she was talking to, but she quickly hung up with these words, “I've got to go right now. I need to spank a couple of boys!” My father's dartboard set was something we were told never to play with. Now I know why.

"My father in Me" is a compilation of stories experienced by Andy Kelley, former Underwater Demolition Team member (Navy Seal), and his son, Patrick Kelley. This book illustrates how the life of one person can positively influence multiple generations through example, word and intent. In turn, it helps us understand that we too, alter the lives of others as we interact in both positive and negative ways. "My Father in Me" also demonstrates how the "Kelley Mystique," a dangerous genetic trait, intrinsically motivates an individual to do some of the craziest things. This collection of life experiences, both humorous and heart-breaking, are wonderfully woven into a beautiful fabric called life. Each chapter, accentuated with a family picture, takes us step by step closer to our Heavenly Father through a deeper relationship with His Son, Jesus Christ. The book asks probing questions and addresses awkward life situations that are frequently avoided. Ultimately, "My Father in Me" uncovers the purpose of life and the importance of love and family.

Patrick Kelley has been entertaining audiences with his stories for years. Sometimes humorous, sometimes thought provoking, this master story-teller takes life's adventures and illustrates lessons learned. Prompted by his three children to document the mischievous deeds, Pat loves sharing the memories which evoke laughter and sometimes a tear. He is a practicing dentist in North Carolina where he lives with his wife and children. His passion is to help people understand how much our Heavenly Father loves us and to nurture a deeper relationship with Him.