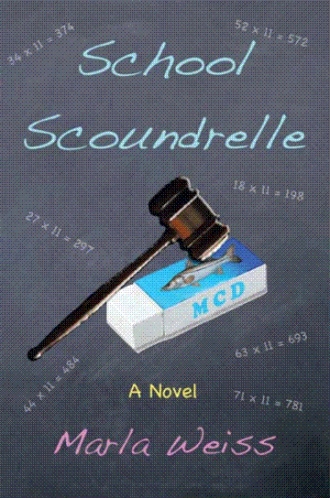 Why had I fallen for Charles Long’s charm yet again? Why had I forgotten his disheartening duplicity? Why had I repositioned myself in this wrestle between loving my students who desired to learn and hating the professionals who opted to stagnate? For what rational reason had I agreed to return to in to teach for him, board-named Headmaster and self-declared Headmonster?

I went—ran—to Charles’s office immediately upon hearing the news from Kate Lynn Frantonio, my closest colleague at the school and fellow math teacher. The door was open. Charles was sitting behind his messy desk.

“I deserve a straight response—no double talk,” I said, sharp-shooting my eyes at him.

“Answer me! Then I’ll sit down and tell you how I feel.”

Moving aside, I shut Charles’s door with one swift kick, sank into a chair across from his desk, and buried my face in my hands.

“Now you’ve sat down, and I can guess how you feel,” he commented with unbefitting humor.

“How could you make that creature Assistant Headmaster?” I trembled as I asked Charles this implausible question.

“You know the Board members regularly say that I need more help.”

“So, he was the only bird in the cage,” Charles replied feebly.

“What? He was the only bird in the cage? When did you begin speaking in clichés like Kate Lynn?”

“No, I don’t. You could have done a national search, as you love to brag. Why appoint Heinz with lightning speed? He is not help. You will require extra help to cover his daily damage.”

“Are you implying that he is the School Scoundrelle?”

“Now is not the occasion for your faux French fetish. And don’t forget that you coined that insulting title,” I remarked. “I’m innocent this time.”

“But you’ve often told me that Heinz is a villain.”

“He may be unprincipled, but I didn’t confer on him one of your disparaging code names.”

“Give him a chance,” Charles responded weakly.

“Give him a chance? One chance? Are you kidding? I’ve given him seven dozen chances in seven months. Something does not add up. Something else is going on.”

“I could accept reality if I knew the truth, but you won’t tell me. I know one thing for sure. My life will be a long, grisly nightmare next year—far worse than it has been already—if I stay at this spook house you call a school.”

“Don’t talk about resigning again. You have the addendum to your contract that protects you. And the teachers are excited about carrying your consulting project into its second stage. You will have a wonderfelle year,” Charles predicted.

“One—I had a contract addendum this year, and Herr Keller didn’t recognize a sentence of it. And, two—we’ve eliminated the teachers below third grade—remember?”

“You started it with your silly, nonstop jokes about his German military family portrait.”

“The two of you can peacefully coexist at this school.”

School Scoundrelle is the sequel to School Scandalle. Molly Kelman, math teacher extraordinaire, returns to Merritt Country Day School in Palm Beach, Florida at the behest of its astute but equally eccentric Headmaster, Charles Long. Deciding that she belongs in the classroom, Molly forgives Charles for his previous academic betrayal. Professional jealousy from the Math Department Chair, math phobia from the Lower School Dean, and academic amateurism from the Middle School Dean all contribute to a problematic experience for Molly. Yet, when Charles promotes one of the threesome to Assistant Headmaster, bearable machinations transform into intolerable persecutions. Molly survives through personal strength rather than Charles’s support.