Pies Were for Thursdays 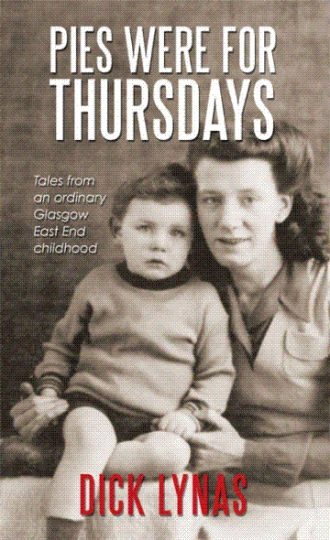 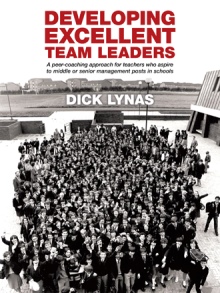 ‘One of my earliest memories is of the first time I tried to burn our house down. My mother had refused to give me something I wanted so I went out into the back court – or drying green - raided the dustbins and then piled up bits of paper and cardboard underneath the kitchen window of our ground floor tenement flat. Then I set the lot alight with matches that I had borrowed for the purpose. Unfortunately the blaze quickly died down and my mother was not burned to death as I had intended’.

Dick Lynas looks back at his post-war childhood in the east end of Glasgow where, despite his self-confessed determination to be a spoiled brat, the strength of family values, together with the weight of his father’s hand fresh from dealing with Adolf Hitler, ultimately made a man of him – more or less.

‘It is certainly more entertaining than listening to you going on about leadership and management’... Angela Hester, Strathaven

‘I laughed out loud at times’... Moira McClay, Inverary

‘Even people who do not know you liked it’... Mary-Rose Martin, Saltcoats

‘What are you doing with your royalties?’...Tom Bradshaw, Bellshill

‘Thanks for the wonderful memories’... Kathleen McAleer,

‘I now understand so much that I did not before’... Neil Lynas, Glasgow

‘Little Lord Fauntleroy has nothing on you when it comes to being looked after’... Frances Burns, Glasgow

‘I just hope I do not have to proof read any sequel’... Phil Lynas, Glasgow

Born and bred in the east end of Glasgow, Scotland where he spent the first twenty five years of his life, Dick Lynas has lived for the last forty years in the leafy suburbs of Cathcart in the south side of the city, having been a secondary school head teacher and then a consultant in educational leadership.

Father of three, and ‘papa’ of five (including the recent arrival of twins) he continues to run his leadership consultancy for aspiring school leaders on a part-time basis – in between planning continental holidays. Other than that, he generally swans around in his own self-indulgent way, taking full advantage of the kindness of heart of his long-suffering wife, Phil.

In Pies Were for Thursdays, Dick takes a light hearted look at the people, the events and the values that shaped him in the  post-war years of 1945 – 1961 and contrasts them, in a more serious mood, with the values of the 21st century almost fifty years later and their impact on family life.