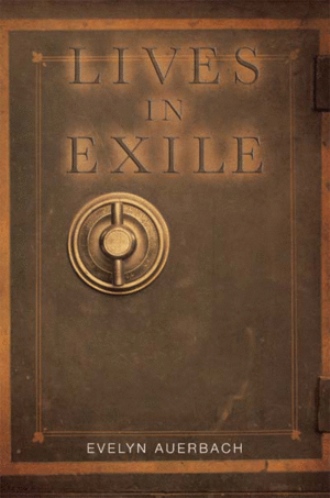 When the conductor called out, “Helena . . . next stop . . . all for ,” Jack sprang from his seat and yanked his suitcases from the racks. He wrested open the door at the end of the car, stepped into the vestibule, and stood behind the conductor who was leaning out the opened upper half of the outside door. The smell of burnt coal mixed with fresh pine swept over him. Every other time the train stopped Jack had been sitting, so he hadn’t realized the full force of a train braking to a halt. This time, the sudden jolt almost knocked him over, so he positioned his bags between his legs. Another jerk threw him against the wall. With his right hand he grabbed a metal bar to steady himself. When one of the suitcases started to slide across on the metal floor, he stretched out his leg and pulled it back, then squeezed the bags with his calves. Even though he’d been able to keep his balance, he felt his hat flying off his head. With his free hand, he flattened the top of his cap. After all these days, he thought he had learned how to “ride the rails.” The conductor said, “Brace yourself.” Jack barely had time to react before the train slowed suddenly, screeching to a halt.

The conductor jumped off and reached back into the train for the wooden stairs. Jack stepped down onto the platform and marched toward the street.

He traversed the small station which was nothing like the cavernous or stations in either size or crowds. Here a dozen or so people moved through the aisles between the half-dozen wooden benches. The ceiling was low, and the single rectangular room dimly lit. Outside the station, he set his bags on the wooden sidewalk and put his hands on his hips. Most of the surroundings looked like home—cobblestone streets, trolley cars, and stores with names painted on the windows. The only brick building was the station; everything else was wood.

But it did smell different out west. Cleaner, drier, more crisp—like the narrator always said in the serials he read in the newspaper. And, like the descriptions in the paper, the towering peaks rose behind everything like large teeth on one of his father’s bone saws. They reached into the heavens looking more like a picture than anything real. Even in June the summits had patches of gleaming snow that reflected the sunlight and turned the sky into the clearest pale blue. From the train window, he’d watched the mountains grow from little bumps in the distance to huge rock and pine-covered behemoths. But he couldn’t appreciate the enormity of them until he stood on the motionless earth at their feet.

He tried to imprint his first view of so he’d be able to recall it whenever he wanted. He thought he might burst or maybe dance a kzatske.

As he picked up his bags, he recited Aunt Golda’s directions one more time. “ and walk up the street which dead ends right in front of you. That is . Walk uphill to the third intersection which will be . Barr’s Dry Goods is on the corner.”

The right side of looked more intriguing, so he crossed over. The sign on the corner building said “Station Street Saloon.” Swinging doors filled the entrance. Jack stood on his toes and peeked in. He was surprised to see a sawdust-covered floor. He couldn’t conceive of its purpose in a saloon. Inside, a man was singing “In the Shade of the Old Apple Tree” in a splendid tenor voice. The scent of beer and cigarette smoke floated through the door. He’d read about Carrie Nation smashing up bars back East, but in , Budweiser was still king. He strode uphill, passing a wooden Indian standing guard outside Levy’s Cigar Store. A pharmacy across the street had familiar globes hanging in the window filled with blue and red liquids. The young women he passed averted their eyes, but all the men and older women nodded or smiled. Men wore cowboy hats and boots with high heels like those he’d seen in pictures. He wondered how much the boots cost. He’d like to get a pair. He pictured himself in one of those big hats with the wide brim.

He stopped to look in the window of a millinery store, at the hats decorated with artificial fruit and bird feathers. One reminded him of his mother’s favorite that she wore to shul on the High Holidays. His mother, what was she doing right now? Making supper, he figured. A saleslady swished a feather duster across the shelves and then covered all the hats with a sheet. Jack realized it must be close to closing time.

As he approached the third intersection, , he spotted Barr’s Dry Goods. It would’ve been hard to miss with the big black letters across the picture window. On display were bolts of fabric and pairs of boots stacked on shoe boxes.

His mother had been going to send a telegram saying he was on his way so he hoped he was expected. He straightened his tie, brushed his hair back, and walked in. Behind the counter stood a woman who could have been his mother.

In 1966, Randall Marks, a resident, is murdered in , where he has gone to settle his father’s estate. Yetta Marks, his tough-minded aunt, goes to to get Randall’s will from his office safe. The will is missing. The Canadian family of Randall’s mother claims the estate. Sixty-four year-old Yetta must defend her  family’s inheritance. To help her lawyer, Yetta tells him the story of her brother Jack, the family’s black sheep, whose search for meaning begins in the Jewish community of at the turn of the century. After relating Jack’s saga, Yetta realizes that she, too, has been living her life in exile and must decide whether to continue or take the chance on a new relationship. Lives in Exile is a novel based loosely on a true story which inspired the author to imagine and re-create one family’s history.

Born and raised in , , EVELYN AUERBACH lives with her husband in . She has two grown children and one grandchild. In addition to writing, her interests include international travel, forensic bookkeeping, and the revival of her grandmother’s recipes.