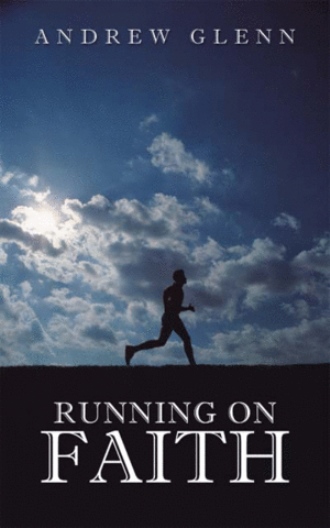 Isn’t it funny how we all look at what ‘used to be’ rather than what ‘could be’?  I can recall growing up always living in the moment and never taking a second to invest in my future.  Growing up in a divorced home had its ups and downs but one lesson I wish someone would have taught me was how I treat my body today has dramatic consequences in the future.  I admit I was selfish and confused for many years.  I did not know God intimately or why we even went to church.  I always believed in God however why we would have to take time every Sunday morning to show that we really ‘did’ was beyond me.  But where I was selfish and confused did not lie in going or not going to church on Sunday mornings.  It was much larger than that.  Literally larger meaning me being grossly overweight and being comfortable with that thought process.  That was until I met my future wife.

My wife Jessica was brought up in what I like to call the ‘neutral zone’.  Neither one of her parents discouraged a God lead life nor did they encourage it.  In their defense, they wanted to let their girls make their own decisions regardless of their personal thoughts.  Jessica’s sister became a devout Christian after attending college at in and soon after, shared her story with Jessica and how God had changed her life.  I can remember it was shortly after Easter when Jessica’s sister gave her the gift of God.  And in turn, Jessica came home and told me she wanted to get to know God on a different level, and so did I.

Being so overweight, I was obviously a selfish person, eating what and how much I want anytime I could.  Selfish in that this body was my own and I could do whatever I wanted to do with this body.   Well, if God created the human race, does that not mean he owns my body as well?  And everything I am doing to my body is either harmful or helping the body of God?  Christians are taught to honor thy God as part of the body of Christ.   Leading an unhealthy life, in my opinion, did not fit what we are taught as God intended.

I was still very confused throughout that first year as Jessica and I attended church service, pretty regularly even though it cut into my Sunday football routine.  We had met a lot of nice people and I was learning new things.  With our new found relationship, we became engaged and after a year or so became married.  It was not until we became engaged that I realized I had someone who loved me for who I am and I felt I owed her a healthy husband in the future.  That is when my life changed for the better.

I quit smoking two packs a day and I lost a total of 40lbs. in the first few months without lifting a finger.  Counting calories was my first goal of which I cut my caloric intake into half of what I was used to eating.  ‘Hunger pains’ do not even being to describe how I felt at times.  That was the first time I ever really felt hungry and it made me realize what poorer nations and people feel like all the time.  And here I was indulging and grabbing anything in site.  Anyway, after the first 40lbs we began walking on treadmills once a day.  That first step on the treadmill was the start of my addiction.  I then went on to running my first race, the Cleveland Rite Aid 10K and eventually my first marathon, the Cleveland Rite Aid 26.2.  I can recall my wife saying she is happy that I am addicted to running rather than some of the other unhealthy options.

Andrew brings a raw look into how life used to be before losing weight and after.  He touches on how faith has brought him to continue believing in himself and encouraging those around him to lead healthy and faithful lives.  This book is a great start for those looking to make a healthy change with faith being the core component.  With the drive to want to make a change, Andrew is a proven example at just how easy leading a healthy life can be.  With simple examples about how to start exercising to learning more about what you put into your body, Andrew lays out a perfect 'new beginning' to help jump start your next change in life.

Through many changes personally and professionally, Andrew brings many years of experience to the pages of "Running On Faith." After giving up many bad habits, Andrew has been running now for fifteen years and has completed several marathons and numerous other races across the country.  Driven with a will and determination to become a healthy husband and father, Andrew has proven that anyone can make a change and lead a healthier life.  Andrew has taken a real life example at how we all can be better people through faith in God.  Andrew currently lives in the area and trains for two races annually.