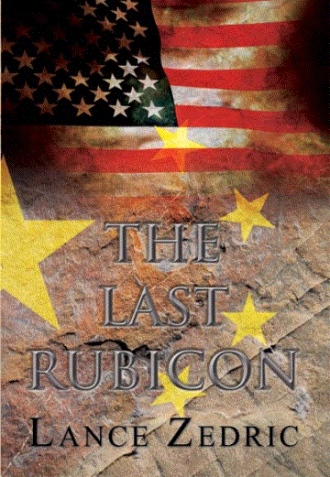 It was the year of the Dragon.  The one year out of every twelve that the mythical creator of awakes and brings new hope for the future.  It was a time to transfuse the old with the new; the weak with the strong; and the dead with the living.  Even the morning sun, which hung low on the horizon like a huge tiger’s eye, hinted at better times ahead.  For those who looked for them, the signs were there.  But the two divisions of battle tanks were the surest signs of all.

General Wong Shi, Commander of the notorious 27th People's Army, stormed into Premier Li Zhong's office flanked by two guards with Type 85 silenced sub-machine guns.  From the look on their faces it was not a social visit.  Wong approached aggressively but stopped abruptly at Li’s desk causing the several rows of full medals on his uniform to clink.  He removed his cap and began to read from a single sheet of paper.  “Li Zhong, the People find you guilty of high crimes against the state.  You are hereby sentenced to death.  How do you respond?”

Li's jaw tightened and his faced burned with anger.  Had the people behind the coup wanted him out they simply would have come for him in the night—there would be no alternative.  It was apparent that they still needed him in power—or that they needed the appearance that he was still in power.  Either way, it would buy him time. Li calmed himself.  “Go on,” he said tersely.

“Excellent!” said Wong.  “The alternative is that you continue to execute the duties of Premier until a suitable replacement is named by the People.  Until that time, all de facto decisions will be made by Vice Premier Jiang, myself, and certain members of the Central Committee.  Upon completion of this condition, your life will be spared.  Any disclosure of this arrangement or neglect of your duties will result in your immediate execution and that of your entire family.  Do you understand?”

Li gave him a cold look.  “I understand,” he said bluntly.  “Then I am your puppet?”

Wong smiled and placed the paper on Li’s desk.  “Sign it.”

Li ignored it and took a sip of tea.  “My old friend,” he began woefully.  “What has happened to you?  Must you stand behind tanks all your life?  (end of preview)

In ancient Rome Julius Caesar defiantly crossed the signaling his intent to overthrow Pompey and become leader of the . This symbolic act led to world domination. Two thousand years later an international cabal crosses The Last Rubicon and takes its own irrevocable steps toward absolute power. In a chilling scenario, the flawed but brilliant Michael Quinn, head of the Special Intelligence Directorate, races against time to stop the simultaneous assassination of the President of the United States and the Premier of China—an act which will destroy two governments and leave its people teetering on the brink of chaos. At the heart of the conspiracy is Zack Carver, the president’s closest advisor and best friend—a man whose betrayal runs so deep that he will stop at nothing to obtain the office—and the woman—he covets.

Lance Zedric is a former U.S. Army intelligence analyst and renowned non-fiction author who brings an edgy, earthy style to his first novel. Zedric has a strong interest in World War II and U.S. Army Special Operations Forces, and has worked as an advisor and historian on several television documentaries and major feature films. When not writing, Zedric teaches troubled high school youth in central Illinois where he resides with his wife and daughter. His other works may be viewed at www.LanceZedric.com or at www.alamoscouts.org.