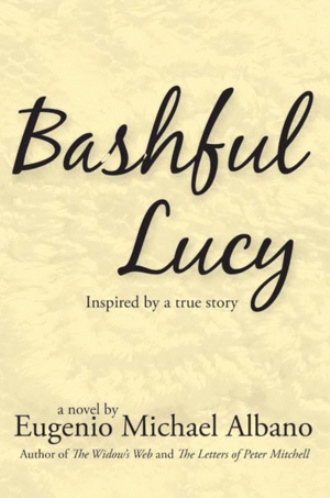 This third novel…a biographical novel…provides more intimate detail as to the protagonist and her lover than either of the author's previous novels.  There is a great deal more to his story, however, than a love affair following an ‘arranged marriage.’  It chronicles the remarkable life of a woman who lived the life of “women’s lib” before the term was known in American society and who, in the process of raising seven children, created a fortune that began with a used furniture store from an investment of seven dollars.

The author became privy to secrets that his mother had not even previously revealed to his five older sisters; there was an inspection of the sheets early the next morning following the wedding; the brothers did enjoy pinching and squeezing of young women’s breasts and fannies that is often associated with Italian men; and…Lucy's sister-in-law had concealed a revolver in her child's baby carriage in an attempt to teach her husband a lesson!

“Bashful Lucy” is inspired by the true life story of Lucy Albano and told by a son who was privy to many of the secrets that had not even been revealed to his five older sisters. The story tells of a love affair that grew out of an 'arranged marriage.'  It chronicles the incredible life of a woman who raised seven children and went on to become an entrepreneur that had bankers standing tall in her presence long before "women's lib" was even a known expression in American society.

The author has chosen to use names for his characters that gives more ethnicity to the families and his story. Lucy's mother was an "Aiello" before marriage, however.  But the Santosi name is a product of his imagination; it’s called “literary license!”