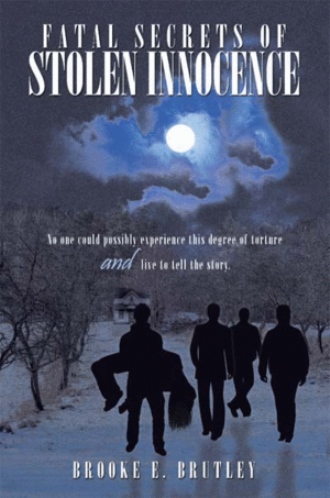 Holding my skirt down with one hand, I pushed his hand away with the other pleading with him to stop. He said aggressively no as his hands went up my leg inside my underwear. Using both my hands trying to push him away, the guy sitting on my left grabbed my hair and said, “We have a surprise for you princess”. My heart skipped several beats. I started crying begging them to stop. I tried holding my legs shut as I screamed continuing to fight them off. But I was unsuccessful as they were too strong one guy had his hands on my legs holding them open. While the other guy sitting next to me grabbed my arms and started ripping my shirt open. I screamed louder and louder and the guy in the front seat leaned over and said, “This will shut this whore up”. Then he took some tape and put it over my mouth. I remember thinking everything was happening so fast. I blink several times thinking this can’t be real it has to be a bad dream. I tried biting him but he punched me and forced the tape on my mouth. As I continued to fight with the guys sitting next to me after I was able to free my hands. One of the guys grabbed my hands while the other one ripped off my underwear. I continued crying pleading with them to stop. I told them I’ll give them whatever I have; I just don’t want to do this. The guy to my right whispered in my ear, “You know you want this”

While the guy to my left said, “You’re going to love this”. “The ladies call me anaconda”. The guy in the front seat said, “Hey stay focus, just remember what we discussed I made this happen tonight. “So I’m first just get her ready”. Following his responds one of the guys put his hand behind me to take my bra off. While the other held my arms tightly in front of him. At this time I was terrified because I knew what was going to happen. But I could not move nor think of a way out. I didn’t know what to do; I just kept crying and mumbling under my taped mouth. I didn’t know what was happening to me and why. I didn’t know if they were going to kill me or what.  I was surrounded by three thugs in a truck and they apparently knew each other very well. And I knew they were going to assault me and possibly kill me after they were done. I begged them to let me go under my taped mouth as tears rolled down my cheeks. But I was ignored. Once they pulled off all my clothing. One of the guys reached in the back to get what looked like rope from the trunk. Then he grabbed my hands and tied them up with this rope. The guy in the front seat turned around with a gun in his hand. And warned me if I screamed he would shot me. Then he asked me if I understood what he was saying, I nodded to agree and he ripped the tape off my month. I quietly pleaded with him to let me go. I told him I would not tell anyone. He placed his hands under my hair behind my neck and kissed me as he said no not yet. ‘Me and my friends wanted to have some fun with a pretty girl tonight”.
Then he placed the tape back over my mouth. And I started crying uncontrollably. He wiped my face and started touched my breast reaching over the seat to kiss me again, while the other guys in the back tried to let down the seat where we were sitting. He turned around and shortly after I heard a zipper. I knew this was not a good sign. So I reached over to the door using my mouth to giggle the knob and managed to open the door and jump out. I made an attempt to run since they were all occupied. But I didn’t get very far. Before the guy in the front seat jumped over the seat darted out the car and ran out behind me. He grabbed me by the hair and dragged me back into the cab and plopped me on his lap. Then he told me. “If I ever tried anything like that again he would kill me”.

Fatal Secrets of Stolen Innocence is a story depicting true life events. Franticly grasping for help and reaching out for mercy. An innocent teenager became victim to four vicious thugs rage and lust one cold night in December. This book transcends the demanding and challenging minds of parents into an unforgettable exploration surrounding a young and vibrant female teenager. Who was lead into the arms of sadistic predators. Who violently stole her innocence and nearly took her life in the process.  This book captures the audience attention and raises awareness about the dangers that lurk in our own backyard as these events could happen to your love one at any given time.

Brooke Elise Brutley was born in on January 26, 1981 the oldest of three children. She began writing at 14 and began exploring her creative mind in a few poetic pieces she kept in her journal. In 2001 following graduation from high school she enrolled at in to pursue a degree in health care. But business beckoned and she briefly left college to begin working full time. As a single mother, she raised three children now independently and creatively. For several years Brutley worked as an accountant for the Department of State before relocating to to pursue a Bachelors Degree in Accounting. Following the completion of her degree Brutley will begin working on her master’s degree in Accounting and seek employment in that area of concentration. Presently, she works on a biography book about the love she lost and is preparing to publish her poetry book.