Point of Aim Point of Impact 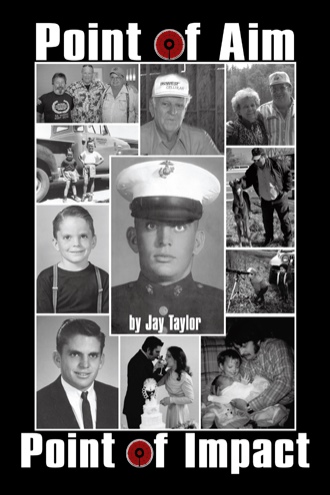 I put the crosshairs on his head and then raised them a foot and a half above his head and squeezed the trigger. I was trying for a body shot. I was not prepared for what happened next, I had thought I was but I wasn’t. I was in a good prone shooting position so the recoil of the rifle did not knock me off of the sight picture. My shot was high and I watched as the bullet struck his head. At that distance with a 9 power scope I could see the impact as the bullet struck his head and he dropped instantly. It was like it was in slow motion and yet it happened in the blink of an eye. That picture is as clear in my mind today as it was 40 years ago. Webb said “You nailed that bastard” The weight of what I had just done hit me like a ton of bricks. It was a tremendous letdown; I didn’t feel the joy I thought I would. I didn’t feel the pride I thought I would, realizing I had just killed my first man. At the same time I felt very little remorse about what I just done. However I did realize that I had just broken the worst taboo possible. “Thou shall not kill” how would I be able to justify what I had just done when my time came? I had just killed a man who was just standing there waiting on the man in front of him to move. I knew now that I could never go back; I could never bring the man I had just killed back to life. I had not yet managed to completely de-humanize these people, and for that reason alone I had mixed feelings about what I had just done.

Point of Aim, Point of Impact, is one man's recollection of his Vietnam experience.  That young man was a Marine Corps Scout Sniper and the book addresses many issues of the Scout Snipers and Vietnam Veterans both during the war and present day. It is not a book that glorifies war or weaves a Hollywood script around lies and half truths. In telling the story of one young Marine Sniper it attempts to deal with the real issues which evolved from the traumatic experiences of killing people and watching friends being maimed and killed. Point of Aim, Point of Impact is a must read for all Veterans from WWII to today's returning warriors as well as their family and friends.

Jay Taylor was born and raised in Albuquerque New Mexico. As a young boy he enjoyed hunting and fishing and he was active in high school sports, lettering in football, track and wrestling. Jay joined the Marine Corps on his 18th birthday in 1967. He served a tour in Vietnam as a Marine Corps Scout Sniper where he was awarded the Bronze Star and Navy Commendation Medals. After returning home Jay struggled with the memories of his actions while in Vietnam. In 1972 Jay moved to Alaska where he eventually met and married his wife Paulette. They had two boys, Lee and Bobby. Jay has worked for the same construction company for the last thirty years. In 1987 Jay and his family left Alaska and relocated to Portland Oregon. For the next six years Jay worked in Washington, Oregon, and California before relocating back to New Mexico in 1993. Jay still works for Hoffman Construction Company as a Project Superintendent and Paulette manages their thoroughbred racehorse farm. Jay is a four term past president of the New Mexico Houndsman Association and he is currently on the Board of Directors for the New Mexico Horsebreeders Association. He is a proud member of the NRA and enjoys target shooting with his son Lee and granddaughter Tamra.