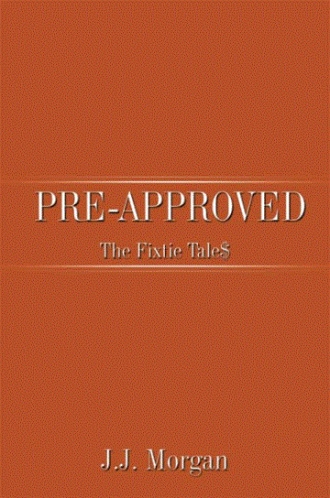 Okay.  I’m a little bit worn.  I mean I’m close to sixty seven years old, my hair is blonde because I actually have forgotten what my natural color is.  I’m no longer a size ten as I crept my way into middle age.  There are a tad bit of lines on my face ( I like to think in terms of tad, rather than some other words I could use, sort of softens it, don’t you think? ) I’ve been living alone for the almost twenty years unless you count a darling little dog, Nicky, two cats named Rascal and Nuisance, a beautiful bay mare, Prime Time and a cute shaggy little pony named Snuggles. I guess that sort of redefines living alone. I’ve had my share of ups and downs like most people in pretty much all aspects of my life.   The truly jarring one issue that seems to have dominated my life and created an abundance of disastrous experiences has been money.  The lack of it and when I did have it, I didn’t know what to do with it.  No blonde jokes here please, I think I’ve heard pretty much most of them!  Heck, I’ve even lived a few of them.

I started writing this book over a year ago.  The whole idea of someone like me, with my background, even thinking about writing a book about money, well it was just kind of crazy. And, who in the heck would think that a book about money could ever be the least bit interesting.  While I was convinced before I ever started that I wasn’t alone in being in the situations I have found  myself in time and time again,  it still wasn’t easy.  I firmly believe that there are so many people, women, especially us “Fixties” (I’ll explain that later) who have been overwhelmed by things as I was, and I felt a compelling need to share my experience and see if anyone could learn from it. Still, it has been a daunting task.

So, it took a little over a year.  What took me so long?  There were times when I just had to walk away from it.  Take a breather and think about what I was doing.  So many incidents brought back pain and heartache and regret and I would end up reliving every one of them all over again.  You can’t believe how many things can just rush back into your mind as if they happened yesterday instead of years ago.  While time does create a sort of cushion for certain memories, it doesn’t mean that they still don’t hurt like crazy. So I’d write a little bit and then agonize. I would live it over again a bit, wonder what I could have done differently? Would I have if I’d had the chance? What if I knew then what I think I know now? Who knows?  It would take me a while to get over it and go on.  At the same time, I also found great comfort in reliving the happy times, the times that no amount of money could ever pay for.  I was actually sort of pleasantly pleased when tearing apart certain times in my life to find that along with all the problems and consequences, it was actually a very nice life, full of love and laughter and good things. God always loved me, the sun was still high in the sky, I still had my awesome kids and a large number of pets along the way so what the heck.  It was pretty much all good.

I do have to say, we women today have a tough time.

A book for the times...espcially for the Fixties, a generation of women who grew up in a time of expecting one thing from life and getting a whole different one.  You probably also married a Fixtor!  The world of finance, money and credit was HIS…not yours… until you find yourself plunged into it head first.... by yourself.  Share the journey of this Fixtie, drawn into the crazy world of financial pre-approval, credit card disasters and lawyers in stocking feet! You'll laugh at the warm family stories  and cry at the financial disasters and losses. Above all, you'll be encouraged as you follow the path to success as faith and persistence finally pays off.

This is J.J. Morgans first entry into the world of writing a book. Having written commercials, radio and newspaper copy, hundreds of flyers and informative pieces related to work, she is known as the "clip art queen" for the creative methods of getting the readers attention.  She also writes plays and skits for her classes at church and writing songs has been a life long passion.  Choosing a topic that one has actually lived isn't easy but believing you have an important message to share, having great faith and adding humor makes almost anything a little easier.  J.J. lives on a small "farm" with all her critters and rejoices in her eight glorious grandchildren.