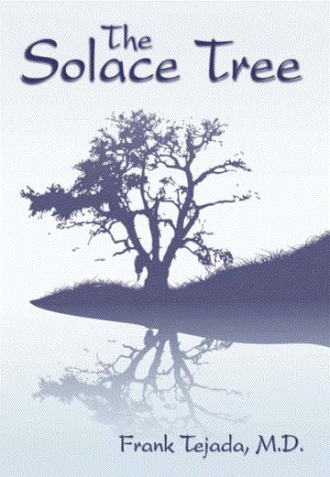 The golden-orange hue of the western sky when Maria arrived home still sparkled like a painting of a country scene by the old masters. The sun’s rays were like multiple polished swords, stabbing through the tall pines, hickories, and balding maple tress with its autumn colors. Like one of the lazy shadows of the trees from across the street, Maria walked languidly with bent head, dropped shoulders, and dragged her weighted steps toward the back of the house the special place she discovered when she first arrived at Albert’s place. She slumped heavily on the cast-iron chair under the umbrella of a wide willow tree by a small pond. She leaned her head back, closed her eyes, and let out a deep, resounding sigh, as if to expel a heavy burden.

Through the years, the place became her favorite spot, especially during her troubled times, to medicate and pray. The isolation and quietness were also ideal for her self-study projects, and served as her hiding place when Albert was in a bad mood.

The back of the house slopped down into a shallow ravine to a small pond, isolated and surrounded by river birches, pines tress, and emerald green ferns. Tangled ivies and kudzu vines bounded the bushes and trees into a conglomerate of heavy arbors. The relative quietness of the afternoon, except for nature’s tunes—the rustling of the leaves with the breeze, the chirping of birds, and the alternating sounds of crickets and frogs, as if in meaningful communication—was soothing antidote to her weary mind and body. The reflection of the sunlight against the tiny ripples on the surface of the pond was mesmerizing, and most importantly, relaxing.

The squirrels playfully running around, jumping, climbing on trees, and making taunting gestures and faces contributed to her entertainment, especially the mischievous one with a white-tipped tail that she later named Dolly. Initially, they seemed to be just curious of her presence, staring and making faces at her. Later, when they became used to her, they readily approached, stood on their hind legs begging for food, peanuts, or cereals, which she usually brought for them. Playfully, Dolly would occasionally climb on her head and sniff her ears.

Maria frequented the place for relaxation, meditation, and prayer. This time, her particular mission was to ask for the Almighty’s intercession on Albert’s behalf, to help, guide, and show him the right path to recovery. She always concluded with a wistful prayer and a special request. She mumbled, “Dear Lord, I hope You won’t get tired of me asking You repeatedly to help me fill the void in my life. I feel empty without knowing my origin. Please, Dear Lord, help me. You will make me extremely happy if You could show me the way. Thank you, Lord.” She kissed the cross of her rosary. 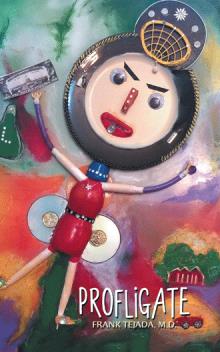 Maria Isidoro Schalalci, a petite mail-order bride from the Orient, is the second wife of Albert Schalaci, a lanky, stubborn fanatic, who has kidney failure, but refuses to accept the standard form of medicine.  Explanations, constant urgings and threats, fail to dissuade him from his unorthodox ways and belief.  He insists on his own herbal remedies with near-deadly consequences.

Despite his curmudgeonly personality, however, she stays with him, perseveres, and tolerates his shenanigans. Only through her vicarious sacrifices, determination, and tenacity, her husband escapes the inevitable. The willow tree by the pond, her retreat for prayers, meditation, and a hiding place from her obnoxious husband, helps maintain her sanity.

This story, although a dramatization, is based on the author’s professional knowledge and personal experiences with renal failure and its treatment.  It portrays patients with chronic kidney disease (CKD): the etiologies, symptomatology, physiology, processes, and benefits of the accepted treatment options. It is an aid to the understanding of the plight of patients and families with CKD: their miseries, frustrations, disappointments, and the successes and failures in the quest for compatible kidney donors.

The author aims to give the readers and the public a better understanding of the disease’s processes and its ultimate remedy, kidney transplantation, and hopes to erase the clouds of doubt, skepticism, and fear.

Life is sweet, help the unfortunates.

Dr. Francisco Tejada is a graduate of the University of Santo Tomas School of Medicine, Manila, Philippines. After several years of further medical training in the Chicago Hospitals, he ran his private medical practice for thirty years in Collinsville, Illinois.

Boredom of retirement ushered him to pursue several hobbies—oil painting, writing novels, and ballroom dancing. He still uses his medical skills on medical missionary work in the Philippines.

He has written two novels: The Treasures of Lamon Bay, about the experiences of a teenager in the Philippines during World War II, and Purple Caduceus, relates the inside perspective of the behavior and activities of the medical community. His third novel, The Solace Tree, is based on his professional knowledge and personal experiences with renal failure and its treatment modalities.

He is married and has six children and nine grandchildren.