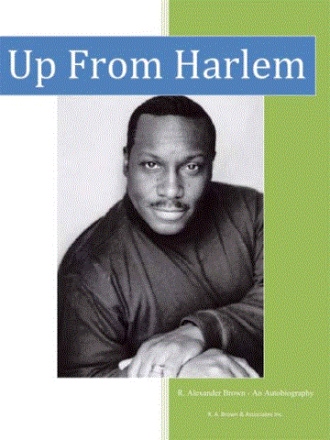 Junior High School. Legends were made of this junior high school. Let me indicate why that

statement is true. First the Dean Mr. William Gersh this man, rumor had it carried a gun to school.

He was a wrestling referee He was tall with a barrel chest and dressed good for a teacher. He was the

person who issued cruel and unusual punishment if you violated the school rules. He had school

monitors (a sort of goon squad) who worked for him who ruled the school with an iron fist. As I

watched these monitors, in the hallways, I wanted the powers and influence that they had. I wondered

if the monitors that Mr. Gersh used even went to the school. They appeared to be gang members from

the neighborhood. I was going between classes one afternoon, when I noticed some guys enter the

main lobby of the school, Mr. Gersh happen to be in the hall at the time. He approached these three

people, the next thing a fight breaks out between Mr. Gersh and these three people. I watched as these

people proceed to fight Mr. Gersh. The fight did not last long neither did I to hang around to see the

end of the fight. This fight set the school on end. Since Mr. Gersh was married to the gym teacher

and his brother was also a math teacher in the school. With that fight it appeared that Mr. Gersh, his

brother and his wife were no longer at the school. The new Dean was now Mr. Diamond. Mr.

its crown. The pain this ring inflicted was quite intense.

Mr. Flax was the principle, a short person and fair. That is as much as I could say about him. (See

class picture, I am standing top row first person on the left hand side behind Mr. Flax).

Ms. Polizzi was a gorgeous teacher with dark hair and a graceful posture. I love to watch

her, when she would sit on her desk to teach her lessons, (I was developing sexually and this was most

unfair.) On one occasion in her class, I developed an erection, just watching her style and grace. She

caught in a compromising position once, because, she asked me to stand up to answer a question. I

said “no” she repeatedly asked me to stand

, and I refused, how, could I stand to answer a question with

There was Ms. Jackson a full figured buxom black woman who lived right across the street from

the school in Franklin Plaza co-op. I was fresh with her on many occasions. I had found myself

challenging her and her position as a teacher. I found that Junior High School was a heck of a place to

begin developing sexually. Thank Goodness, my parents never found out, the things that were going

through my mind, at that time in my life. I would be celebrating the 45

th anniversary of my death.

Mr. Carroll lived somewhere on Fifth Avenue and one hundred and some odd street. Although he

was quite short, he made it up his with his ability to teach English also let me emphasis that this man

was deadly with an eighteen-inch ruler, which he kept an ample quantity in his supply closet. He can

strike your knuckles from any position. I can proudly tell you that I found out how to throw his ruler

aim off the mark. I found that if I move my hands from side to side I threw off his aim. My respect

grew for Mr. Carroll on the day he kicked my ass. Let me explain! Once or twice, a week we had at

the school what the school called group teaching. This is where two to four classes would gather in

the auditorium and one teacher would teach the group while the other teachers monitored the students.

Well on this particular day, I was feeling my oats. As Mr. Carroll was teaching, I was misbehaving.

Mr. Carroll walked up to me and said,

“Why must you act like a child.” In which, I replied, “You was a

child once to”; well with that

, said. Mr. Carroll proceeded to lift me up where my feet were not

touching the ground. (Remember, I said he was short) He hauled me to the back of the auditorium

were he proceed to punch me and ask me to repeat what I had said. I did and he punched me some

more. Again, he asked me to repeat what I said, and again I did. Again, he continued to punch me.

he asked me to repeat it, well this time I got the message and I said “nothing” at this point he

stopped hitting me. He put hi

Up From Harlem is an pictorial autobiography of the life and times of  Roland Alexander Brown. This book is dedicated to his family and friends who have made his life wonderful and worth living. It is a homage to the people who have influence his life over the last fifty years, and made him the person he is today. This Biography includes awards, people, education and other interesting facts pertaining to his life he wanted to share with friends, family and aquaintances.

Born in the village of Harlem New York, educated in Spanish Harlem, Traveled thoughout Europe for the past twenty-five years.  Work within AT&T, as a technician, consultant, engineer and manager, for twenty-eight years, now retired. Dual career with the United States Air Force Reserves as a technician, crew chief, First Sergeant and finally as a Family Support Consultant retired. Graduat of Monroe College, Community College of The Air Force. George Washington University. Other experiences include tax consultant, teacher, retail clerk. Currently employed as a Correction Officer with the City of New York.