The "Iron Man" and the "Mississippi Company" of Morgan's Raiders 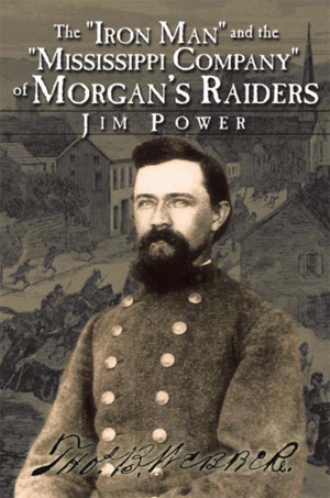 1861. "I only hope a false patriotism will never again induce me to put myself at the mercy of such a damnable despotism as governs the army...I will NEVER again belong regularly to the army though I will do my country good and efficient service and on the battlefield." (Webbers diary)

The year 1862 began with Thomas'  health problems easing, but he rightly had serious concerns over what actions the army would take due to his unexcused absence...Sufficient records tell of Thomas' bravery under fire and to his dedication to the cause in which he labored, even to the point that he continued to fight when ordered by the regimental doctor to drop out during the later Great Raid.

Webber with the 2nd and Colonel Ward leading the Tennessee 9th, both units dismounted, were the first troops across [the Ohio River]... There could be no turning back at this point as they began their raid into Indiana and northern territory.

Many military analysts and historians have expressed opinions of the value of the expedition, but the focus of this book is on the contributions of the members of Company F and the "Iron Man", Major Thomas B. Webber, to the raid...

R.A. McWilliams was im E. H. Crump's group that survived the raid in the Kingsport area in which Colonel Morgan was captured. McWilliams was chasing two men who fell into a large mud hole and McWilliams jumped into the same hole in order to capture them. Another member of Crump's detachment saw them and thougt that all were Yankees and demanded McWillaims' pocketbook. The man recognized his fellow warrior when the answer he received was anything but polite.

The rag-tag brigade met Jefferson Davis' escort at Charlotte and became part of the five brigades of 3000 men who guarded the president as he moved south...When  Davis was captured...it seems certain that Webber and his men had already departed for the west...Whatever thougts motivated Webber were of no consequence; the Civil War had ended.

The men [of Company F] were from varied backgrounds, but underwent similar experiences in fighting and in prison life. Unless one is in a rear echelon job, of which apparently Morgan had few, if any, the job of fighting the enemy and being on the firing line subjects almost everyone to the same risks, discomforts, exhaustion, and trauma. Consider the constant pressure the hunter would feel if the prey were armed and capable of of returning fre, for that was the situation -- hunter and "huntee" -- a very personable problem not faced by anyone except a front line soldier...This company and its sister companies took chances, fought with determination and distinguished themselves with their actions 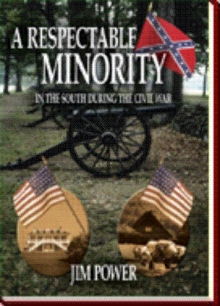 The story of a MS. cavalry compnay that becamr part of John Hunt Morgan's 2nd Ky. Cavalry. While the leader appeared to be a sickly misfit in his previous army service, due to his health his men had to help him mount his horse at the start of the "Great Raid" into Indiana & Ohio where most of the men were captured., but not before they began to call him the "Iron Man." After prison, he and many of the company escorted Jefferson Davis as he attempted to escape. The concluding chapter tells of the men and their return to a difficult life where many died very early. Considerable non-published and out of print material is included.

The author, a retired businessman, has written two previous books, "And it Came to Pass", a memoir of his mother and life in rural Mississippi in the 1920-30's, and "A Respectable Minority", that tells of the many Mississippians who did not embrace the Confederacy. He is a WWII  armored infantry veteran of an outfit that operated as many as fifty miles ahead of the regular infantry. He understands somewhat the sacrifices of the Civil War soldiers who often rode twenty hours a day. He also understands the trauma of combat, and the brotherhood of front line fighters.