A collection of short stories by the Camarillo Writer's Club 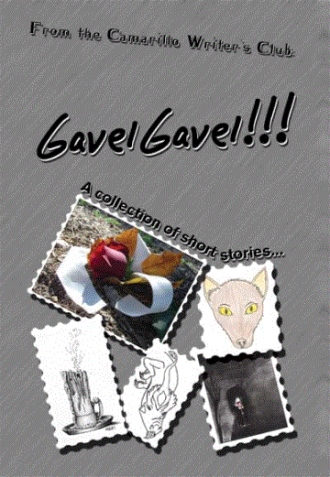 It was sunny, and it was hot. It was July. The boy’s shirt was plastered to his back and he stood on the porch. His feet were spread and his sweaty hands were clasped behind his back. He watched the old man rock back and forth in his chair, a bible in one hand and a rifle in the other. The bloodhound lay on the ground. His eyes were droopy and red. The old man stared at the boy and pulled his bushy eyebrows together and rocked back and forth.

“You wanna take my daughter out, hmmm?”

“And you’ve already asked her without my permission?”

“Hmmm…” The old man stroked his chin. The old man set his bible on his knee and pulled the rifle into his lap.

“Do you know what kind of gun this is, boy?”

“Do you even know how to use one of those, sir?”

“Keep sassin’ me boy, and we’ll soon find out.”

The boy gulped. The daughter’s form could be seen through the screen door. She was biting her lip. The boy shifted his feet and the porch creaked. The old man’s eyes swiveled to each one in turn. The bloodhound yawned, showing its white, sharp teeth, and then put his head on his paws. His droopy skin folded over and covered his paws.

“I’ve made my decision,” said the old man. The boy looked up hopefully.

“You’re just gonna have to wait a couple years. Maybe longer.” The boy let his head drop, nodded silently, and walked off the porch. The old man gave a knowing smile and went back into the house. He patted his daughter’s shoulder and she wiped away a tear.

Ten hours later the sun was gone. It was still hot. The boy’s black hair was hanging in wet strands in front of his eyes because of the humidity. He stood beside the porch again, this time with a handful of pebbles. He threw them one by one at the daughter’s window until she opened it. She smiled and held a finger to her mouth, telling him to be quiet. She came down and opened the door, meeting him on the porch. The sound of them walking to his car hand-in-hand didn’t make much difference to the old man, because he was asleep.

The Camarillo Writer’s Club is an eccentric collection of crazy people randomly pieced together from the public library system. We cover all ranges and genres, and have worked hard to cobble-together this compilation book(which was NOT assembled by elves or fairies, despite what they may like you to believe). Inside you will find thirty-three short stories and fifteen poems written by seventeen different authors.

The Camarillo Writer’s Club was founded in August of 2007 and meets diligently every week to exchange manuscripts, talk about books, and discuss the best places to stash dead bodies. The Camarillo Public Library graciously provides us with a meeting room, and so the madness continues.