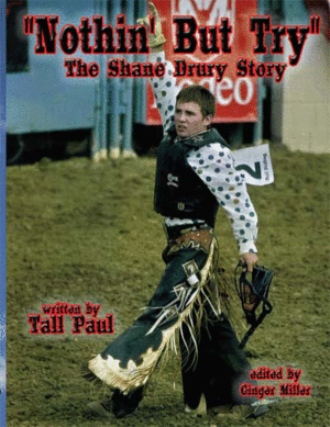 The day came that everyone had waited for; Shane was declared cancer free.  Now, it was back to the rodeo circuit and business as usual.

Just two months after his final chemo treatment Shane was back in the rodeo arena riding bulls.

The support for Shane had been unimaginable.  The Justin Crisis Fund had kicked in to help with bills, there were the proceeds from the Weatherford fundraiser, friends and family helped out in any way they could.  The payoff was seeing Shane’s return to the game he so loved, bull riding.

One of Shane’s comeback rodeos was in his hometown arena of .  As he was getting in position to ride his bull a hush came over the crowd and then burst into a roar as the announcer began, “They said he would never ride bulls again, but you give me some thunder for Shane Drury.”

Shane nodded and the gate opened.  Together, Shane and the huge, brown bull burst into the arena; first spinning to the right and then back around to the left.  The crowd yelled and cheered, “Go, Go, Go” and screamed with excitement as it appeared that Shane was going to make the eight-second whistle.

He began to slip to the side of the beast as it bucked, spun and twisted ferociously in its attempt to throw Shane to the ground.  Not to be undone by the bull, Shane performed as he had done so many times before his cancer, gripping, spurring and holding on with all his might and determination.

What seemed an eternity ended with the eight-second buzzer sounding and Shane still in command of the bull.  There was a deafening roar from the crowd that overshadowed  announcer Rorey Lemmel’s microphone until he, too, burst into a scream, “Shane Drury, I don’t care what the score is.  That man has fought every battle and looked it in the eye.  That is yours and my hero, Shane Drury, Shane Drury.” 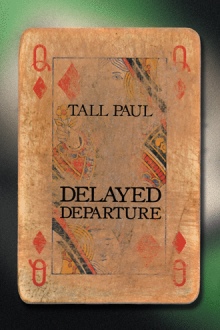 Tall Paul’s “Nothin’ But Try” is the life story of Shane Drury, a professional bull rider who was diagnosed with ’s Sarcoma.  The book details Shane’s life of sports, rodeo, family, friends, faith, grit, determination and “try”, as he fought his courageous battle with the deadly disease.  Both inspiring and endearing, the story takes you from Shane’s first bull ride through his entire career, highlighted by his appearance at the National Finals Rodeo in , and his record setting 95 point ride in .  The many photographs give you an up-close and personal look at Shane.  You will read of his own testimonial with regard to his faith, the cancer and his reflections on life.  The book speaks of how Shane’s faith and courage impacted the lives of others, many who had never met him.  “Nothin’ But Try” is more than just the story of a young man who was taken from this earth way too soon.  In reading his story, you will feel a special relationship with this wonderful young man who never quit, never gave up and never lost his faith in God.  You, too, will fall in love with Shane Drury.

Tall Paul is the pen name for Paul Drury.  He was nicknamed Tall Paul decades ago and for some reason it stuck.  Tall Paul performed on stage as a singer/song writer and has written articles for various newspapers throughout the .  As his sons grew into young men, they and all their friends referred to him as Tall Paul and thus a fitting pseudonym for a book about the life of his youngest son.  His cowboy background gives him his western flair, humor and “cut to the chase” writing style.  A single father of three boys, Tall Paul is well grounded and writes with compassion and understanding.